OPINION | DSU should do more to celebrate pride 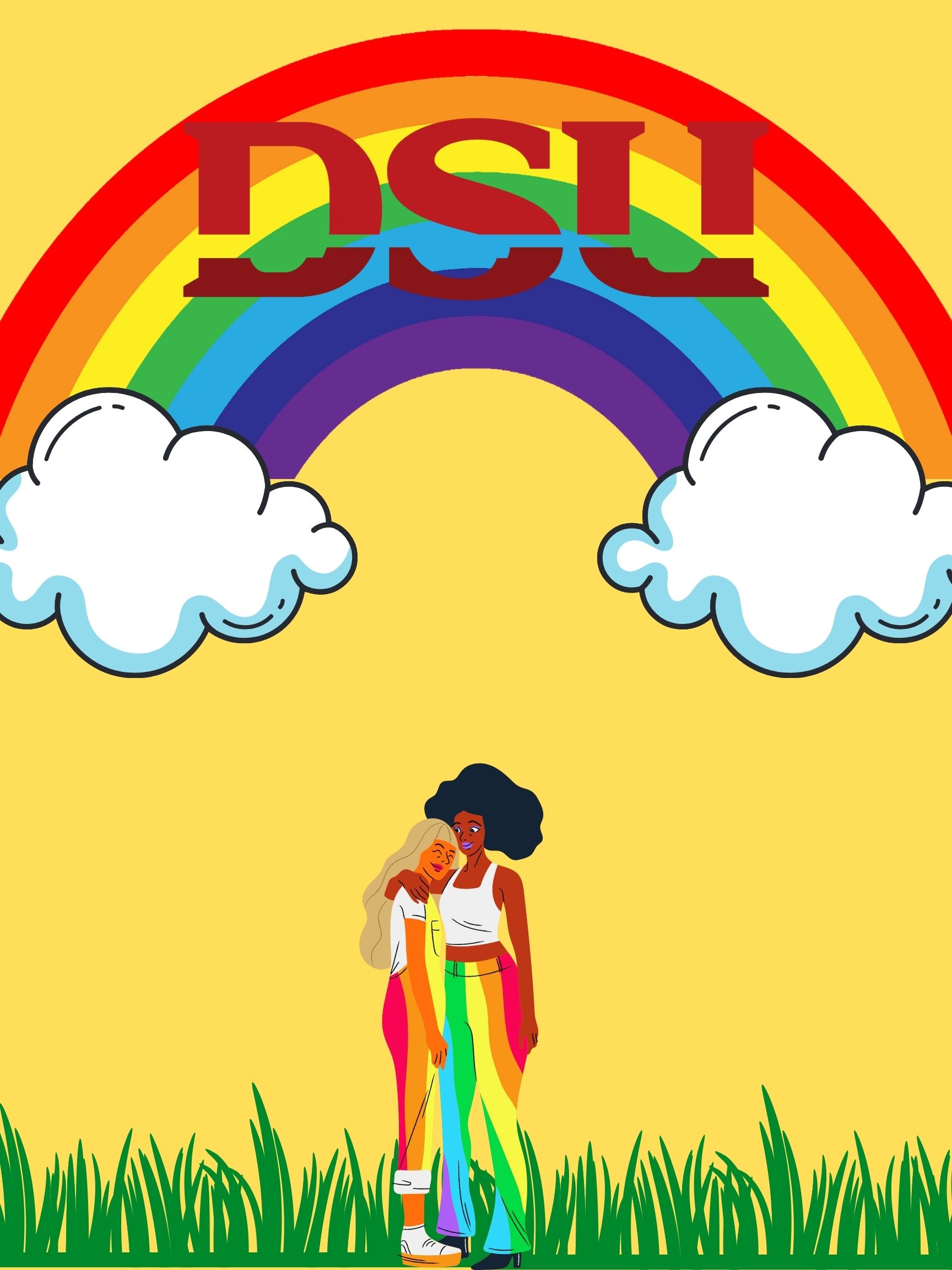 While pride week is celebrated over the summer, Dixie State University should be doing more to show their pride in LGBTQ students. Graphic by Yara Al-Badri

Dixie State University should do more to celebrate its LGBTQ+ students during pride week.

Pride week at DSU takes place in January, and while the effort is appreciated, more should be done to adequately represent this community of individuals. Outside of the LGBTQ+ Resource Center or the students already involved in the community, pride at DSU doesn’t gain much traction.

As DSU grows, it’s important to keep up with surrounding universities. The University of Utah and other higher education institutions celebrate their pride week by changing the color of their logos to rainbow.

After the same-sex PDA ban made by Brigham Young University, surrounding colleges have gathered together to show their support for their LGBTQ+ students. Salt Lake Community College painted its crosswalk rainbow to show its students that all love is accepted on their soil.

Chuck Lepper, vice president for student affairs at SLCC, told Deseret News, “Although it is only made from different colors of paint on asphalt, it is a symbol that matters.”

Although changing a few colors is a small gesture, it makes big changes. It shows love and acceptance from SLCC and would do the same coming from DSU. This can go a long way in creating more inclusion on campus. It would be comforting for LGBTQ+ students to see representation for their community on their walk to class.

To better Participate in pride week, DSU could wrap the colors of the rainbow around the free-standing “D” in front of the alumni house, and change the colors of the clock tower into a rainbow hue. It would stand for the love and support all students at DSU are granted.

An NBC News article stated, “This void in curriculum fosters an environment where queer students are isolated and invisible on campuses.”

DSU could pull inspiration from surrounding universities. For example, the University of Utah has brought in Laverne Cox, an actress, and a trans rights activist to speak on LGBTQ+ rights to students.

DSU should do something similar by having guest speakers to help educate staff and students on pride and why we have it. DSU has opportunities for guest speakers among the LGBTQ+ Resource Center, students, or LGBTQ+ alumni; ultimately a platform can be given.