Thanksgiving around the world 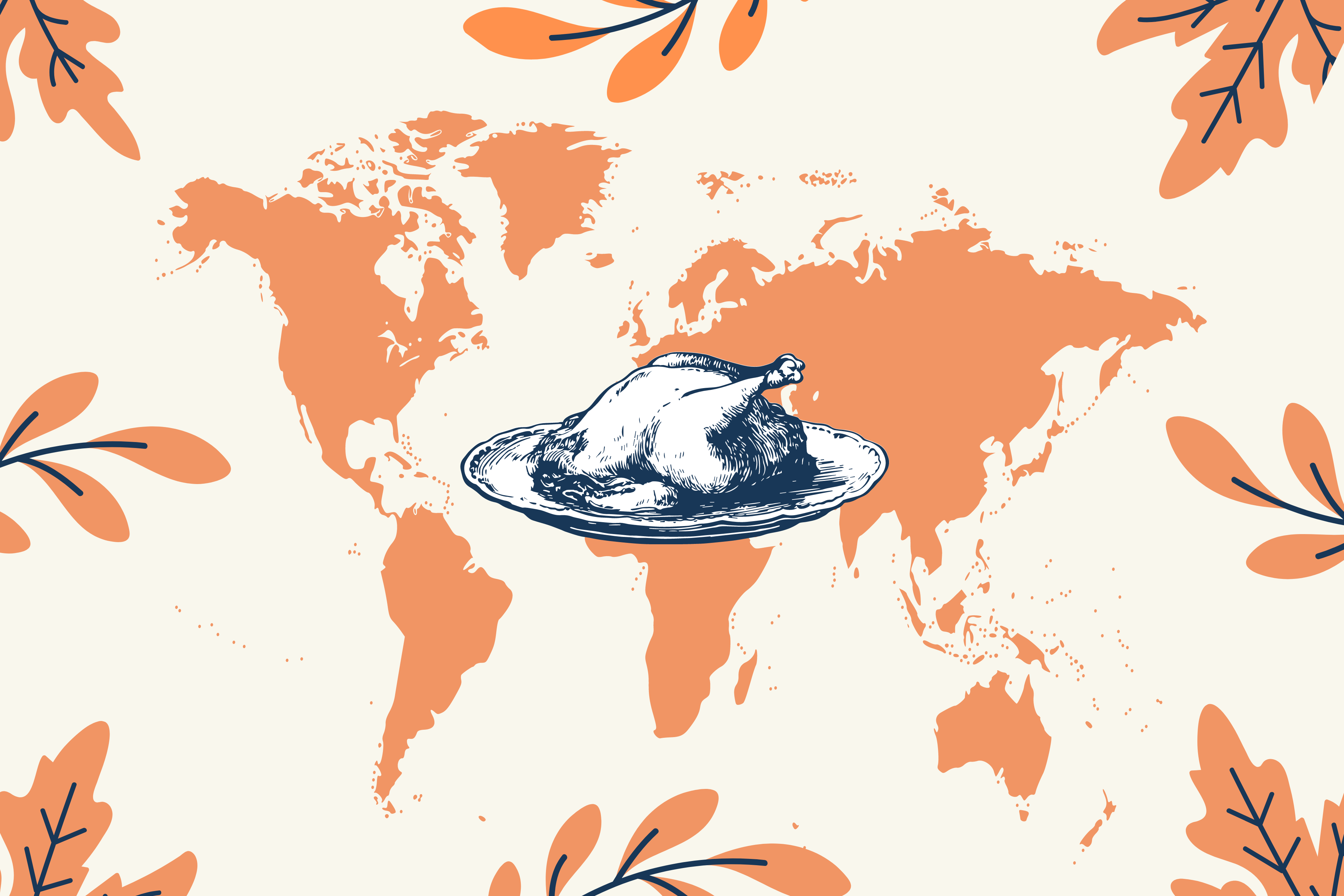 Thanksgiving is a holiday that celebrates gratitude toward our blessings. Every family around the world celebrates Thanksgiving in their own way. Graphic by Izzy Johnson.

Giving thanks is celebrated all around the world and may be different than the Thanksgiving you have previously experienced.

We all celebrate the holiday of giving differently, and each family has their own unique traditions. Here’s a list of five countries and their holiday traditions.

Canadian Thanksgiving dates back 40 years before the U.S., going back to 1578. This is considered to be the very first Thanksgiving celebration in North America. Their Thanksgiving is centered around bountiful harvest instead of focusing on the pilgrims.

“Canadian Thanksgiving is the second weekend in October because snow starts falling at the end of October and it pretty much feels like Christmas in November,” said Ayana Brown, a senior accounting major from British Columbia, Canada. “It’s pretty similar, a big family dinner with turkey, ham and lots of different vegetables.”

The Canadian Thanksgiving is almost identical to how it is celebrated in the U.S., it only falls a few weeks earlier on the calendar.

In Spain, there isn’t one day dedicated to thanks or the harvest season. It’s more about celebrations of individual harvest. In late August, they celebrate La Vendimia in Requena, Valencia, which is for the grape harvest. On Oct. 31, many cities celebrate Castañadas y Otoño, which means chestnuts and autumn.

“I would say I first learned about Thanksgiving through the movies and shows I watched as a kid,” said Alejandra Henriquez, a junior graphic design major from Barcelona, Spain. “The first time I ever had a Thanksgiving dinner was in Sweden; the senior couple overseeing the Young Adult Center prepared the meal for us.”

Thanksgiving in Germany is referred to as Erntedankfest, which means “harvest festival of thanks.” It takes place on the first Sunday of October, which often follows their celebration of Michaelistag, which means Michaelmas on Sept. 29.

During a typical Erntedankfest, individuals may carry an Erntekrone, a harvest crown of grains, fruit and flowers to the church in a solemn procession and feast on various dishes.

Though rural areas take the harvest festival more literally, churches in German cities will also join in on the celebration. They give thanks for the good fortune their congregations experienced during the year.

China celebrates its annual Chung Chiu Moon Festival, the fall harvest, on the fifteenth day of the eighth lunar cycle of the year. Chinese families come together for a three-day feast. This feast features a delicacy they have, moon cakes.

Moon cakes are round pastries that usually contain duck egg yolks, lotus seed paste and sesame seeds. The yolk represents the full moon and the cakes usually contain the baker’s insignia on the top. Families and friends will share these pastries as a symbol of peace for the new season.

Families will then watch the full moon and recite poetry, or for couples, they celebrate romance under the full moon.

“I find it fascinating that cultures around the world have similar celebrations and holidays despite being completely different,” said Lin Tian, a junior mechanical engineering major from Hangzhou, China.