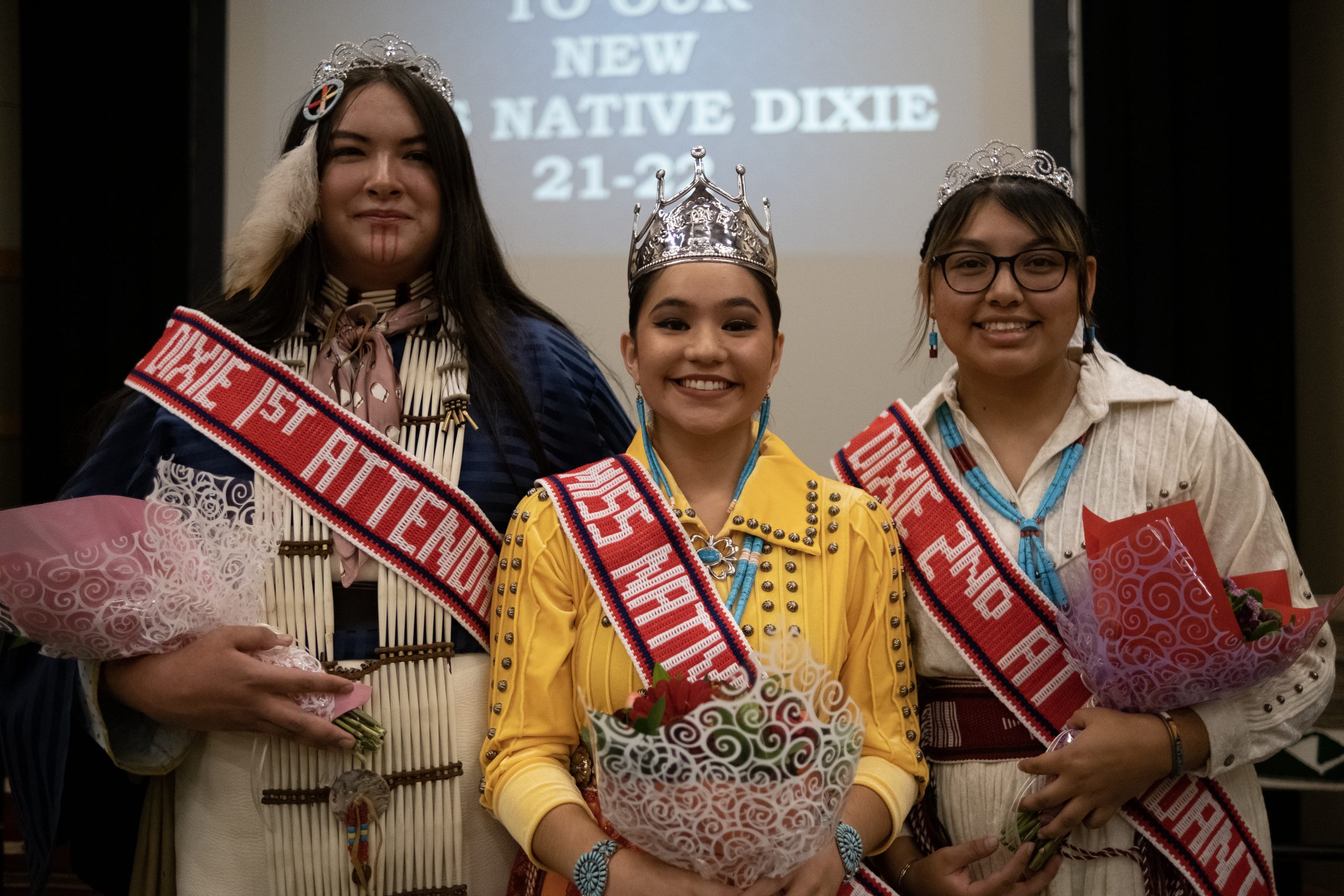 In honor of Native American Heritage month, the twenty-fifth Miss Native Dixie State title was crowned to a woman from the Navajo tribe.

Each of the contestants answered a judge’s question, performed both a modern talent and a traditional talent of their choice, and presented themselves several times on stage. The contestants spent countless hours preparing for the pageant. Here is the scoring breakdown from the pamphlet handed out at the event:

Second attendant winner is Cristal Nizhoni Elena Elias, a senior exercise science major from Cedar City. Her modern talent was creating and designing a ribbon skirt. Her traditional talent represents the “circle of life,” as she showcased a hoop dance.

“I wanted to run for Miss Native Dixie because it’s a way to show each of our cultures and why it’s so important to showcase each of the tribes we come from,” Elias said.

She is affiliated with the Navajo tribe and also serves as the vice president of the Native American Student Association at DSU.

Contestant No. 2 – Naji Runs Through

The first attendant winner is Naji Runs Through, a sophomore art major from St. George. Her modern talent was fashion, and she was able to showcase a video with a couple of her own designs. The traditional talent Runs Through did was storytelling.

“Being a trans-woman [and] two spirited, I have always felt like their are certain things and places I am not allowed to take up, after working on myself and acceptance of my identity, if anything Miss Native Dixie is exactly the space for me to take up,” Runs Through said.

Runs Through is affiliated with the Fort Peck Assiniboine tribe.

She said the most important issue her generation is facing is pushback from older generations that are afraid to pass over their power to younger generations.

“Living in Saint George all my life, I have seen how underrepresented indigenous people are in this community and on top of that, the under representation of plains native let alone two-spirited individuals,” Runs Through said.

Becenti is affiliated with the Navajo tribe.

She said events like the Miss Native Dixie State pageant are important in the community because it is an opportunity for native women to have presence and allows for them to have a spot to be present.

“If you see me on campus and you feel like I can help you in anyway [or] if you are struggling and need resources I am here,” Bercenti said. “Even if we have never spoken before, I am here, as far as I’m concerned, we are already friends and family.”