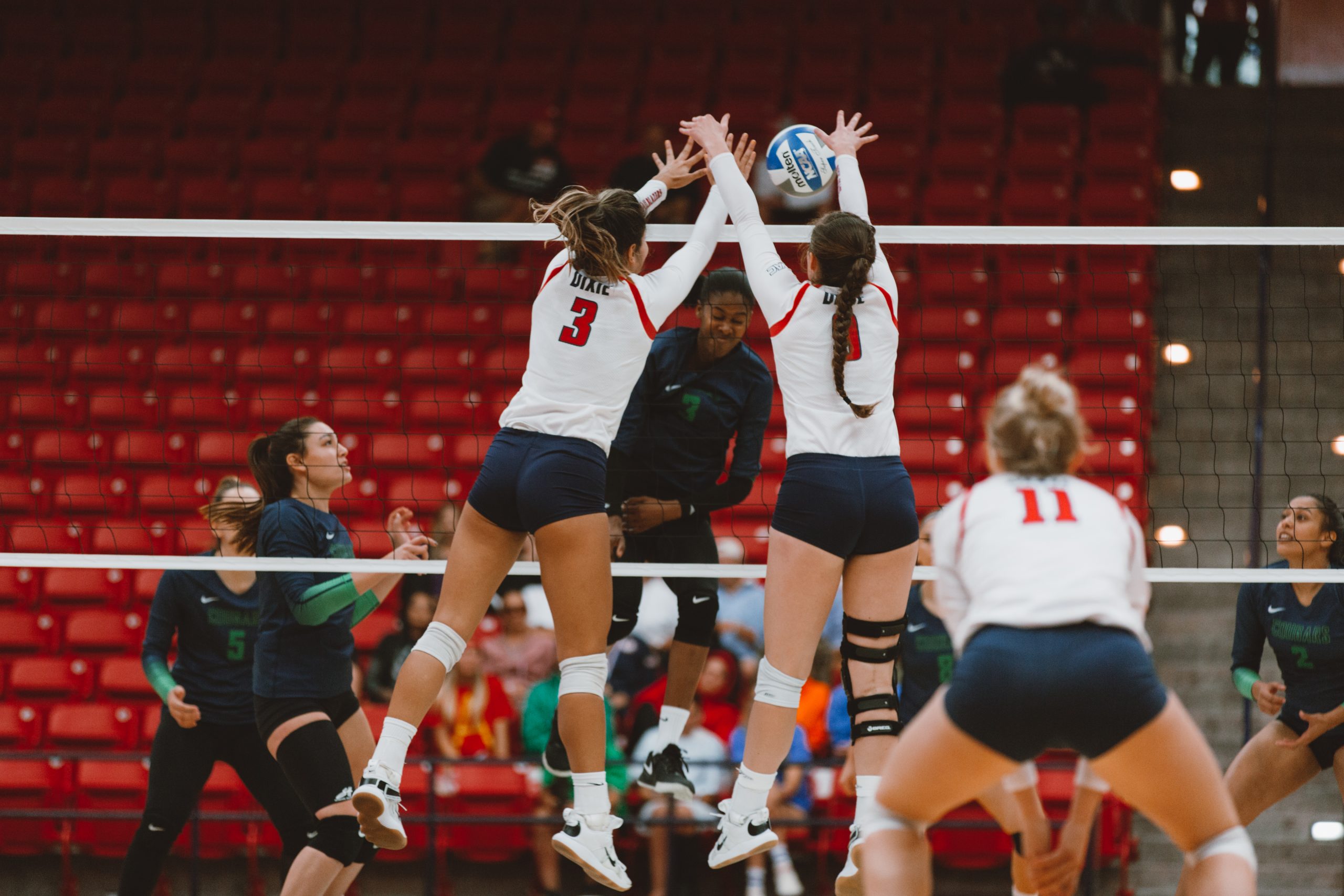 Outside hitter Hannah Howard, and middle blocker Lizzy Clark set up a block against Chicago State University. DSU volleyball fell to the cougars in a sweep. Photo by Emily Wight.

Dixie State University women’s volleyball squared up against Chicago State once again on Oct. 28 with CSU taking the lead.

The Trailblazers were just a couple of points behind Chicago starting the game off at 10-12.

“We push each other, for the next game we’re gonna really bond and know that when it comes to the court we have each other’s backs,” said Hannah Howard, a sophomore general studies major from Bountiful.

The Trailblazers came out hot in their second set, scoring the first two points and keeping a steady tie with CSU. The second set was a close game in score.

CSU broke the tie at 6-5 closing the second set at 25-16 and taking the lead again, but the Trailblazers were in no mood to give up.

“We’re more strategic this time, we’ve been getting more and more competitive throughout the season,” said Elizabeth Clark, a senior exercise science major from sandy.

CSU was ready for a fight in the third set, taking a lead of 13-10. The trailblazers showed us just how competitive they can get keeping a steady rise at 13-11.

The Trailblazers are taking the time to improve their game before taking on New Mexico State on Nov. 4.

“For our next game, it’s not so much our skill but our mindsets, we’re still pushing and working hard,” Clark said.

The Trailblazers are working hard toward their goals and getting accustomed to playing as a D1 team. They are taking the time to work for each other rather than individually.

“For our next game, we want to make sure that we’re passing better and making sure we’re executing with discipline and communication,” Head coach Kamilla Hafoka said.

“I feel like our future’s really good, we have young kids who I know will carry this program,” Hafoka said. “We also have seniors here that have been a great example, changing the culture and setting the example for what we want our culture to be.”