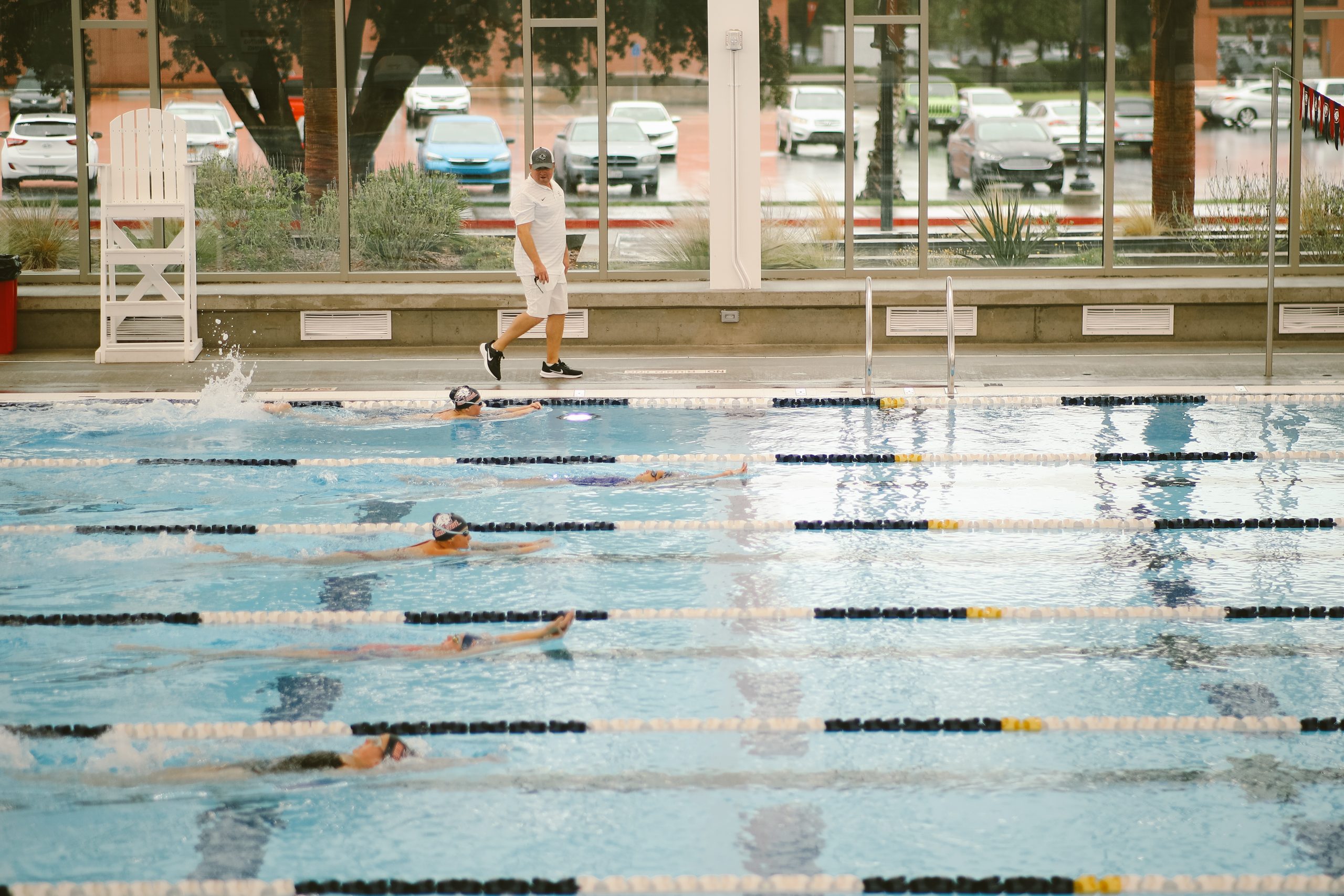 In just the second meet of the season, a Dixie State University women’s swim team record was broken.

Often when collegiate records are broken, they take an entire college career to accomplish and work towards breaking. This wasn’t the case for Paulina Sansores, a freshman management major from Queretaro, Mexico, and the 1,650-yard freestyle meet.

To make this record-setting performance even more impressive, Sansores is a freshman international student in her first semester of college.

In only 17:32.86, Sansores broke the previous record holder’s time and etched her name in Trailblazer history.

“I honestly wasn’t expecting to take down the school record because this time of the season we have a lot of things on our plate, and I was just focusing on having fun,” Sansores said.

Sansores didn’t even realize immediately after the race she was a record holder.

“One hour [after the meet] my coach called to tell me that I took down the school record and I was the new record holder,” Sansores said.

Sansores couldn’t go without giving those closest to her credit and appreciation for the new record.

“I was so happy because I wasn’t expecting [to break the record] and now I am so proud of myself; I’m grateful for my coach and teammates and for all their support,” Sansores said.

Sansores’ success traces back to when she was 6 years old and began swimming competitively. As she grew up and participated in swim meets in bigger arenas, Sansores’ desire to swim in college was sparked.

“I realized I wanted to swim in college after a meet at [University of California] San Diego,” Sanosores said. “Ever since that meet, the only thing I was telling myself was ‘I want to experience this one day at the collegiate level.’”

The opportunity for Sansores to swim at the collegiate level came, and she matched well with DSU and the setting it has to offer her.

“When I was looking for a college, I was really looking for that connection and I really felt that with Dixie State,” Sansores said. “This made my decision to commit easier because I already felt this connection to the school, plus the incredible environment and all the opportunities that the school has to offer to student-athletes and all the opportunities to succeed in my student and athletic life.”

The only thing that was missing from St. George was Sansores’ family. The rest of the Sansores’ are over 1,700 miles away back in Queretaro, Mexico.

“My family is a little bit sad because of how far away I am from home,” Sansores said, “However, at the same time they are happy because I’m here following my dreams and experiencing something completely different.”

As Sansores has worked on integrating herself in St. George and at DSU, she has also done an excellent job of solidifying herself on the team

“[Sansores] has made a huge difference on our team by bringing a spark of hard work along with high energy,” head coach Dan Kesler said. “I have never been around a more accepting group of women in my life. Nothing matters but the person you are.”

The Trailblazers are back home at the Human Performance Center at DSU for the Dixie State Trailblazer Invitational Nov. 18-20 beginning at 10 a.m. all three days.