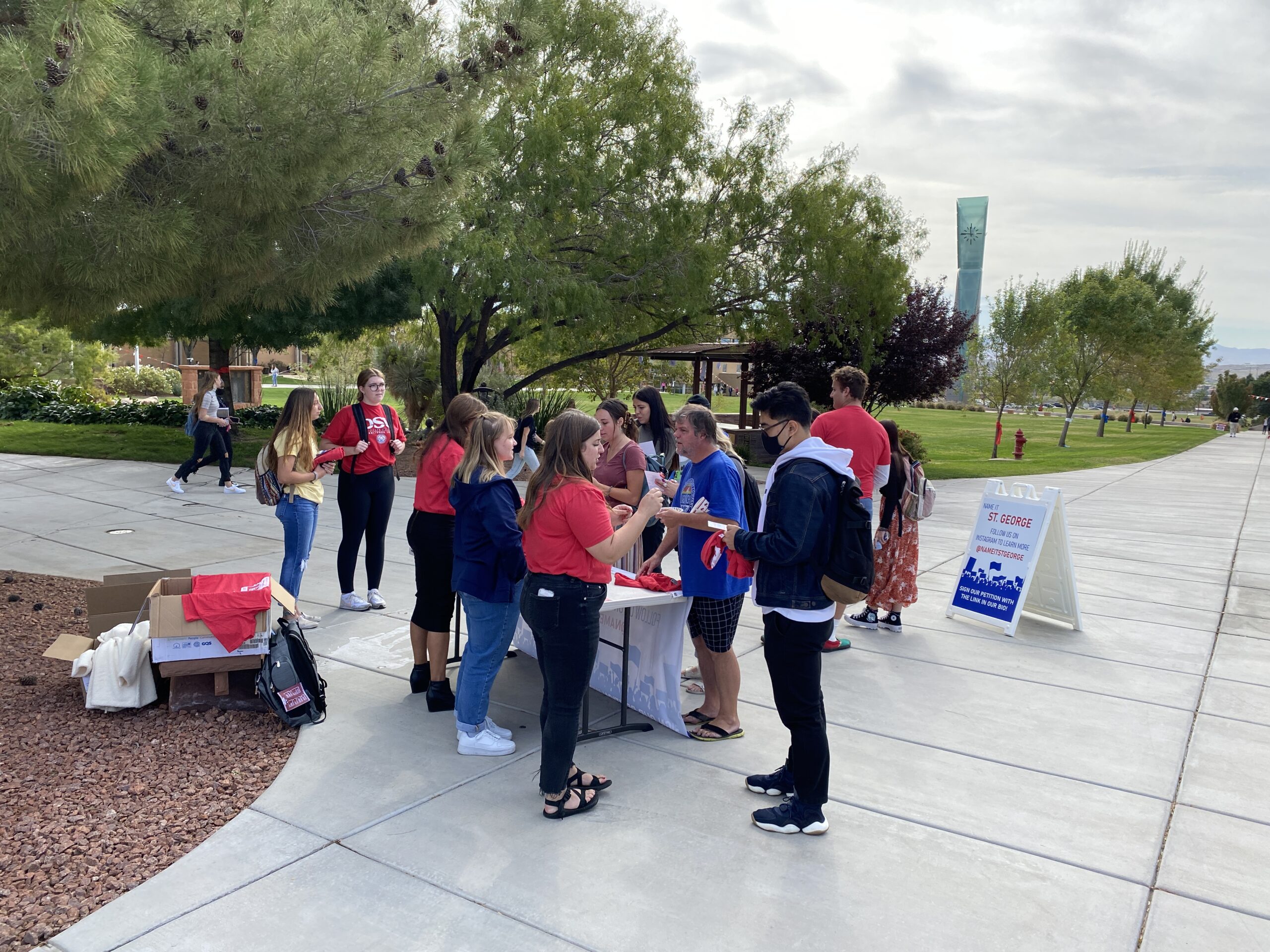 Kaitlyn Larsen, a junior business management major from St. George, and English professor Alex Ence joined together to create a group called “Name it St. George.” Their mission is to educate the student body and community about why Utah Tech University is not a good fit for the university and why the new name should better represent the region.

Ence said the recommended name does not meet this requirement stated in the bill because it does not adequately represent the surrounding region.

Ence decided to reach out to a student who has also been vocal about her disagreement with the proposed name and bring attention to the rest of the DSU community.

Ence and Larsen have been speaking with members of the Legislature (who have asked to not be publicly named) about their proposed name and have been told that the Senate has the same concerns about the name changing to Utah Tech University.

The two women plan to go before the House Education Committee when it holds the meeting to vote whether to send the proposed name to the Senate or not.

Larsen said during the time the university created surveys to narrow down a new name proposal, she felt like the majority of the community favored the names that represented the region, such as Desert State University and Greater Zion University, but “those were completely set aside by the Trustees and they just went with what they wanted anyway.”

After the community backlash in response to the original proposal, Utah Polytechnic State University, the Board of Trustees altered their recommendation to Utah Tech University. Larsen said although the university probably felt like this was a compromise, it was not because it still does not meet what the students want.

Larsen said: “I feel like southern Utah is so unique… so it feels weird to be generic with the rest of them like Utah Valley; I like that [our name sticks] out. I love Dixie but I understand that it has to change and I respect it, but I wish we could pick something that can represent the heritage because our heritage is what this whole town has been built on.”

The intention of the group is to educate students, Larsen said. She was shocked at how many students thought the new name was already finalized.

“Students’ futures can rely on the name, so it’s not good to not pay attention and know what’s going on,” Larsen said.

Although Larsen said her future career won’t be hurt by the name change, she has friends applying for medical school who have been told that they need to transfer because if their degree has a tech school on it, they don’t qualify.

Ence said even though DSU administration is promoting it to be different from other tech schools because the university still offers other programs, it can still cause confusion and the marketing is going to be complex.

Ence said: “I am supportive of the name change, but the reason I didn’t love Utah Tech is because it cuts the community out. That has been my concern from square one… St. George was the original name, so we feel like that is getting back to our roots.”

In the end, Larsen said everyone should fight for the name they respect and believe in.

“Name it St. George” held a “Red Out” event on Oct. 20 as a silent petition for the student body and community to keep the name local. The group will continue to raise awareness on campus by talking with students and posting on their social media account regularly.