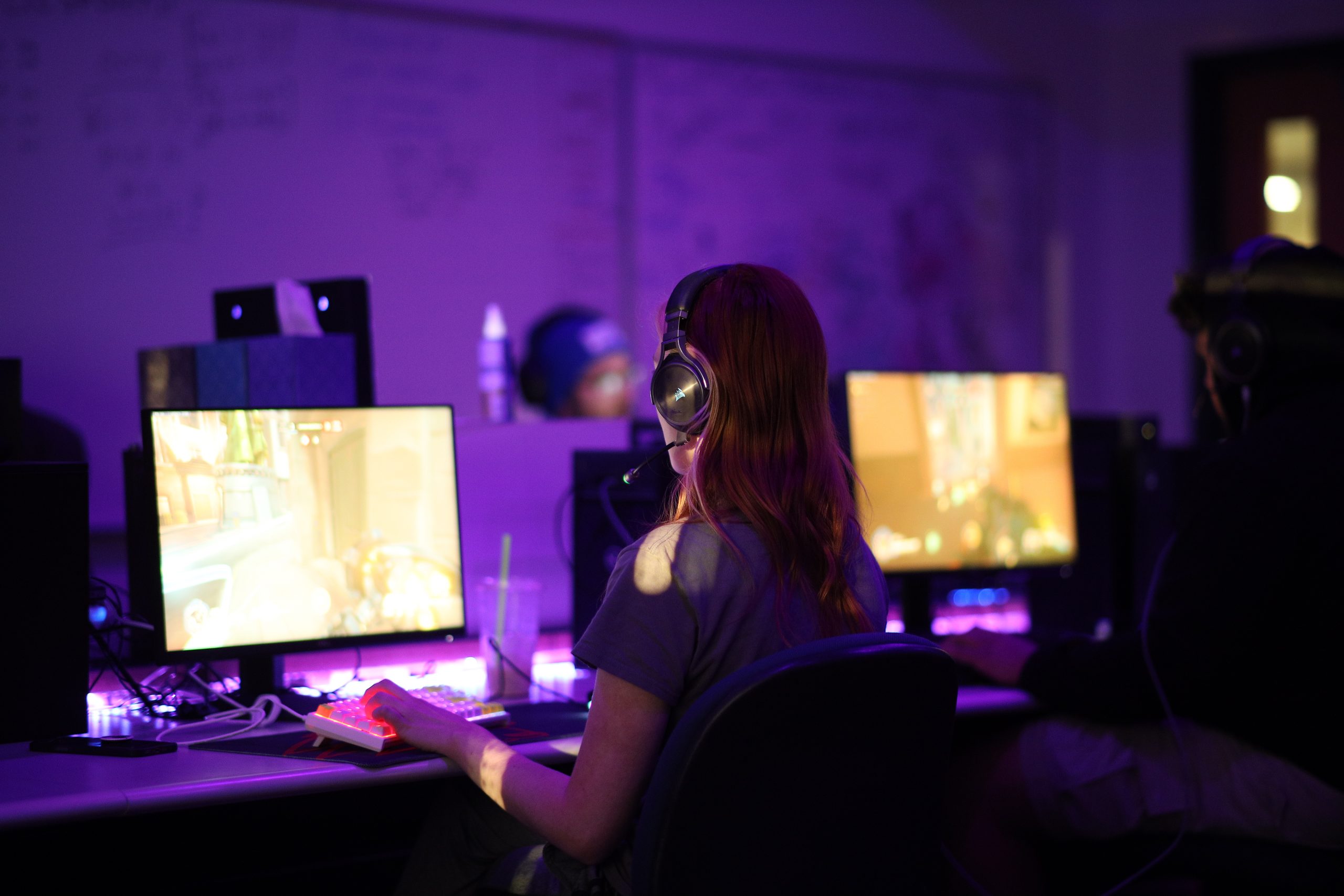 You can find this Dixie State University’s sports team in the computer lab, not on the field.

DSU’s E-Sports team is a club sport for students interested in online gaming. Daniel Finnegan, a junior design major from St. George, is the team’s current president. The E-Sports team was established in 2018 and transitioned to a club sport this semester. The team is split into two branches: Casual and competitive gamers, Finnegan said.

Finnegan said the team has over 500 discord members, including students and St. George community members. The team’s discord is the most active platform for gamers.

“The best way to join the club and get all the information is to join the discord,” Finnegan said.

The E-Sports team’s Instagram is another resource for students to find out about gaming events, Finnegan said. The team hosts a variety of events throughout the semester that students are welcome to participate in.

“Right now, we have three LAN parties throughout the semester,” Finnegan said. “Those are game parties where you can just bring your computer and play with a bunch of people.”

The E-Sports team also hosts service events for team members to participate in. Members of the team held an unofficial hike to honor those struggling with Alzheimer’s, Finnegan said.

“We walked about four miles and I donated $20 to the organization,” Finnegan said.

An official Walk to End Alzheimer’s event was held on Oct. 23 from 9 a.m. to noon in St. George. Finnegan said he and other members would not be able to attend the official walk, so they held their own walking event instead.

Carlos Plummer, a junior film major from San Luis Obispo, California, joined the E-Sports team to make friends and explore the world of online gaming. He learned about the team through someone he met on campus who played “Overwatch” on the team.

“Everything was just kind of gloomy around here and I was just looking for something to do and people to connect with,” Plummer said.

Plummer said his favorite game is Overwatch because he enjoys story-based games. He has spent nearly 3,000 hours playing Overwatch to learn everything he can and get better at the game.

“It [Overwatch] takes everything I like about character design and good story into a competitive, fast-paced multiplayer setting,” Plummer said.

The E-Sports team currently plays six games: League of Legends, Overwatch, Rocket League, Smash Bros, Call of Duty and Hearthstone. The team competes against E-Sports teams at other universities and the success of the team depends on the game, Finnegan said.

“Our Overwatch team is [ranked] top 64 in the nation right now,” Finnegan said.

Last year, the team spent more time gaming in the Atwood Innovation Plaza, but now they have a lab in the Udvar-Hazy building. Plummer said the plaza was out of the way which made it difficult to get access to the building.

“Being right here on campus, at the heart of the Hazy, it’s really nice,” Plummer said.

T.J. Tutasi, a junior criminal justice major from West Valley City, joined the E-Sports team because he wanted to strengthen his gaming skills. He was drawn to E-Sports due to the diverse crowd of gamers on the team. Tutasi is a narrative-driven person, so he enjoys games with strong plots and storylines.

“[Online gaming is] the best form of media because you’re playing a character but you’re feeling everything that they’re feeling,” Tutasi said. “Their story is collectively your story within the game.”

As for the future of the E-Sports team, Finnegan said he wants to move the team into a department at the university and hopes to have professors teaching courses around E-Sports and online gaming.

The team’s mentor Nate Snow, an associate professor of media studies, has previously taught a history of video games course. With the potential expansion of the team into a department, Tutasi said he hopes students can receive scholarships through the team in the future.

For students interested in checking out the E-Sports team, there will be a Halloween-themed LAN gaming party on Friday, Oct. 29 from 5 p.m. – 11 p.m. in the Atwood Innovation Plaza. Students can dress up, play games and food will be provided.