How to game day prep 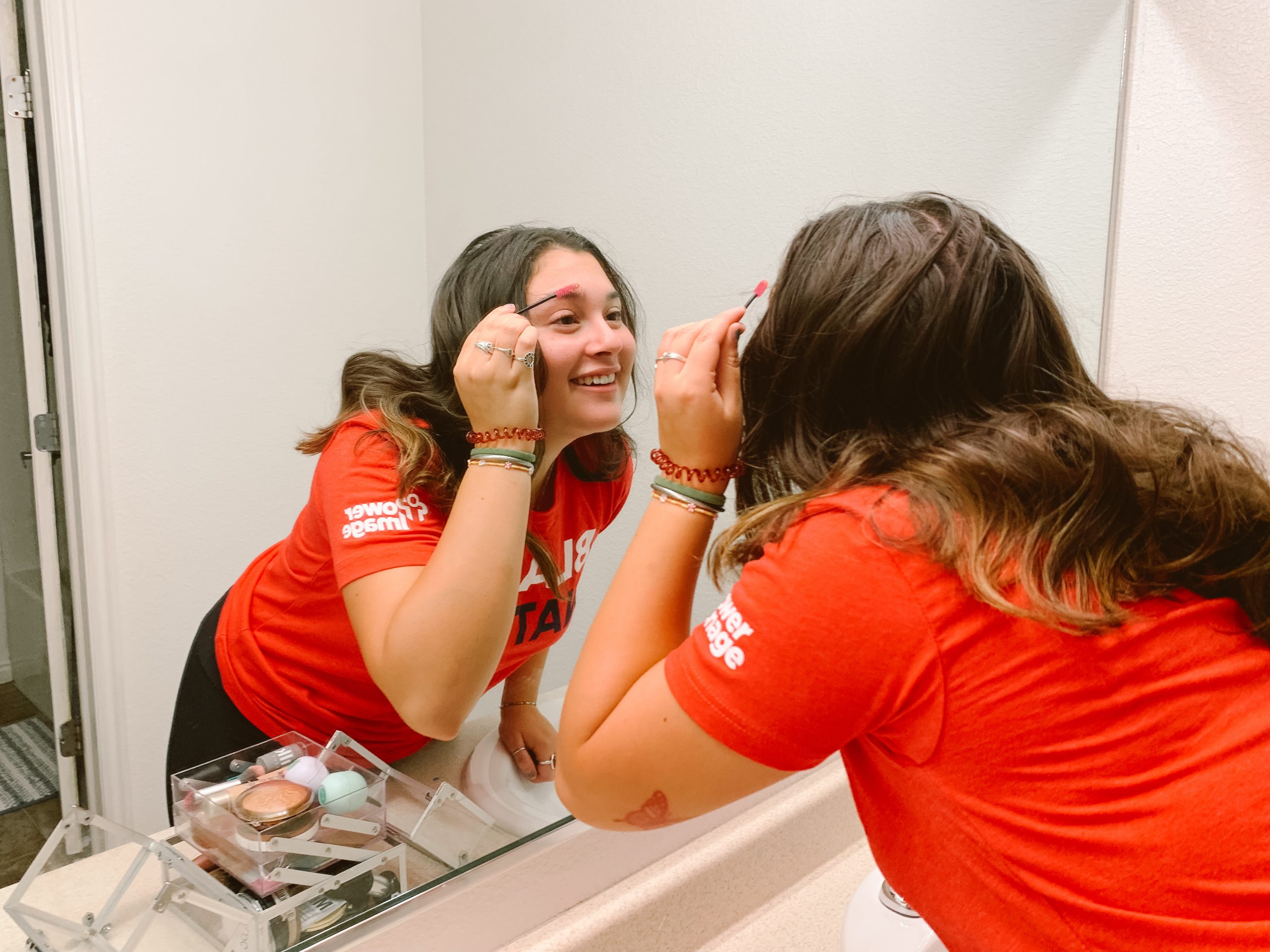 Isabelle Moreno, a freshman biology major from South Jordan, gets ready for the football game. The fun of a game stretches beyond the field as students prepare for the game. Photo by Izzy Johnson.

Football season is the time for Trailblazers to get excited to watch their team blaze new trails on the field.

For information on upcoming games and events, students can refer to DSU’s social media pages.

On the social media accounts, students can find information on upcoming dress-up themes, times and days of games along with information on tailgates.

Two hours before each home football game DSU hosts a tailgate on the east side of the Greater Zion Stadium. Tailgates are a great way for students to get hyped before the game even starts.

“There is food, music, games and a whole lot of things to do,” Stampede Operations Manager Sydney Bauer said.

With the growing student body size at DSU, attendance at football games has also increased. The student section, better known as The Stampede, seats have not increased in size at the Greater Zion Stadium.

The entire stadium can hold just over 10,500 fans but the student section is only a small part of that.

“Our student section fills up fast,” Bauer said, “If you are not in line waiting for the gates to open then good luck trying to find a place in the student section.”

At the prior home games this season, students have been turned away when capacity has been filled. In order to make sure you get a seat, it is recommended for students to come 30-60 minutes early.

The gates open an hour and a half before kick-off so students can go early enough to get a seat.

“The best way for students to show their school spirit is by participating in the student section,” Bauer said, “We are constantly doing different cheers to get everyone hyped as well as showing our football team that we are here for them.”

Whether you participate in the school’s game traditions or have traditions of your own, come to the game ready to cheer Trailblazers on to a victory.

“Be invested in the game, and that makes it so much more fun for everyone,” Bauer said.