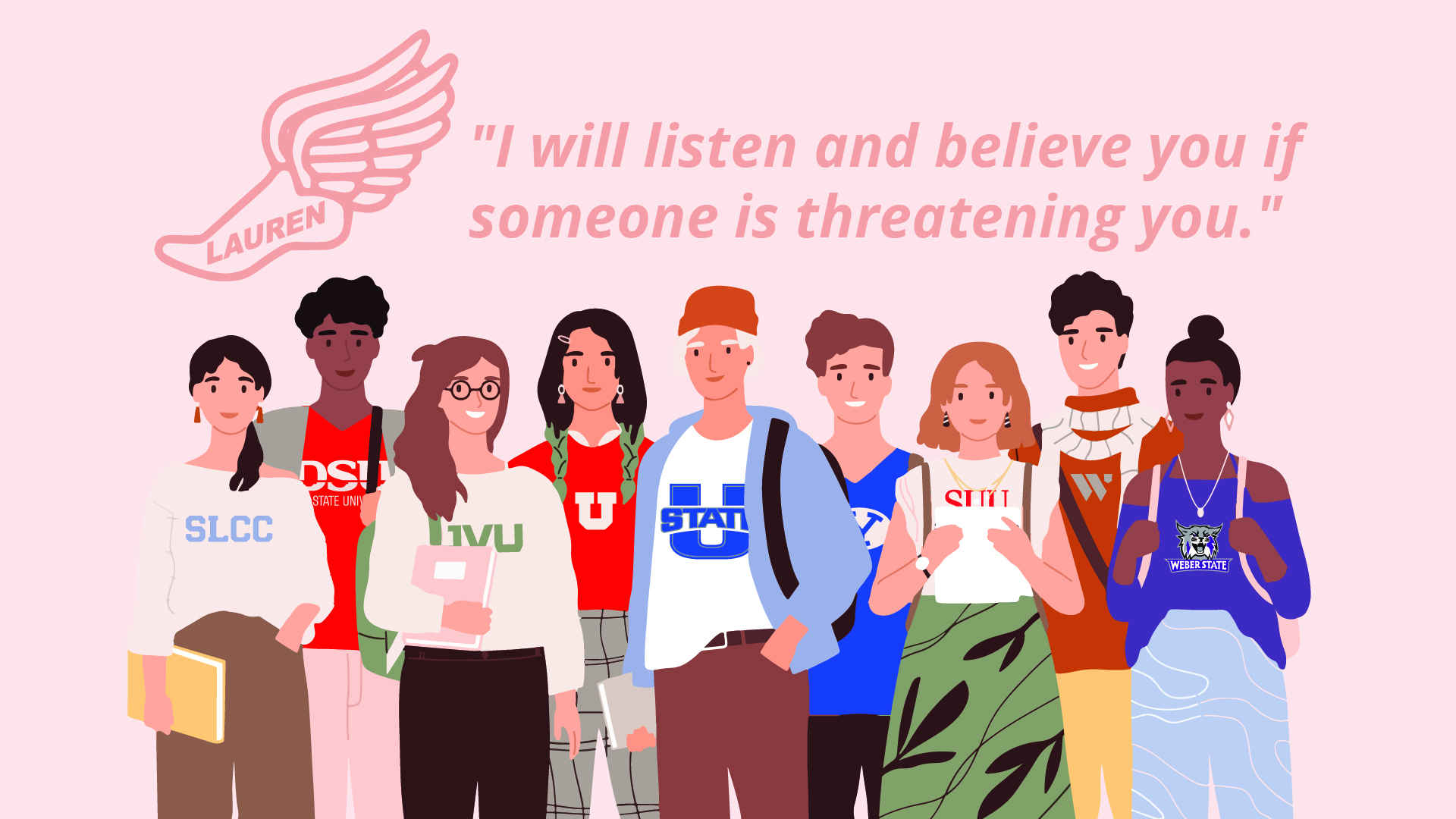 Student body presidents from colleges in Utah met with Lauren McCluskey's parents to discuss "Laurens Promise." The promise is an oath to listen to those who are in abusive situations. Graphic by Emily Wight.

Believing those who claim to be in abusive relationships, this is what “Lauren’s Promise” is.

The entire month of October is domestic violence awareness month and in light of the McCluskey case, measures are being taken to ensure student safety on campuses nationwide.

By taking the promise and having it printed on a syllabus, students are able to see what resources are available to them. One Hundred and fifty-eight universities have already made “Lauren’s Promise.”

“Of the 158 universities, at least one professor has ‘Lauren’s Promise’ printed on their syllabus,” said Jill McCluskey, mother to Lauren McCluskey.

McCluskey said she is also working on affecting universities policies as part of “Lauren’s Promise.”

“We are working to establish a blueprint of best practices on how to respond to dating violence concerns and stalking,” McCluskey said.

Aside from having university professors take the pledge to believe students if they come to them with claims of abuse, other universities around Utah are having their on-campus police take a law enforcement pledge to also help students.

DSU Chief of Police Blair Barfuss said the DSU police department has procedures set in place to help mitigate domestic and sexual assault violence toward students. There are also other on-campus resources to help survivors of assault, like the Dove Center.

“When I first came to the university [DSU] we worked with the Dove Center and we were already doing lethality assessment programs and trauma-informed victim interviews for domestic abuse or sexual assault-style cases,” Barfuss said.

Student body presidents from around Utah and McCluskey gathered in a meeting via Zoom Oct. 1 to discuss the impact of “Lauren’s Promise” and passed a resolution for their respective universities to carry out the promise themselves and encourage others to do so as well.

The intention of “Lauren’s Promise” isn’t to force anyone to take it but is designed for people who are willing to listen and help students dealing with abuse.

“We don’t want to make anyone take the promise,” said Jess Wojciechowski, UofU student body president. “We only want people to take the promise who will actually mean it and listen to survivors.”

Having universities and professors implement “Lauren’s Promise,” gives students the ability to come forward and share their own stories of assault.

“If you have more people in positions of authority [taking the promise] — which professors often are — then administrators won’t just blow them off and police won’t ignore them [students],” McCluskey said. “It can make a difference.”