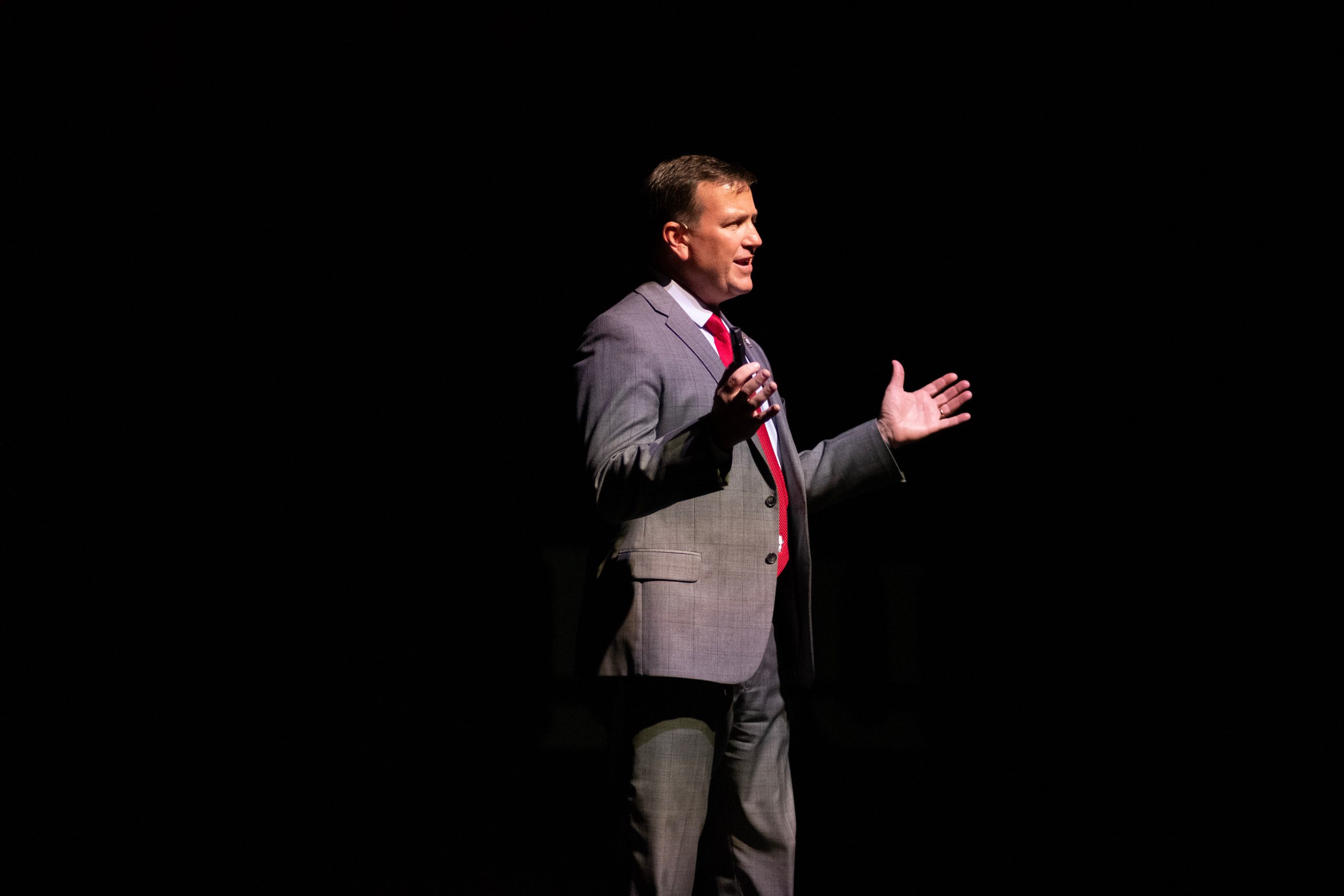 Dixie State University is blazing new trails that have never been accomplished by the university before.

A State of the University address was held Oct. 7, showcasing the accomplishments and direction the institution is heading.

University President Richard “Biff” Williams addressed the university and its standing in five distinct goals, creating an overarching theme of “Trailblazing Distinction” or creating a new identity for the university.

The first goal was to create an Academic Distinction for the university. As DSU has continued to progress through the different levels of institutions (2-year college, 4-year college and now a university) there have been many changes in the academic performances and the degrees available for students. DSU will be focusing to have a Career Center in each of the different colleges on campus to help students once they have received their degree.

Strategic enrollment growth was the next goal Williams announced as they look to be more available for all students.

“We want to remove any barriers for students to enroll on campus here and be successful,” Williams said.

“The Board [of Trustees] wants you to know we are deeply committed to students’ success,” said Tiffany Wilson, Chair of the Board of Trustees.

With all the growth DSU has seen, Williams gave great thanks to the community and partnerships that have been created. This goal was to continually create institutional capacity and performance. This area of the university has skyrocketed as corporate partnership revenue increased by 131% and the annual giving (donations) also raised 56%.

“DSU has made an alliance with St. George to solve problems and do projects together like managing city growth, civic engagement, and many other wonderful opportunities,” Williams said.

This encapsulated the fourth goal of having the community be a part of the university.

Enhancing the workplace for faculty and staff on campus was the final goal addressed. One thing Williams focused on was how the university has created a course for new faculty members to complete, which focuses on the teaching mission and vision of the university.

Along with the new hiring process, Williams addressed the mental health and wellness of faculty and staff by hiring employee counseling.

With all of the growth the university as a whole is seeing, the administration is continuing to look for even more ways to continue growing and succeeding as they move forward.

“We are working on the Student Interaction Project,” said Student Body President Penny Mills, a senior communication studies major from Orem. “With this, students will be able to submit recommendations for campus where they will be reviewed and thought over.”

Mills also mentioned how the DSU Student Association has had 25,000 individual student interactions so far this fall semester.

As each of the keynote speakers addressed the audience, they applauded the efforts of all as they navigated through this year of COVID-19. Not only did the university function and survive during the worldwide pandemic, but they were also able to excel and continually improve who they are and the trails they are blazing.