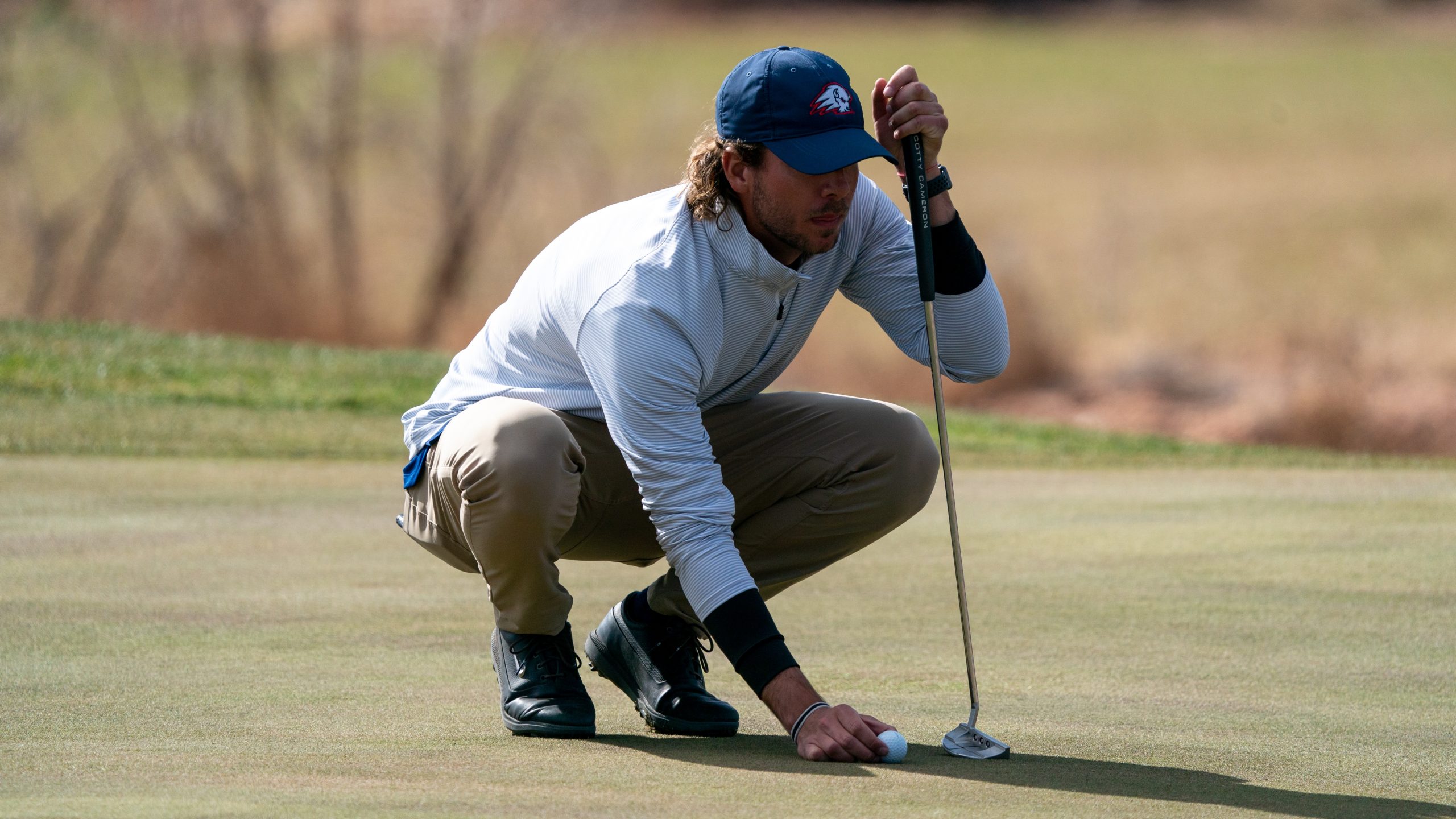 Brock Nielson, a senior communication studies major from Salem, lines up his putt at the 2020 SUU Invitational. DSU men’s golf has had a slow start to the 2021 season, placing 17 out of 18 teams in their first invitational. Photo courtesy of Stan Plewe / DSU Athletics.

The first outing of the season can be challenging for any team in any sport. Players face nerves, anxieties and high levels of excitement as players participate against another team for the first time of its season.

The men’s golf team experienced what it is like to not perform as well as expected to start their season as they placed 17 out of 18 at the New Mexico William H. Tucker Intercollegiate Sept. 24 and 25.

“We have a long way to go to get where we want to be,” head coach Brad Sutterfield said. “We are up for the challenge, and I like our talent and desire to compete.”

Despite the rough finish for DSU, there were still learning moments and an understanding of how the team can improve as the season progresses.

I think we have a really good team, and we just got to tighten up a few things,” said Davis Heslington, a junior criminal justice major from Beaver. “[Once we do that] we can make some noise.”

Sutterfield also spoke of how the experience is important for this team as it looks to ride that for the next few weeks.

“We have a lot of experience,” Sutterfield said. “Everyone on this team has played in college events and has the talent and experience to compete at a high level.”

The rust will be shaken off as DSU continues to compete more often. With it still being early in the season, there are plenty of opportunities for the players to prove themselves.

“We are just getting started,” said Cameron Saunders, a sophomore business administration major from Willard. “I know we have a really good chance of playing some great golf coming up in our next couple [of] events.”

The Trailblazers competed against other Division I schools like Brigham Young University, New Mexico State, Louisville and San Diego. As the transitions continue in all facets for DSU, getting used to tougher competition is one thing that is tough.

“I think that the competition may be tougher [than last year] but it will just push us to be being better,” Heslington said. “I think whenever you have better competition it pushes us with hard work and determination.”

The schedule remains just as difficult for the Trailblazers as they travel to Corvallis, Oregon for the Oregon State Invitational on Oct. 11-12.