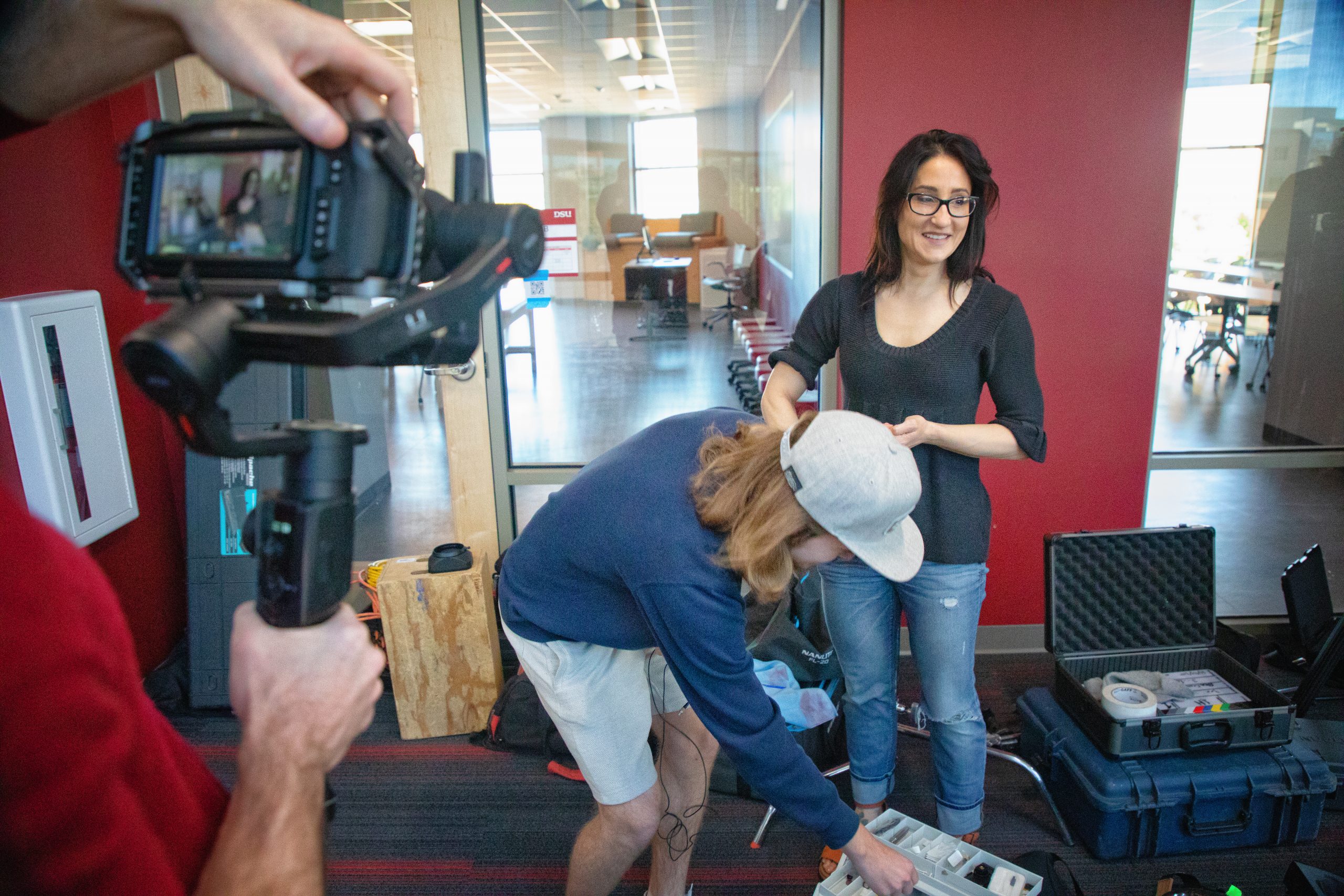 DSU students help on set during the production of: "ForeverMoore; The Angelo Project." Photo curtesy of Tisa Zito.

DOCUTAH is an international film festival that features over 100 films from dozens of countries with numerous topics. Fourteen DSU students produced films that have been featured at DOCUTAH over the years.

“All films that our digital film students create are the result of rigorous training in the latest technology that is at the heart of modern filmmaking,” said Phil Tuckett, director of the DOCUTAH International Film Festival.

During the week of Nov. 1 – 6, special events will be happening to highlight the films in DOCUTAH. The live band from Los Angeles, Angelo Moore & The Brand New Step, will highlight the film, “ForeverMoore; The Angelo Project” on Nov. 4.

Six students from DSU were included in the production of “ForeverMoore; The Angelo Project.” All six students have gone through DSU’s digital film program.

Eric Campbell, a senior digital film major from Payson, said, “For students, getting a chance to help out on professionally made films is extremely beneficial because it gives them hands-on experience and an insight into what exactly it takes to make a film.”

Campbell’s job was to make the post-production sound as clear as possible. Removing background noise and increasing the quality of older media sources used in “ForeverMoore; The Angelo Project” with digital tools.

Campbell said he gained real-world experiences from working on this film. The hands-on experience provided is also compatible with DSU’s new polytechnic focus.

Digital film producer Tisa Zito said, “By providing that education in tandem with the theoretical, we are cutting out that grey area many graduates fall into with diploma in hand.”

During the week of events for DOCUTAH, dozens of international filmmakers will be on campus.

“Networking is also an extremely important part of the business, so making connections is good for any future job opportunities,” Campbell said.

Not only does DOCUTAH give good publicity for the students but it also promotes the digital film program at DSU.

Campbell said, “Having a selection that comes from filmmakers based here in southern Utah allows our locals to display their work and talent alongside filmmakers from across the worldwide film industry.”

As DSU transitions to fit the polytechnic focus, more hands-on learning will be implemented into all programs to give students opportunities similar to the digital film program.

“Filmmaking in itself is the very definition of experiential and applied learning,” Zito said.

DOCUTAH is an outlet for students, faculty, and staff. It showcases the polytechnic approach within the digital film program.