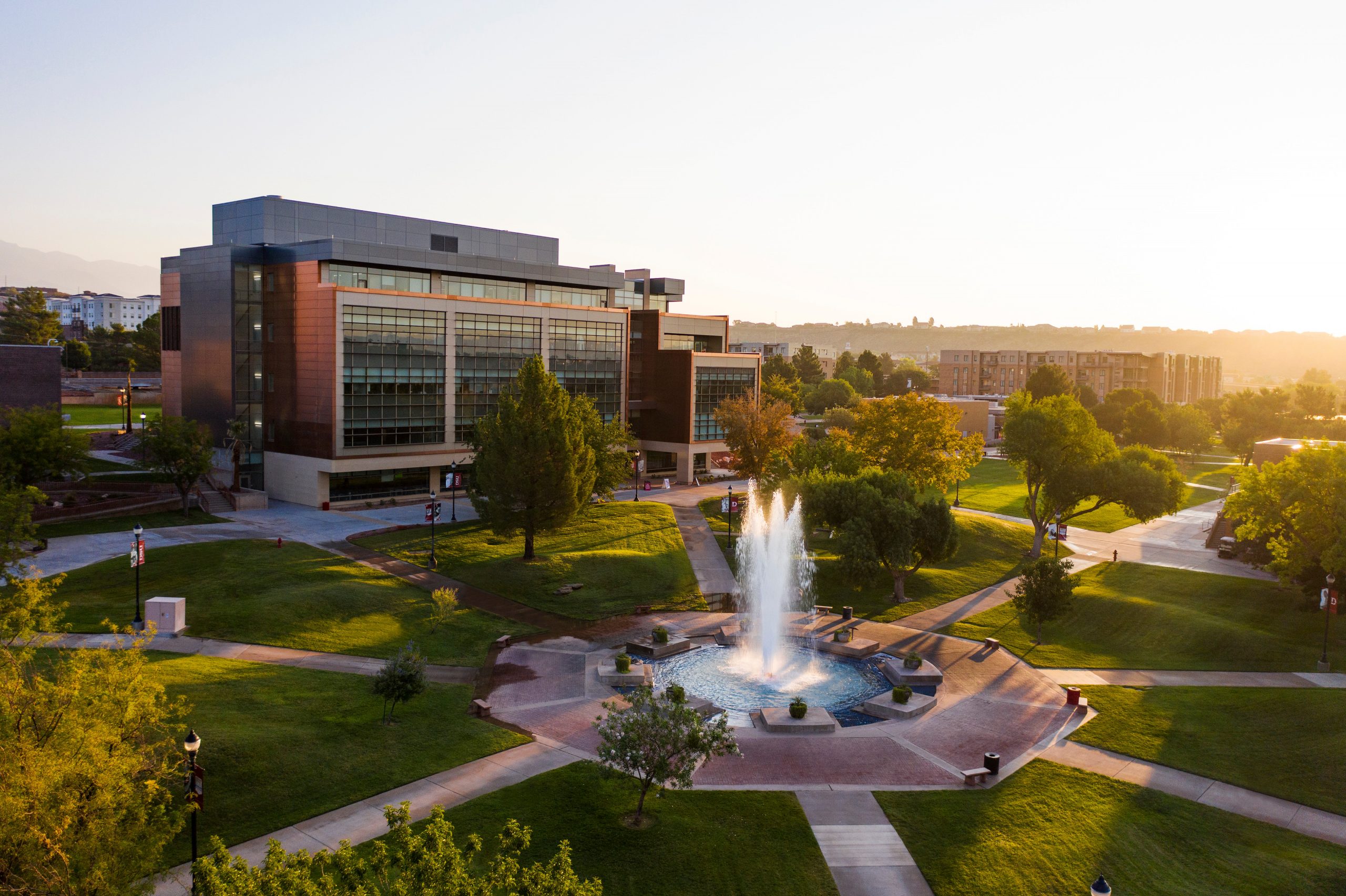 The new SET building on campus is part of the growth to DSU's campus. Photo courtesy of UMAC.

Dixie State University is undergoing drastic changes and will continue to develop a new campus layout in the future.

President Richard “Biff” Williams said there are some rather intriguing plans in the works for DSU in hopes to further help every Trailblazer achieve the ultimate goal of success.

One of the first matters of business DSU is facing is the need for more student housing to be available for students; therefore, the preparation for Campus View Suites phase three is underway.

“With more and more students on campus each year, we recognize the tremendous need for more student housing,” Williams said. “So, we are working on the plans and resources to build another housing facility.”

As DSU continues to grow with each passing year, more incoming college students are enticed to attend the university, ergo the expansion of housing units offered. Alongside these housing preparations, the campus will also be undergoing construction for new academic buildings.

“This year we will be requesting $59 million to build a new general classroom building that will feature 51 new classrooms and 93 new faculty offices,” Williams said.

Williams said DSU will also be expanding the campus grounds to Desert Color thanks to the Legislature’s $15 million contributions toward the expansion. One hundred and eighty acres had been purchased, and a master plan is in the works in order to decide the best use of the land.

“Being strategic about our growth will not only help our students, but it will also contribute to our rapidly-growing economy and overall community,” Williams said. “Population estimates predict this area will be the size of Pittsburg in less than 14 years. As a university, we have adopted a strategic plan that will allow us to contribute to this tremendous growth and be a vital factor in providing the workforce for this area.”

As southern Utah proceeds to grow, DSU will be growing alongside it to ensure the quality it has continually offered.

With all of the new features coming to campus, there will be some current ones that will be obsolete, starting as soon as next summer.

“The WEDU building is scheduled to be demolished in summer 2022,” said Paul Morris, vice president of administrative affairs. “It will provide 150 new parking stalls.”

Morris also said the North Plaza will be one of the buildings being demolished, but this will not be happening until the new general classrooms building has been funded and built. The soonest this change may occur would be the fall semester of 2025.

When asked about the plans for the campus in the next five to 10 years, Morris said the Gardner Student Center needs to be expanded and remodeled. Morris also said DSU needs to build additional academic buildings and student housing not only for those students who are single but married as well.

Allie Vanlandingham, a freshman digital film major from Hurricane, said DSU is heading in a worthwhile direction in order to help the university expand.

“I think DSU is taking the correct steps in the right direction,” Vanlandingham said. “It will attract more students and it will help our school get the recognition that it should as a university.”

Vanlandingham said as the university continues to increase, perhaps adding more majors should be on the table for incoming and current students.

“I feel as though there are not as many majors offered at DSU as opposed to other universities,” Vanlandingham said. “I would personally love to see a wider variety as we continue on.”