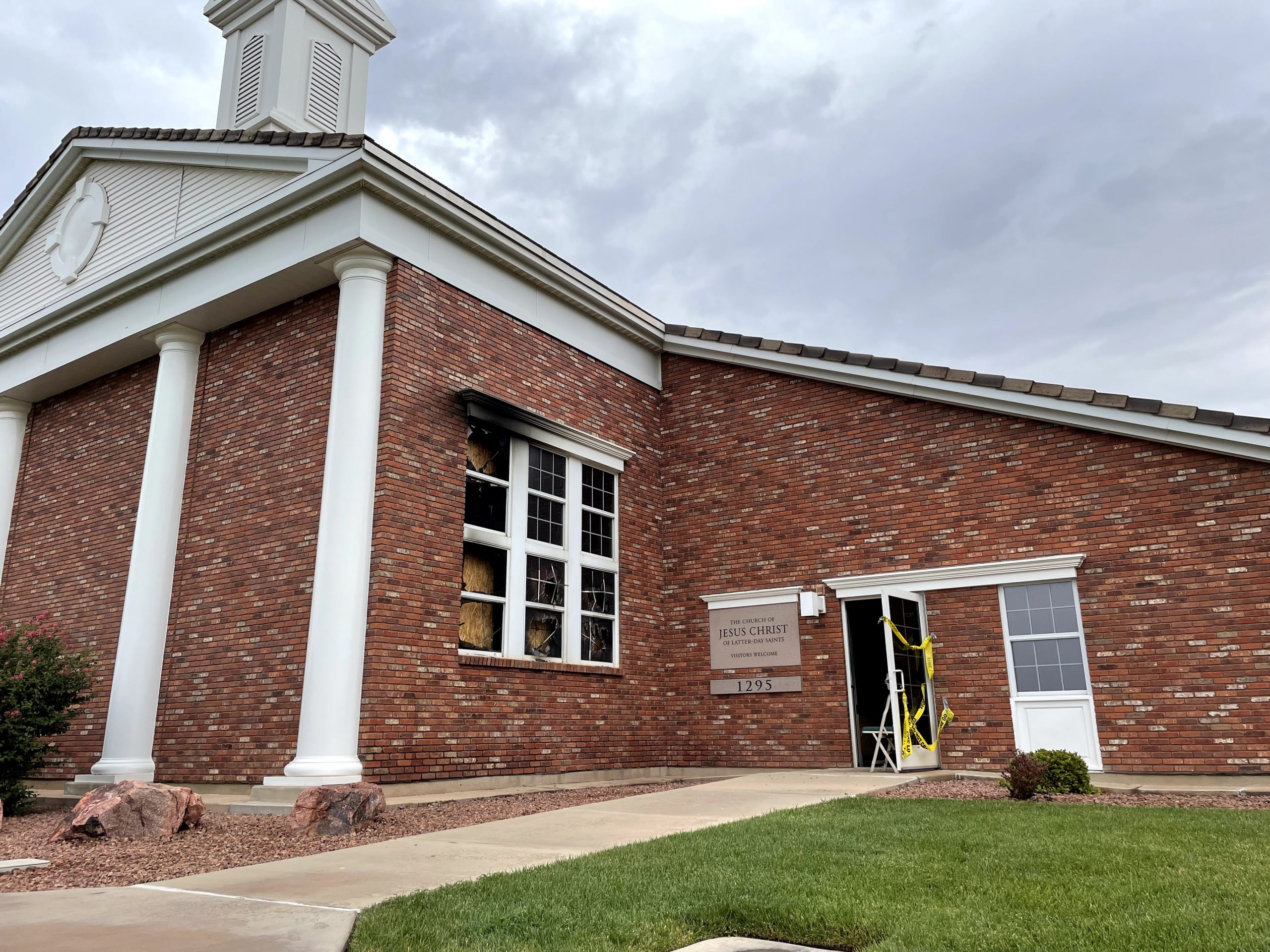 Extensive damage on Latter-day Saint meeting houses from setting them on fire. Damage this close to campus can cause fear in students, faculty, and staff. Photo by Emma Brown

According to a St. George police press release a third church in the area was spotted with smoke coming from it, this time an adult man was spotted leaving the building. The man got into a car and was chased by officers at high speeds until his car crashed. The crash started a fire in Zion National Park. Officers arrested the driver and took him to St. George Regional Hospital with minor injuries.

A story so close to campus such as this one can cause fear in some students, faculty, and staff. Especially for those who attend the church buildings that were destroyed.

Sean Hemmersmeier, writer at The Spectrum, said, “Students should not worry about this case because police and press confirmed they were able to arrest him.

Although this case wasn’t located on campus there are possibilities of problems similar to this occurring on campus.

“Immediately call police (911 or 435-627-4300) and try to provide dispatch an update of what you are seeing, while keeping yourself safe and out of any harm’s way,” DSU Chief of Police Blair Barfuss said.

There are ways students can be proactive in keeping themselves and others safe.

Barfuss said: “Download and utilize the DSU Safe App as a resource and reference for how to handle multiple emergency situations and stay aware of resources and options available to our campus community. As always, if you see something, say something.”

Tiffany Atkin, St. George Police Department public information officer said, “When coming out of a building at night I encourage students to be situationally aware.”

As an example of staying situationally aware Atkin suggested not checking your phone while walking to your car. Wait until you get in your car so you can look around and know your surroundings.

When asked if DSU sees much unlawful action, Atkin said, “Thanks to the great students at DSU it is not a huge issue.”

Local stories of unlawful action bring to light how students should be careful at DSU so that everyone can be safe. Students can utilize tools on and around campus to make for a safer college experience.