DSU provides plethora of outlets to support its LGBTQ+ students 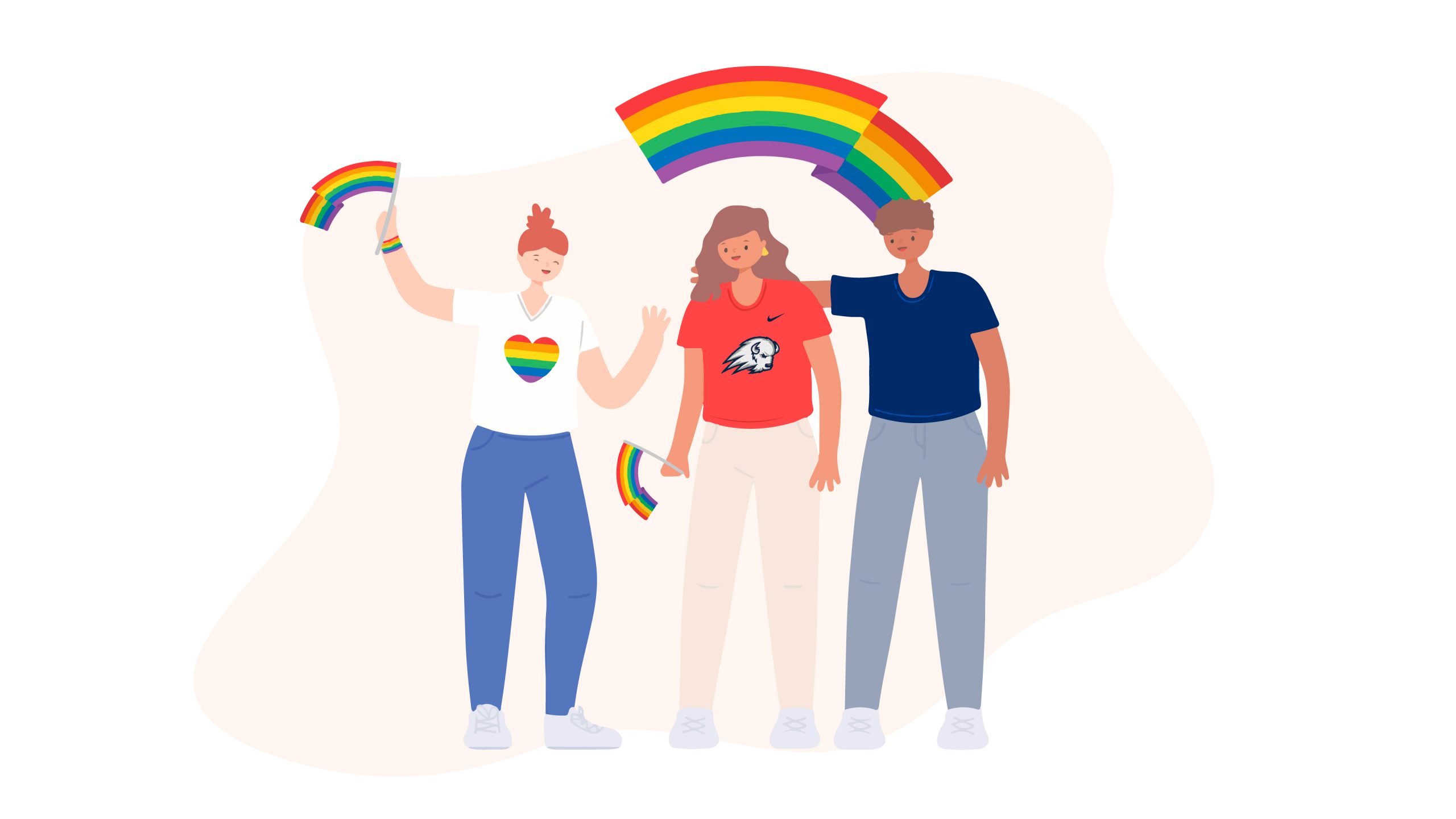 DSU strives to create a welcoming environment on campus for its LGBTQ+ students. The LGBTQ+ Resource Center can be found in the Browning Learning Resource Center in Room 207. Graphic by Emily Wight.

In light of recent events at Brigham Young University, LGBTQ+ students at Dixie State University may be wondering where they can go on campus to get support.

Last week, Jeffrey R. Holland, a former president of BYU, gave an address in which he criticized faculty and staff at BYU who have pushed back against Latter-day Saint teachings on same-sex marriage. In response to his address, LGBTQ+ advocates drew chalk art messages of support for LGBTQ+ students at BYU. The night of Aug. 26, a man was filmed pouring water on the chalk art messages and shouting a homophobic slur.

BYU released a statement in response to the man’s behavior in which the university said, “We unequivocally condemn behavior and language that is disrespectful and hurtful.”

The series of events at BYU has highlighted how universities are still struggling to create inclusive spaces for their LGBTQ+ students. According to Cesaria Selwyn, the assistant director of the Multicultural Inclusion Center, inclusive spaces for LGBTQ+ students at school are important in ensuring those students have the resources and support they need to be successful and feel safe.

“What I think the main mission of universities should be is to build an education system where everybody has an equal opportunity to be successful and to find a pathway to their dreams, and these services make that possible,” Selwyn said.

Selwyn said creating safe spaces for LGBTQ+ students helps them to do well on campus and in their careers. LGBTQ+ students can struggle to be successful in school when they’re worried about their identity or if they feel unsafe.

Research studying the importance of LGBTQ+ resource centers on college campuses has found the presence of these centers results in lessened experiences of discrimination and increased rates of acceptance among LGBTQ+ students.

At DSU, LGBTQ+ students have two main resources to find support and community: The LGBTQ+ Resource Center and the LGBTQ+ Student Association.

The LGBTQ+ Resource Center is located in the Browning Learning Resource Center in Room 207. The resource center can help LGBTQ+ students find scholarships, fill out paperwork to change their names, and it also hosts LGBTQ+ events on campus.

According to the resource center’s website, the center is designed to “create a space for students where they feel safe to gather, express themselves, discuss ideas, learn and teach others.”

In addition to providing their services and support at the MIC, Selwyn also works with members in the St. George community to build a more inclusive environment for LGBTQ+ students, both on and off campus.

“We can try to make the most inclusive, supportive and empowering environment on campus, but then if you go out into the community and you’re not having the same experience, it can be hard to retain students,” Selwyn said.

The only downside to the LGBTQ+ Resource Center is students are unaware it exists. Esmé Cope, a senior biology major from Herriman, said they didn’t know about the resource center until one of their friends told them about it last year.

“Being LGBTQ+, that was really frustrating because I had no idea,” Cope said.

Cope serves as the social media officer for the LGBTQ+ Student Association. Cope joined the association when they noticed their field of study was lacking LGBTQ+ representation.

“I feel like anyone who lives outside the norm in STEM isn’t really accepted,” Cope said. “I just wanted to get a little more representation of the LGBTQ+ community in STEM and I thought this was a good way to get it.”

Mitski Avalōx, a senior English major from St. George, is involved with the LGBTQ+ Student Association and serves as the association’s vice president.

“One of the biggest resources here on campus is the club,” Avalōx said. “It’s kind of like my family in a way because my family isn’t accepting of who I am, so I rely on this presidency and this club.”

The LGBTQ+ Student Association holds meetings every Wednesday at noon. The association provides students with the opportunity to find a sense of community on-campus.