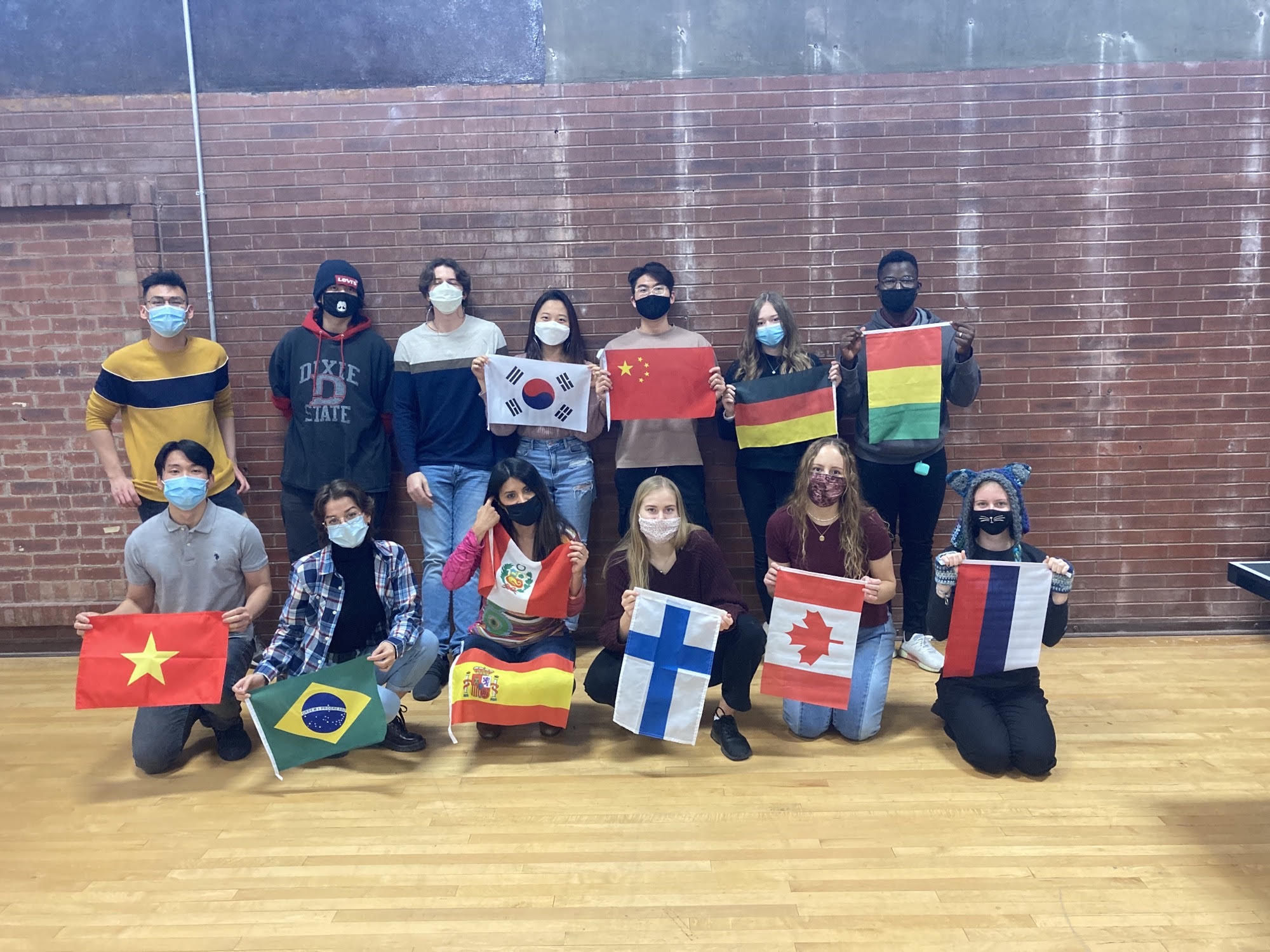 The leaders of International Student Services work to make the international students feel safe and welcome at DSU during the pandemic. Photo courtesy of Shadman Bashir.

In the midst of the U.S. dealing with COVID-19, some of Dixie State University’s very own international students had personal trials to face too. They’ve been dealing with the stress of what to do in a country so far away from their home countries, and now that summer is quickly approaching, it’s time to decide whether to go home or stay in the U.S.

Shadman Bashir, director of International Student Services, said DSU has been working hard to make sure all of its international students feel safe and comfortable going to school during COVID-19.

“In a sense, there was concern in the beginning,” Bashir said. “We have such a tight-knit international community at DSU, so we were always together and we worked together; overall, it went well.”

He said to help students who were feeling depressed about not being able to go home, the students could always use Bashir’s phone to call family, and there were events planned to make sure they didn’t feel alone.

“We set up socially distanced events for them, and we interacted with them because I always took them out for lunches,” Bashir said. “Anything that was not the best, we made sure that we were here as members of their extended family.”

Bashir said there are many restrictions not only because of COVID-19, but because they are also international students. He said as long as ISS does what it can do within the restrictions it has, the international students feel supported and safe. He said ISS also had to help with students who were having difficulties returning to the U.S. to continue their schooling at DSU.

“Sometimes our students were stuck in other countries, [and] they wanted to travel but they could not,” Bashir said. “We did all that we could, connecting with stakeholders in their country, to make sure they could return for the fall semester.”

As a group, the international students and ISS have learned that even when something is hard they are still able to push through and succeed, Bashir said.

Here are some of the difficult experiences international students at DSU had to face and how they were still able to thrive despite the circumstances:

Reetta Saaski, a junior psychology major from Finland, said she is planning to go back home to Finland for the summer and come back to DSU in August.

“Everything is looking fine, and it looks like I should be able to come back,” Saaski said. “I have to get tested when I get there, which is kind of annoying, but at least I’m able to go home.”

Saaski said when the COVID-19 pandemic started last year she was lucky enough to return home for quarantine.

Saaski said being at DSU while her family was still in Finland during the pandemic made it harder for her to be an international student than in a normal year. She said it was especially hard in November when things started getting worse in St. George.

The circumstances added a lot of extra stress about her situation and about her family, Saaski said.

“I’m here, and if someone in my family gets sick and they are actually having severe symptoms, it’s just not that easy for me to get home,” Saaski said.

Saaski said she is excited to go home to spend time with her family and friends even though there are still restrictions due to COVID-19.

“It’ll be good to actually spend time with them,” Saaski said. “Not just on facetime.”

Duy Huynh, a junior computer science major from Ho Chi Minh, Vietnam, said he is planning on staying in St. George for the summer because it is the easier plan.

Huynh said when his family found out about the quarantine last year, they called, worried he wouldn’t be able to stay at DSU. He said his professors had to react very fast in order to help the international students either stay in the U.S. or go back home.

“It was funny, not funny, but my uncle asked to see if Dixie was going to kick us out,” Huynh said. “He was worried that we would have two weeks to get out, but I said, ‘No, not here.’”

Huynh said the students always had free lunches provided by ISS and their housing was very nice.

“I’m lucky that I moved here,” Huynh said. “I just feel grateful for that and want to thank them for that.”

Huynh said it is more stressful, but he doesn’t mind living far from his family, though many of his international student peers do worry for their families. He said he is not too worried because the most important thing to him is being able to finish his degree at DSU.

“Back then, all the countries were trying to close the borders,” Huynh said. “The students who want to go back to their country are going to risk the opportunity to come back here and finish their degree.”

Huynh said the most important thing he learned from this experience was that he can truly rely on ISS for help.

“I put all of my trust into this school because they helped us,” Huynh said. “The state wanted us to move out, but the school wanted to keep us here, and that is the best thing.”

A lesson the international students all probably learned from this situation is to live life to the fullest and do the best they can in the moment, Saaski said.

“Sometimes I’m living in the future or the past,” Saaski said. “So now I’m appreciating more of what I have right now and living in the moment.”