DSU softball holds its own against NMSU 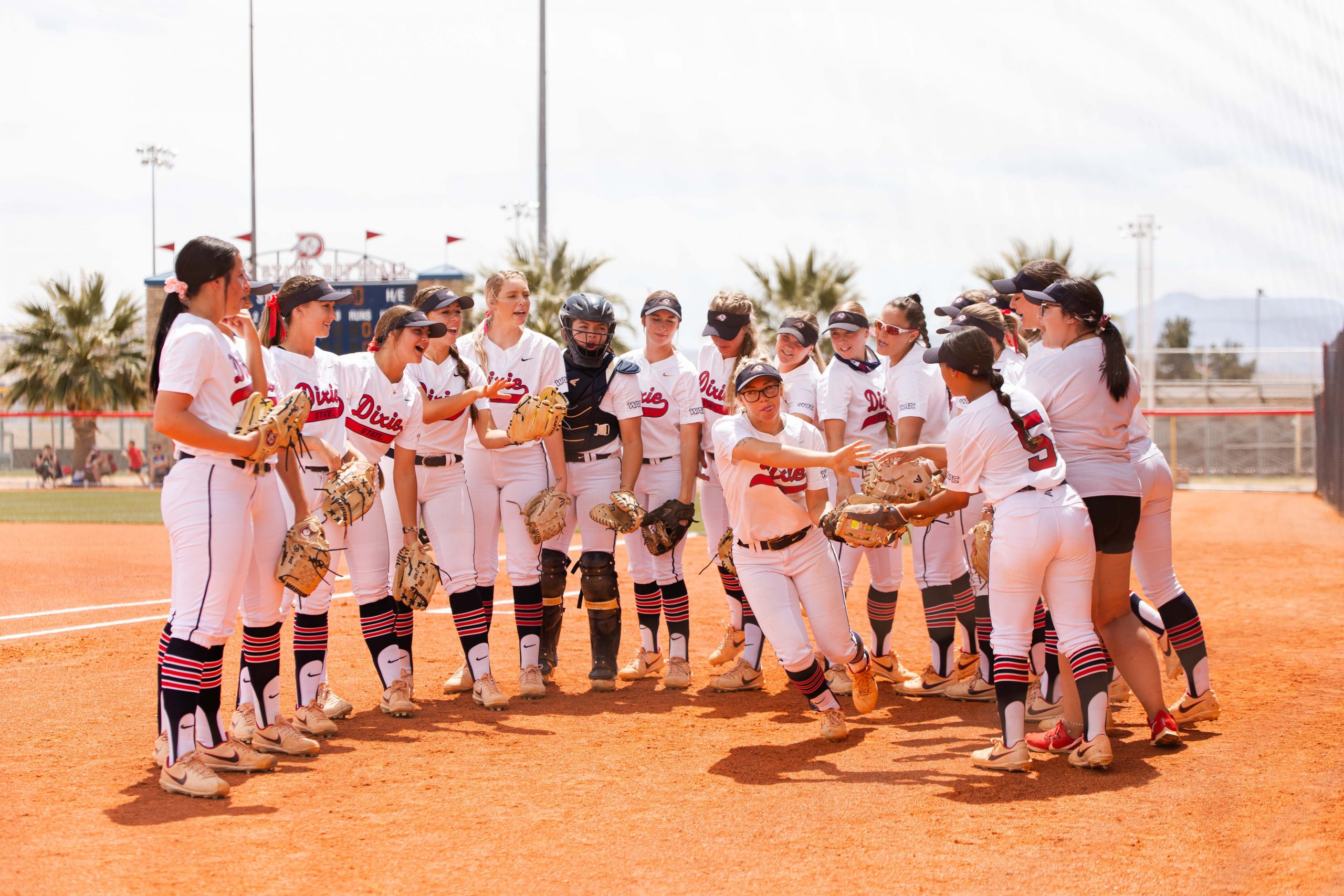 DSU softball honored its seniors on its senior night April 24 against New Mexico State University. They honored both this and last season’s seniors since the class of 2020’s season was cut short due to COVID-19. Photo by Breanna Biorato.

The Aggies were ranked No. 1 in the Western Athletic Conference at 9-3 as they ventured into Trailblazer territory for the weekend. Since NMSU is backed with a strong batting presence and precise pitching, DSU knew this series would be a challenge.

The doubleheader on April 23 showcased back-to-back victories for the overwhelming Aggies, outlasting DSU 4-9 and 7-10 respectively. These games were not blowouts; DSU showed it could compete with the top team in the conference, and that it wouldn’t go down easily. Senior day for DSU took place as the team concluded its final home game of the season on Saturday.

Taking down the 6-9, middle-of-the-conference Trailblazers three consecutive times in a row was no walk in the park for the Aggies. DSU got on the board early in the bottom of the first and took a commanding 3-0 lead over the Aggies to start the final game of the weekend.

“I think we are great competitors,” said Kirsten Quigley, a graduate from DSU’s psychology program from Othello, Washington. “We’re never going to give up.”

The game progressed with impressive batting performances from both squads as the end of the third inning finished 4-2 in favor of the Trailblazers. As DSU tried to build off the momentum they started the game with, NMSU hit a grand slam, which shifted the momentum entirely to the visiting team. The Aggies brought in a total of five runs in the fifth inning as they took the lead, shifting the score to 8-4.

DSU showed it wouldn’t give up easily and battled back by bringing in a run in sixth and shutting the Aggies out the remainder of the game. As DSU entered the seventh inning of the game down by just three, an RBI double brought in a run to cut the deficit to only two. The momentum shifted back to the Trailblazers as a comeback seemed to be brewing.

At that moment, it seemed the Divison I experience backed up the Aggies since they were able to bear down and finish out the game. A runner was in scoring position with two outs, and the Trailblazers failed to score again, losing the contest 8-6.

“We came up a little bit short,” said Emma Sweet, a senior communication studies major from Walla Walla, Washington. “We knew they were a tough team… but we showed we have the most heart in the [Western Athletic Conference] from this series.”

Overall, DSU almost got the job done, its 31 hits in the series were almost enough, the comeback in the third game of the series almost happened, a senior night victory almost took place, and a victory was almost found this weekend. The Trailblazers are almost in the top half of the conference and almost at the top of the conference teams throughout the season.

“I was really proud of our girls this weekend,” head coach Randy Simkins said. “[The seniors] have left the program better and are class acts on and off the field. Not only the way they play, but the way they treat their teammates and the example they set is big time.”