Trailblazer Day of Giving was successful 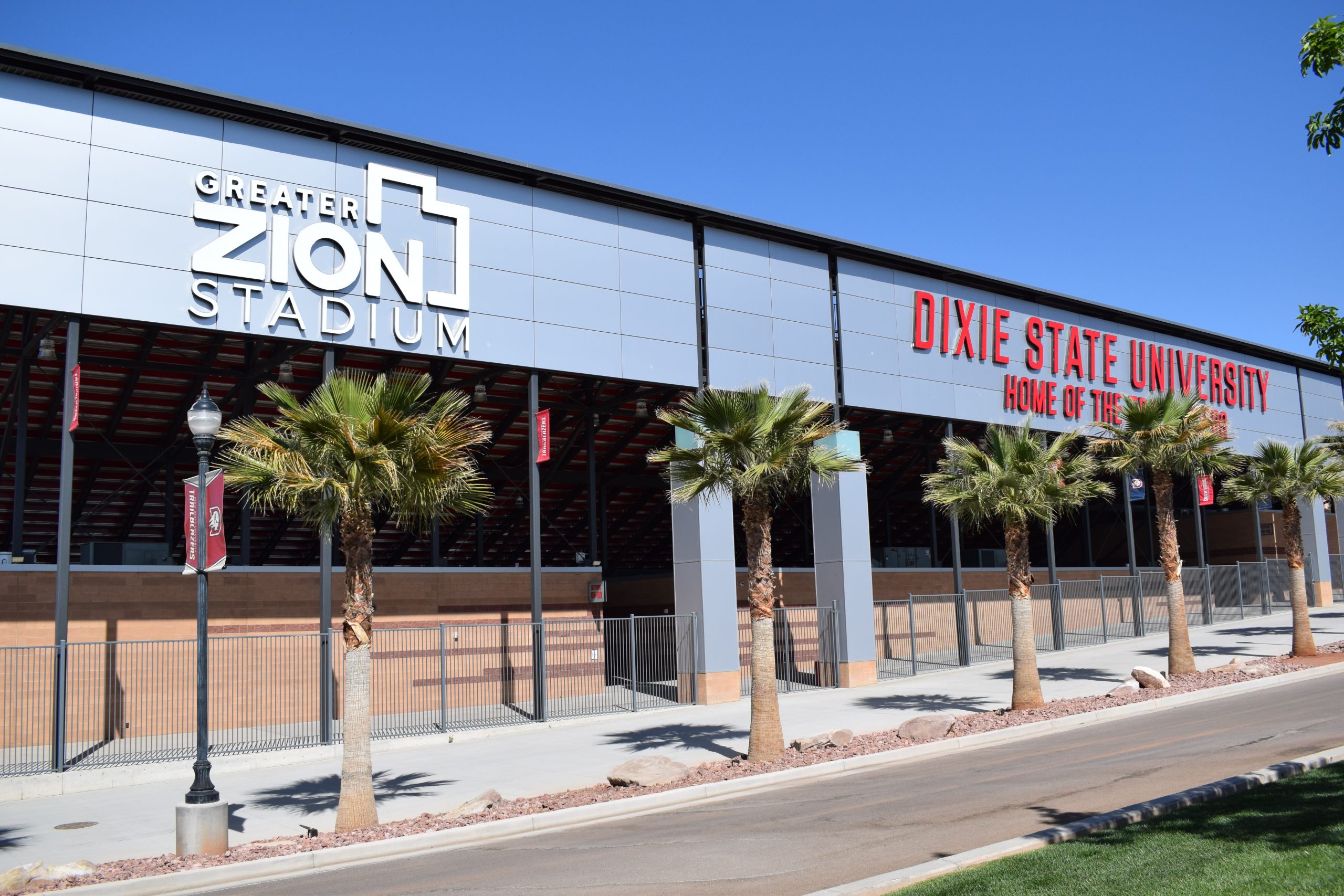 Greater Zion Stadium is marked as one of the areas that needs more funding from the Trailblazer Day of Giving. The university raised more than double the amount of donations it did last year. Photo by Bailey Chism.

Dixie State University hosted its second annual Day of Giving on April 13. The Trailblazer Day of Giving allows anyone to donate to a specific organization or department on campus.

“Trailblazer Day of Giving was a success,” Development Officer Brooks Burr said. “We raised a total of $93,120.”

DSU more than doubled its donations this year compared to last year’s donations totaling around $42,000, Burr said. The funds donated went to areas in need across campus, such as academic programs, scholarships, student programs and more.

“As a donor-centric university, we encourage donors to give to the areas that are most meaningful to them,” Development Officer Lance Brown said.

Director of Development Ken Beazer said student scholarships received the most donations at $20,000, with DSU Athletics coming to a close second.

Burr said several programs are still in need of more funds, and there always will be, but scholarship funds will always be an area of greater need.

He also said funding for the Greater Zion Stadium and the upcoming Science, Engineering and Technology building continues to be at the top of the list for areas of greater need.

This year’s donation amounts give the development officers hope that each year will come with a better influx of donations and help given to DSU’s students and programs.

“As we continue to learn and implement changes to our Trailblazer Day of Giving, we fully anticipate each year to be bigger, more successful, and have a greater impact upon our students and programs,” Beazer said.

The development officers’ plan is to use the previous year’s total donations as a new standard and hope that it will grow with each year’s day of giving.

“We have learned a great deal in managing a day of giving in the last two years,” Burr said. “In 2022, we plan to implement what we learned in 2021, so we are hoping that with time and experience, the momentum will continue.”

Trailblazer Day of Giving raised the hopes of organizations all across campus to see such support coming in from people.

“It is encouraging to see support pour in from all around the country,” Brown said.

The development team is encouraged by this year’s turnout and has high hopes for future days of giving.

“It has been humbling to see the many generous individuals and organizations come together to provide support for our students,” Burr said. “Trailblazer Nation unified to create a positive change on this campus. We can’t thank those that support us enough.”