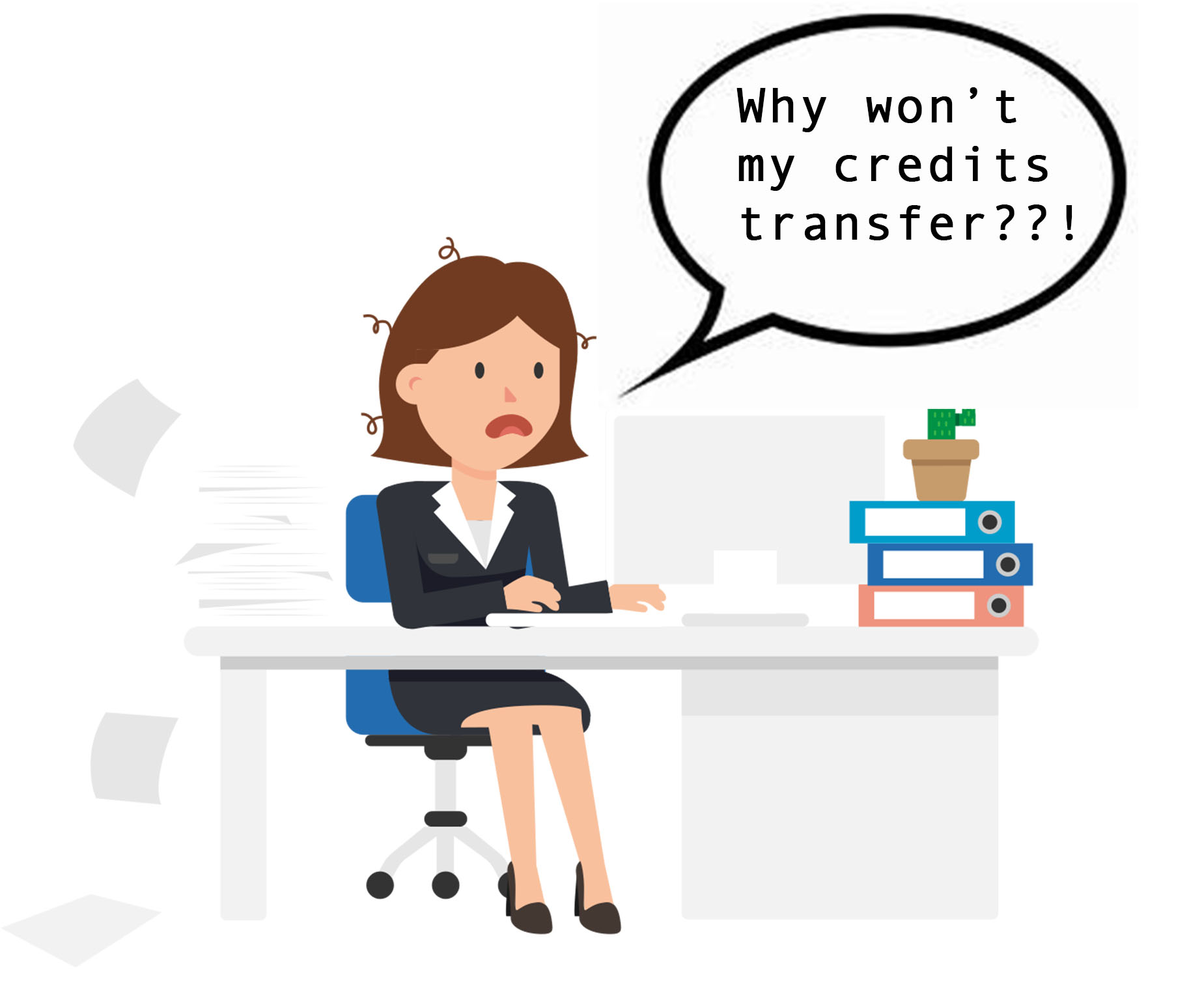 Transferring schools can be risky and stressful for students because it’s not guaranteed their credits will transfer. Colleges should change the way students can get an education and accept all transfer credits, Bailey Chism says. Graphic by Bailey Chism.

College students all over the world go into debt just from paying for tuition, and students who transfer from community colleges, or any college for that matter, are put into much more debt than they should be.

When students transfer to a new college, not all of their credits follow them to their new school, thus forcing them to retake and pay for the same class all over again. Colleges shouldn’t make students retake classes they’ve already passed.

Transferring schools can disrupt a lot of things in a student’s college career. Credits won’t always transfer over, and if they do, it may only be for elective credits. It will then, in turn, take longer to complete your degree. According to the National Center for Education Statistics, on average, transfer students will lose 13 or more credits they’ve already taken and paid for. The same source also cited that about four in 10 students have no credits that can transfer at all.

I will most likely need to transfer schools in a couple of years, and after looking into several different schools, most of the credits I’ve taken at Dixie State University will not transfer over. It’s ridiculous that some colleges won’t let students in who already have hours of credits and are forcing them to spend thousands more dollars to get their degree.

There are websites and links through specific colleges that will allow you to see how many credits you’ve taken that will transfer over. If a student is trying to transfer to a new college, they should look at these in depth and see just how many credits they would need to retake because it could affect the chance of them attending that college.

This could all be solved if colleges accepted all students’ course credit equally. More students would graduate on time, spend less money and gain the education they’re looking for. It makes it so much harder on people if they have to take into account the credits they’d have to retake and the cost that would come with that.

For students who need to begin their academic career at a community college, they need to take into account the schools they would be able to transfer to without losing any credits. No college is required to accept transfer credits unless there is an articulation agreement or state policy in place, and only specific colleges will transfer them over. Salt Lake Community College is one of these schools that transfers all credits, but it only accounts for colleges in Utah; anyone else coming from another state won’t have the same luck.

Students come from out of state all the time, especially from states close by like Arizona, Nevada and California. But these students are also paying thousands more dollars to come to Utah schools. The fact that students want to go to a certain school should be a sign to those colleges that the education they’re looking for is with them. Making them pay more and spend so much time trying to make up for that degree will discourage them from attending there.

People would be much happier knowing they aren’t risking their entire college career by transferring to a new and better school. If a student is trying to transfer to a certain college, those colleges should look at the classes they’ve taken and see how they pertain to their degree. If it’s helpful toward their education, it should transfer over, period.