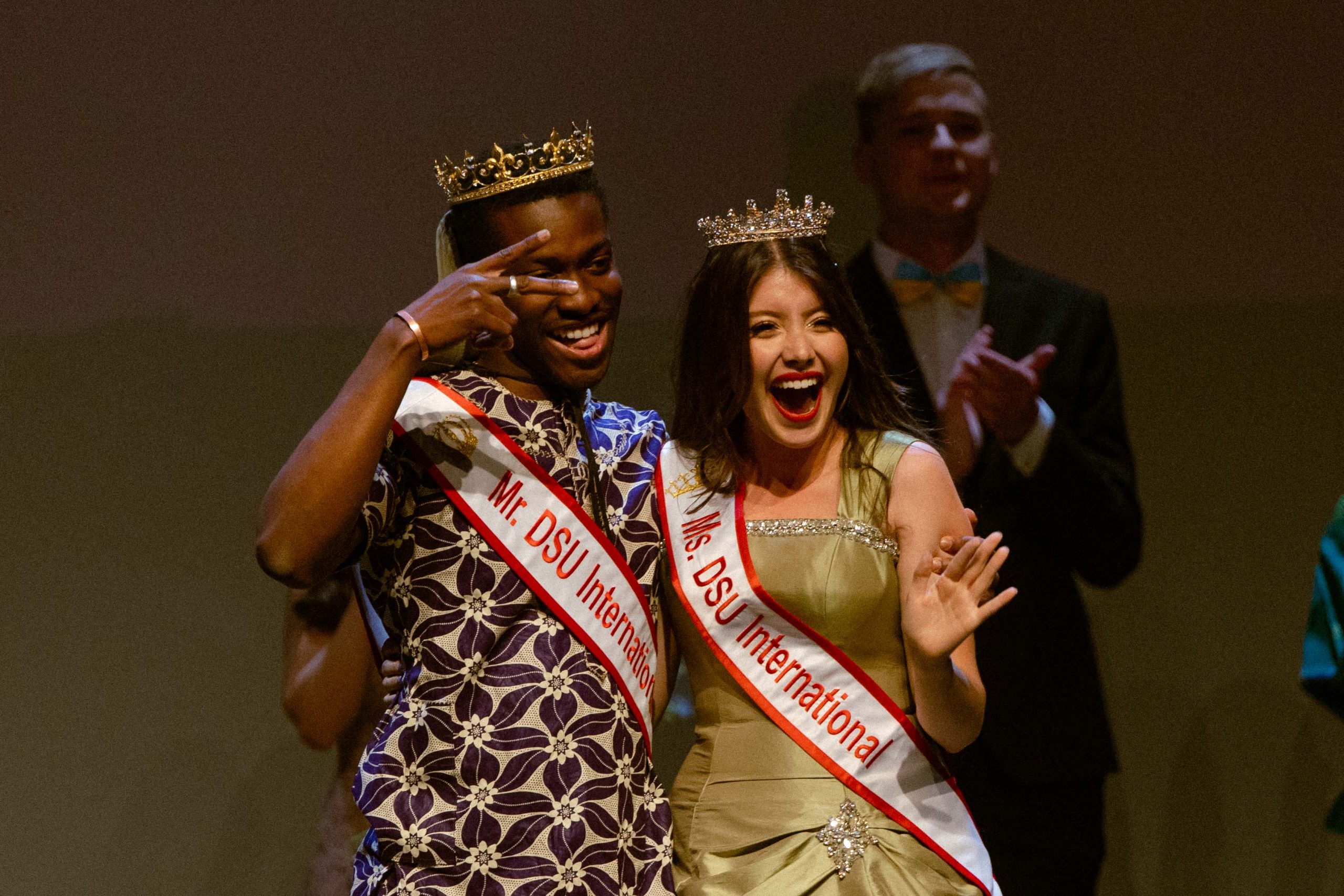 In its fourth year running, Ms. and Mr. DSU International 2021 have been announced as Ola Odejayi, a senior biomedical science major from Lagos, Nigeria, and Ayana Brown, a junior accounting major from British Columbia, Canada.

Odejayi gave a vocal performance and played the keyboard while leading the audience in a call-answer-style interactive Nigerian song. Brown, who is half indigenous, sang her tribe’s anthem with a drum accompaniment and danced in a traditional women’s jingle dress. Even DSU’s Raging Red made a cameo appearance while the votes were being tallied up.

After being crowned as the new Mr. DSU International, Odejayi said the overall experience was heartwarming and he loved every minute of it.

Odejayi said: “I wanted to get comfortable being uncomfortable, so that’s my thing. I don’t like staying in my comfort zone, so when I heard about it, I was like screw that, I’m going to do it. And boom, here I am, the winner.”

Brown ran for Ms. DSU International two years prior and said she had so much fun then that she wanted to try again this year.

Tosha Onani, assistant director of International Student Services, said the showcase provides an outlet for international students to highlight their country as well as their inner selves. This year’s showcase was also particularly special because it’s the first year that both Mr. and Ms. DSU International were held on the same date.

This year’s showcase also featured the new process of the winners being chosen by the judges as well as the audience in a 60/40 split, with members of the audience voting on their phones.

Brown emphasized the importance of getting involved in events during college, especially as an international student.

“I believe that participation is the key to success,” Brown said. “I really believe that being on campus and being involved will help shape your life.”