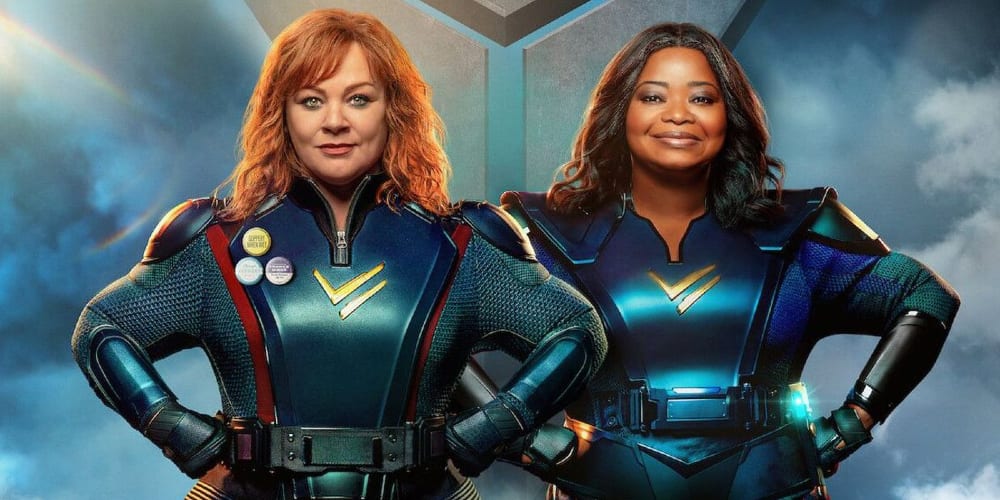 Netflix’s “Thunder Force” is a fun superhero comedy that doesn’t take itself too seriously as its leading ladies work to stop supervillains known as Miscreants.

McCarthy and her husband Ben Falcone also helped produce the movie, and Falcone acts as the movie’s writer and director in addition to a minor role as a henchman.

The movie was critically panned on Rotten Tomatoes, though that’s sort of par for the course with movies featuring McCarthy and her husband, even when said movies are reasonably entertaining, and “Thunder Force” is entertaining.

Pom Klementieff and Bobby Cannavale, who have experience acting in superhero movies such as “Ant-Man” and “Guardians of the Galaxy Vol. 2,” flex their acting muscles as a pair of murder-obsessed villains, and Jason Bateman plays a hilarious half-crab henchman with an attraction to McCarthy’s character.

That may be the movie’s biggest downfall: lost plot potential. There wasn’t much conflict between the two estranged friends, and when there was, it felt surface-level and not really fleshed out beyond some brief exposition from McCarthy’s character about thinking that Spencer’s character doesn’t view her as special.

There was also a lot of lost potential for expanding on the movie’s backstory and world-building. Spencer’s character had some brief moments of exposition about trying to complete her geneticist parents’ work on the superhero formula and what happened to her daughter’s father, but not much else. Likewise, the movie sets up an interesting premise about a world struggling with villains who are genetically predisposed to be sociopaths after cosmic rays hit the Earth, but it only showcases three Miscreants and a handful of named henchmen.

For what the movie is though, it’s fun. I’ve always enjoyed McCarthy and Spencer’s acting talents, especially in their comedy movies. I watched “Thunder Force” once on my own and again with my family.

That said, I wouldn’t necessarily label the movie as family-friendly considering the way scenes involving interactions between McCarthy and Bateman’s characters go, not to mention the number of times swearing pops up in the movie, namely the use of kick-a**. But the movie wasn’t excessive in regard to swearing if that’s something you worry about, and there were some interesting alternatives used.

Occasionally, words such as “taters” were used in place of exclamations and words such as “crapdoodles” in place of expletives despite there being other — probably more fitting in some cases — explicit words interlaced throughout the movie. Then again, Spencer’s character didn’t want to explain what tatas were to her 15-year-old, so saying crapdoodles instead of crap or something more explicit is pretty in-character.

If I had to grade the movie, I’d give it a solid B. I laughed both times I watched the movie and it was a good brain break from the stress of my end-of-semester assignments. If you’re looking for a superhero movie with some lighthearted comedy to give your brain a break, you should watch “Thunder Force.”