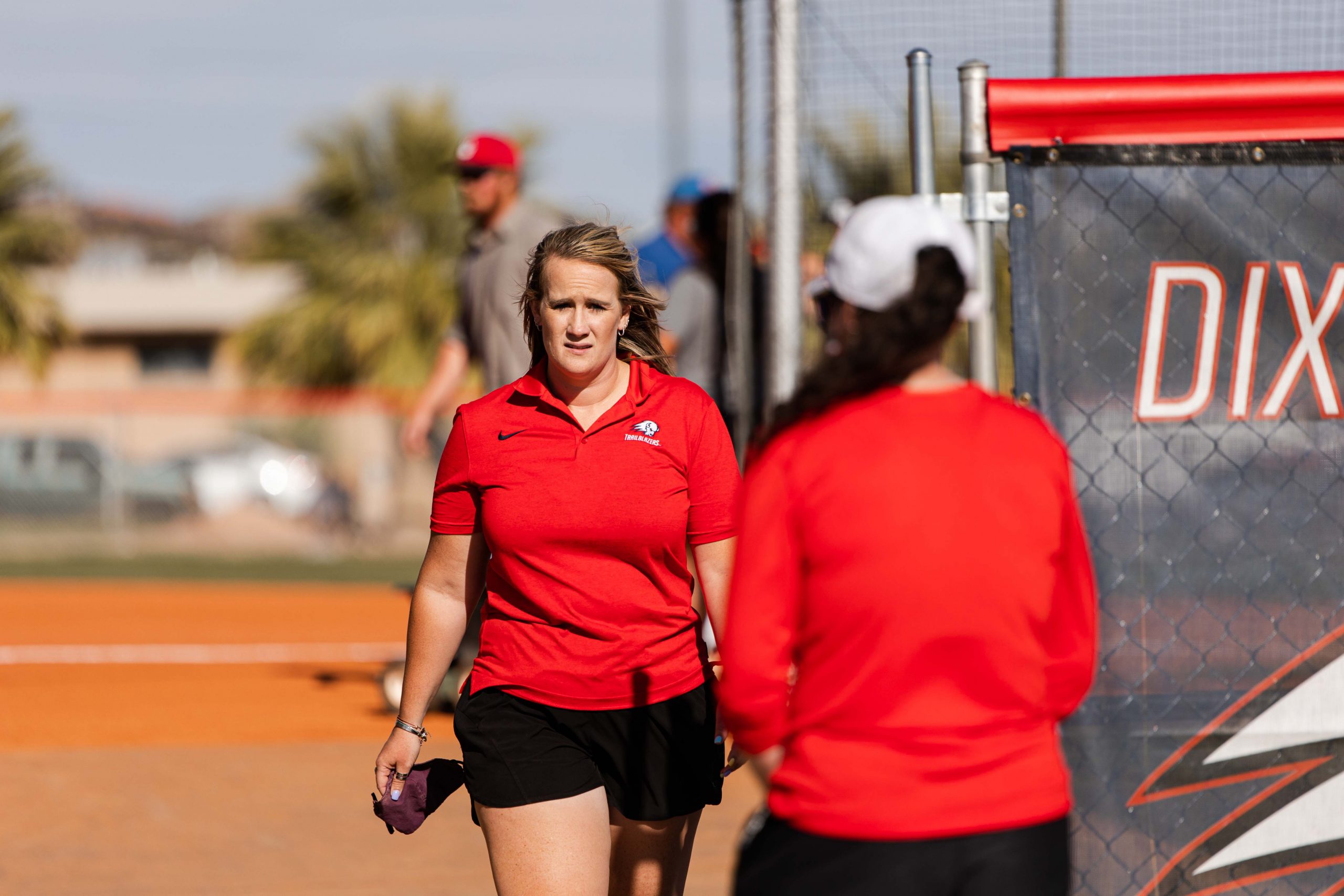 The spring 2021 semester has been nothing but chaos for Dixie State University’s sport information directors and game day staff.

As a result of the suspension of fall 2020 sports, all 15 of DSU’s sports are playing simultaneously this semester, leaving the athletics staff juggling games and events non-stop.

Steve Johnson, associate athletic director of media relations, said these last two months have been the most challenging of his professional career.

Johnson said, “All the work we put in over the last two-plus months is worth it because we are playing games and there is a sense of normalcy returning to our department and to campus overall.”

The key to Johnson’s success is going into each day with a to-do list and a game plan of how to get everything done, he said, especially when there were multiple sports going on at one time.

“In the spring, particularly in February, we had a game every day but Wednesdays,” Bornstein said.

Bornstein had to schedule and run almost every sporting event with her staff spread thin across DSU’s athletic facilities.

Bornstein said, “Our biggest struggle was scheduling when five teams shared the same field [and] while games were getting canceled.”

Bornstein said she would rather have all the games playing normally than canceled and rescheduled.

Corie Holmes, athletic sports information coordinator, was thrown in with the wolves when she joined DSU’s staff in December.

“I just took the season one week at a time, and I am still getting used to all of this,” Holmes said.

Holmes said she is making the best out of her first season with DSU.

Even with the struggle of lacking resources, the athletics staff got creative and gave their interns opportunities to take the reign.

“The tough circumstances allowed my interns to step up and run games by themselves,” Bornstein said.

Holmes had an intern take over the women’s tennis responsibilities completely, giving the intern the ability to learn and grow with real-life experience.

Being a sports director is not all fun and games. There is a lot that goes on behind the scenes that sports fans do not see. Bornstein said the job is tough, and the pandemic made it even harder.

“In my position, it is tough to stay positive,” Bornstein said, “I only hear the negatives from people.”

Bornstein said it is tough to come to work every day when people only nag on what goes wrong at games. She never hears how clean the facilities are or how easily fans get their tickets from will call.

DSU’s athletic staff made a lot of sacrifices to put on a good spring season of sports, but staff members still give props to the athletes and coaches for competing amidst a pandemic.

Johnson said, “As hard as it was for us as a sports information staff, it was even harder for those student-athletes and coaches who had their seasons canceled or postponed, and had their routines altered because of the pandemic.”

DSU Athletics put in a lot of work to keep sports running smoothly despite the pandemic. Even with the struggles staff members faced, they still continued to find the positives in the job they do.

Holmes said: “After this spring, if we ever have another hectic year, we can look back and say we made it through the spring of 2021. Now we can do anything.”