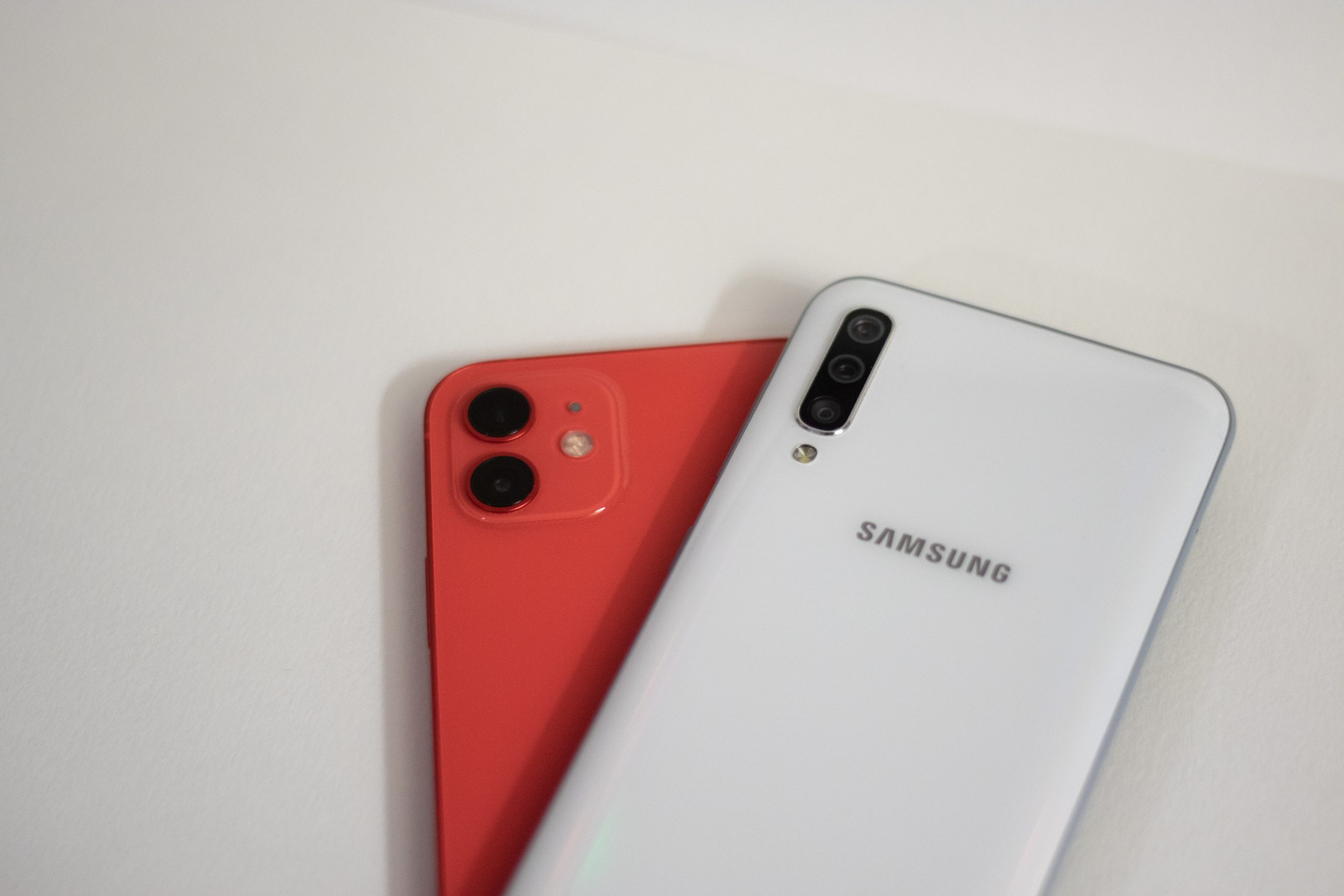 Android vs. iPhone has been a debate for years now. While both have their own pros and cons, Rachel Lords says there is clearly one that stands out: iPhone. Photo by Bailey Chamberlain.

One of the biggest, most heated debates of the 21st century is the age-old question of which is better: Apple or Android?

Now, this is an exclusively phone-related debate; let’s not bring computers into this because that’s a much more complex situation. With phones, there is only one right answer, and it’s Apple.

For some background on my belief that Apple is better than Android, it all started when I was a child growing up in an Apple family. For my entire life, my dad and brother have wholeheartedly believed that Apple is the superior company in all things technology.

For as long as I can remember, I’ve been saying that iPhones are great, but recently I’ve been researching more into the phone’s capabilities. And so, I began my search for what I wanted in a phone, and what I needed to do was learn about both of my options: Apple and Android.

To start off, the first most glaringly obvious point to consider when choosing between an Apple and an Android phone is price. Initially, yes, Android phones cost less than iPhones, but what they are lacking is the durability that iPhones hold.

No, this doesn’t mean durability for dropping — sadly, I’ve yet to find a good smartphone that is shatter resistant, so when that day comes, maybe my opinion on the best phone will change — but durability for processing systems.

Apple uses the iOS operating system, which allows older phones to continue updating and improving years after you buy them. This means that you don’t have to buy an iPhone as often as you would with other brands like Android.

iOS is also known as an easier and more simple system for both the person owning the phone and for the people making apps for the phone. Simplicity is the name of the game for Apple, from the logo to the look of the phone to how everything works inside.

iPhones are high-powered and effortless to use. Everything runs great and you don’t have to worry about being confused by the user interface. This appeals to both the people who don’t know much about technology and those who do know a lot and just want a sleek, smooth experience.

Android phones are known to be a little more complicated and harder to understand. Although I’ve personally never had one, my friends who owned them usually complained about how much they wanted an iPhone instead. They never liked how their Android phones never seemed to run as well as Apple and they always just felt out of date.

There’s also the argument from older generations that you don’t need a fancy phone if all you’re going to do is look at Instagram or TikTok all day. Despite what older people might think, I use my phone for other things, and the way a phone runs those apps is a big part of what makes being on my iPhone enjoyable.

The Apple app store is also known for being a faster and easier place to sell apps. Because of iOS’ trusted simplicity, making apps for it is faster and more targeted to young people since 85% of young people are using iPhones.

Along with most young people, celebrities and internet stars use iPhones too. Even though I’d like to say I’m not affected by what’s on-trend, I do know whenever I see someone famous with a fancy iPhone, I’m jealous if I don’t have one just as good.

Celebrities are known for using them because of their security, the simplicity of the phone, the value — since everything has got to cost some money to be cool — the apps for our age group coming out faster, and the camera quality.

The cameras on an iPhone are known for being amazing; even photographers sometimes opt to use their iPhone over their camera. This is convenient since an iPhone fits in your pocket while a camera takes up a lot of space. iPhone cameras are a good way to opt out of bringing a giant lens around while still being able to capture a great photo.

Meanwhile, Android phones are commonly known for their bad camera quality, so much so that they have become a joke online. If you want some angsty teenager lurking on the internet to give you a sick burn on your grainy photos, use an Android because that’s what you’ll be getting.

So, when I sat down to decide what phone I wanted, I had an easy choice to make. Of course I wanted to get an Apple iPhone. At this point in my life, the iPhone is basically another family member in my household.

I chose an iPhone, and so did 113 million other people in the U.S., and so should you. Today is the end of the age-old debate, and I think it’s obvious who won. Congratulations Apple, you did it again.