The Great Race makes its return 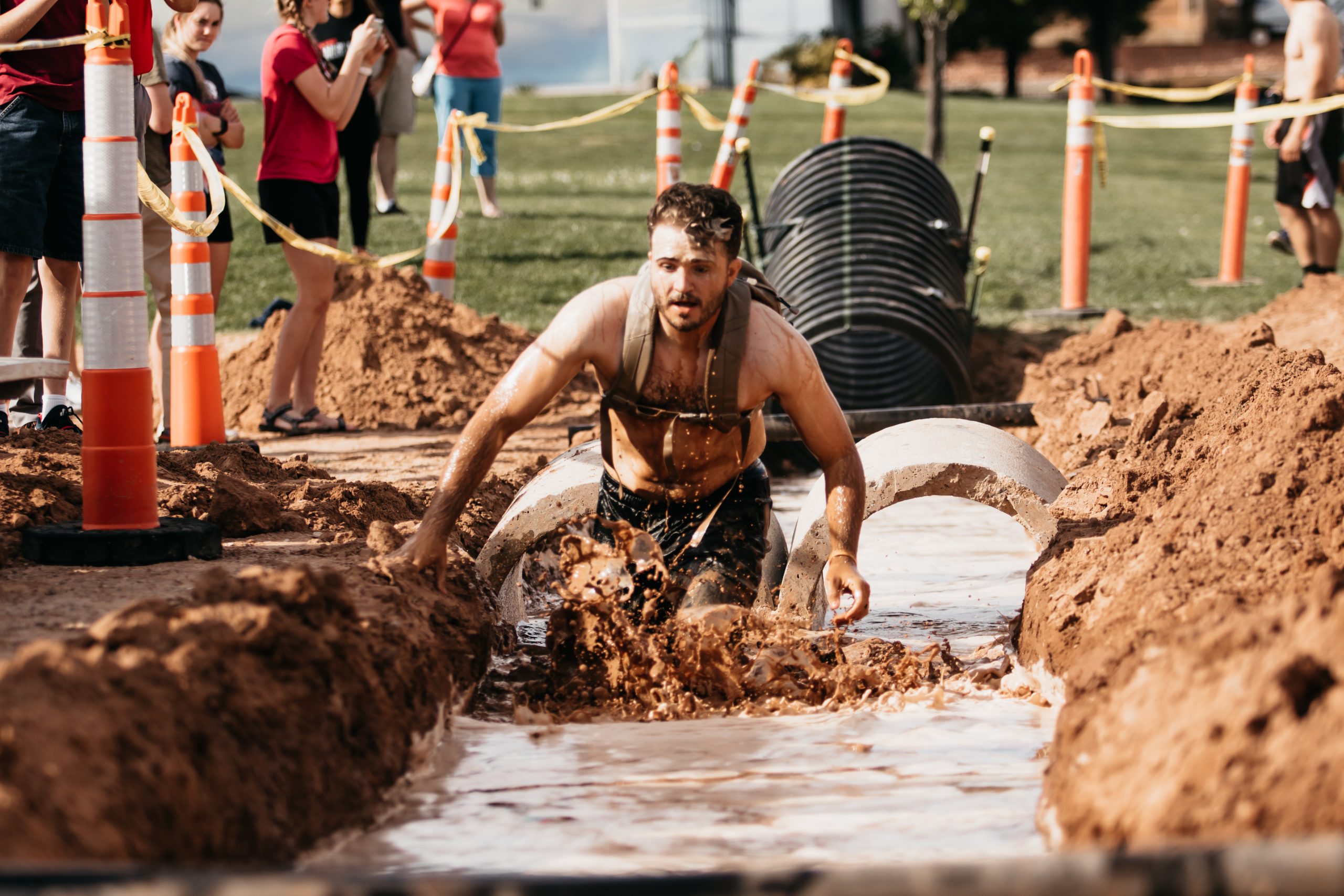 The mudpit was one of the obstacles part of the 38th annual Great Race hosted by Dixie State University held April 9. Teams competed in 10 events around campus and finished at Greater Zion Stadium. Photo by Bailey Chamberlain.

One of Dixie State University’s longest-running D-Week traditions made its return April 9 at Greater Zion Stadium: The Great Race.

It’s a relay-style competition between various groups on campus including students, faculty, staff and alumni.

This year’s winner and back-to-back Great Race champions are “The Ambassadors” with a time of 16:05.

“[I was] supremely delighted [to get the] taste of victory,” ambassador team member Carson Palmer, a junior mechanical engineering major from Stansbury Park, said. “I knew with a team this good there was no chance that we would lose.”

Ambassador team member Lane Johnson, a senior exercise science major from St. George, said he was a part of the last “Ambassadors” team that won the event in 2019, and his team made it a goal to carry on a tradition of winning The Great Race.

Johnson said: “It’s fun putting together a different team this year [filled with] freshmen, sophomores and juniors and doing our best to have a good time and compete. That’s what it’s all about is carrying on a tradition, competing and having fun with your friends.”

Ambassador team member Ivette Balboa, a freshman exercise science major from Kailua, Hawaii, said she felt honored to be asked to be on the team but felt intimidated by being a freshman on a team that won The Great Race previously.

Johnson said what motivated his team to go out and excel at The Great Race was living by their motto, “Be all in.”

“Let’s be all in with everything that we do, whether it’s being in office hours, being in class, being with our friends, or competing in intramurals or traditions like this,” Johnson said. “[Let’s stay in] the moment and [stay] living it up.”

DSU students had a blast during this year’s celebration of D-Week, especially after not having any festive activities last year due to the COVID-19 pandemic.

“Since we haven’t had events like this in over a year, it’s been really refreshing to get out and see friends and make new friends,” Palmer said.

Johnson said he’s grateful for DSUSA and Campus Recreation for putting on great events throughout the school year and keeping campus life enjoyable.

“I can’t imagine campus life without the efforts [DSUSA and Campus Recreation] puts in and [I’m] super grateful for all the memories they’ve been able to give me being a senior, knowing this will be my last experience like this for quite some time,” Johnson said.

There are still four more events to participate in if you haven’t gotten a chance to enjoy D-Week. For more information, visit DSU’s website.