OPINION | Humble yourself: My generation full of narcissists 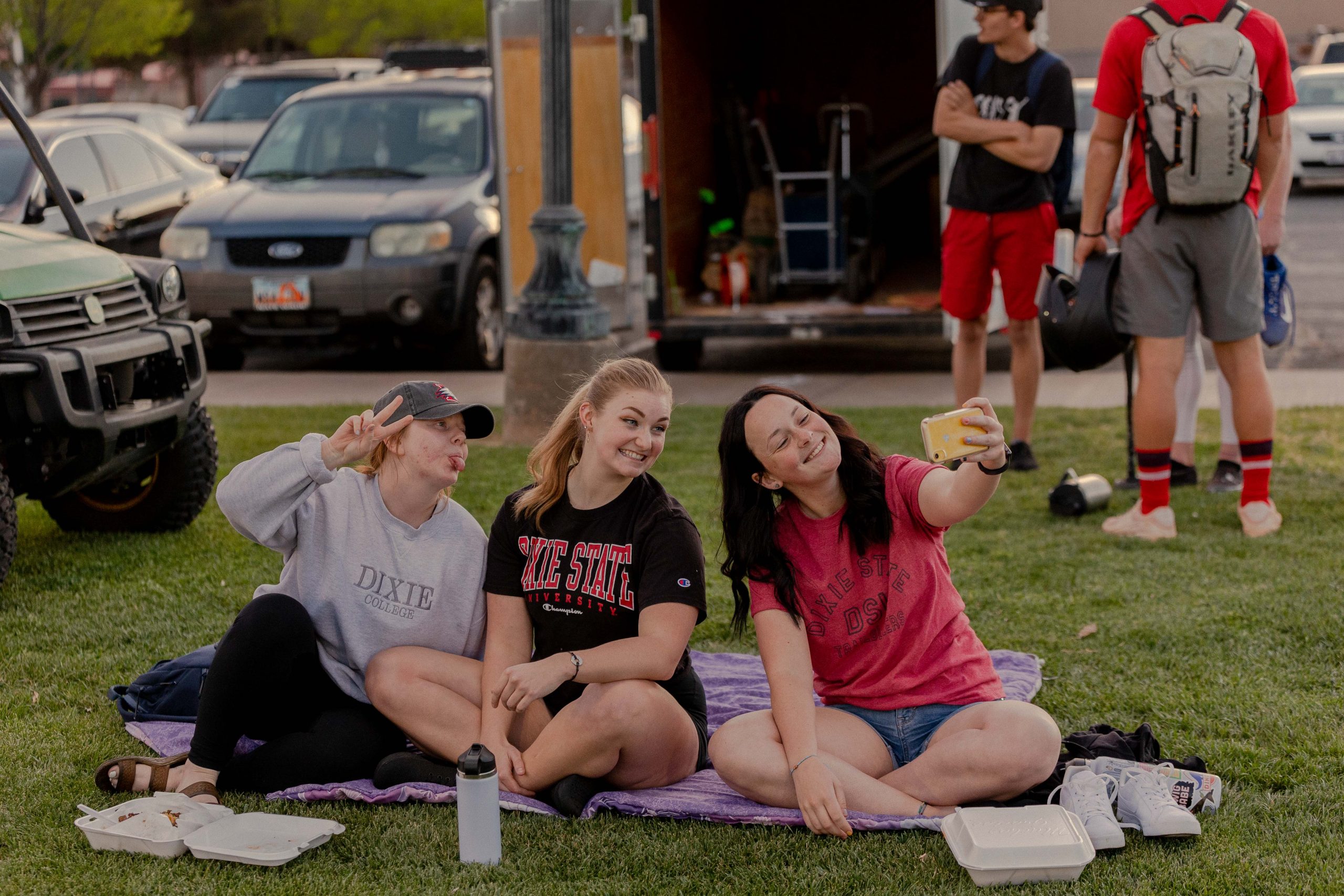 Dixie State University students attend intramural games but take the time to take photos of each other as the games start. This generation's young adults are only focused on self image and personal growth, Sydney Berenyi says. Photo By Breanna Biorato.

It seems that the older I get, the more I’m surrounded by my peers’ endless social media posts and conversations insisting that there are only three people in the world I truly need to care about: me, myself and I.

This ideology that the only way I can become a successful person is by trusting no one and putting myself and my needs before anyone else’s is selfish, narcissistic and shallow; it needs to stop.

Sadly, these traits are how most people have described young adults for hundreds of years, and it has become an instant stigma no Millennial or Gen Z’er can easily run away from.

Young adults believe the “selfish” label given to our generation is well-deserved; what happened to showing others that we care about their needs too? Why have so many Millennials and members of Gen Z shoved selflessness to the side?

According to an article by ED Times, Jean Twenge is a psychologist who has been studying narcissism and its patterns for 15 years. He says young adults in the mass media and pop culture highlighting the ideology of constant individualism with a lack of consideration for others are to blame.

In the same article, it states that all humans are selfish by nature, but why are Millennials and Ge Z’ers labeled as the most selfish and entitled generation in the first place?

Twenge suggests that because our generation is so progressive with technology and we grew up with such advanced knowledge and resources, it makes us feel powerful compared to others from previous generations. This can lead to more selfish mindsets when it comes to “leveling-up” in life.

It’s hard to remain hopeful about my generation replacing our egotistical mindset with something more humble and altruistic when I’m scrolling through Twitter and seeing an influx of Tweets that promote selfish thinking, such as the examples below:

These are just three examples of the thousands of toxic posts my generation produces online each day, idolizing themselves, their goals and their “hustle.” After reading so many of these, I’ve become exhausted with the mindset of too many of my peers.

Don’t get me wrong, I, too, understand the importance of self-care, being independent, taking care of myself, and working hard to make all of my career and personal goals a reality. The difference is that I will never forget to thank and acknowledge the people who have helped me reach my goals and full potential along the way.

I am not a self-made woman; I have a family, fiancé and friends who have been there for me during the darkest of times. To put them on the back-burner and say their goals, accomplishments and desires are not as important as mine is unthinkable.

This generation is creating a world of “me, me, me” when we should really be thinking about how we can become a better “we, we, we” for the sake of future generations to come.

An article in Greater Good Magazine says there are five ways we can reduce narcissism:

It’s OK to work hard and to focus on making yourself a better version of you everyday, but it’s not OK to put yourself on a pedestal and look down upon the others around you.

Be more mindful as you go about your day today; ask someone how they’re really doing, hold the door for your classmates, give someone a genuine compliment, cheer for others who accomplish big things… I promise, your time is coming, and remaining humble, caring and empathetic along the way will only make your journey more enjoyable.