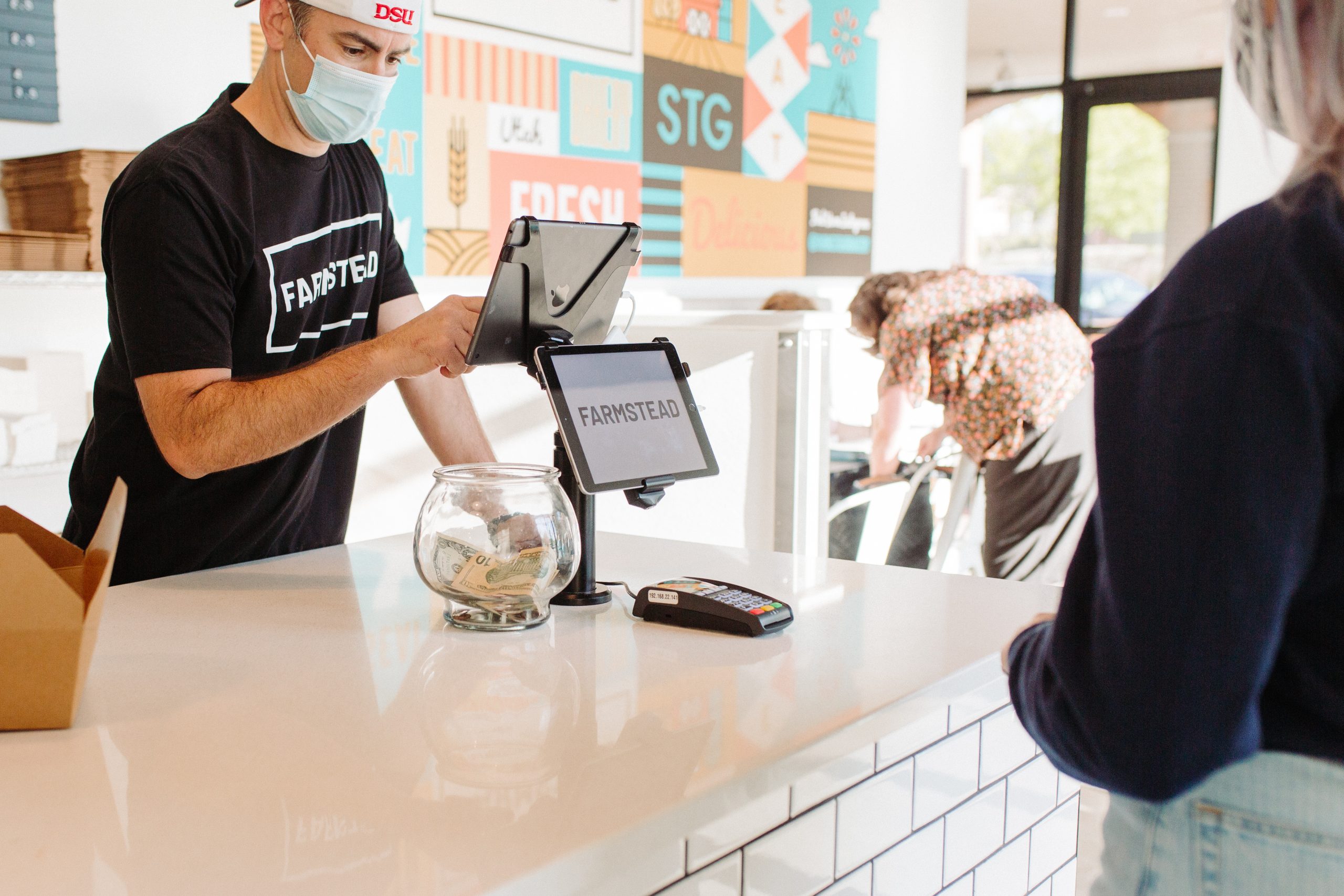 Customers have the option to select a tip electronically or leave cash at restaurants and cafes. Brock Doman says we need to bring an end to tipping waiters and waitresses based on performance. Photo by Emily Wight.

After a waiter or waitress has worked endlessly refilling drinks, cleaning up messes, and treating customers politely, the tip they earn can still be affected based on other employees’ performance. This practice of tipping based on performance is wrong, and the businesses should be responsible for paying the employee appropriately, not the customers.

Anyone who has worked as a waiter or waitress knows one of the worst feelings in the world is to get a lower tip than what you deserved. Nonstop complaints like, “I said no tomatoes on this,” “it’s taking a long time for my food to come out,” and “the people behind me are being really noisy,” are constant throughout the shift.

Waiters and waitresses have a limited effect on how the kitchen functions and how quickly the food comes out; however, people will base their tips on these types of services.

Let’s put this into a different perspective; businessman “A” (the kitchen) was responsible for creating a PowerPoint while businessman “B” (the waiter/waitress) was in charge of presenting. Businessman “A” didn’t do all of his work, but “B” presented it perfectly. This would then lead to businessman “B” taking a pay cut, while the salary of businessman “A” remained the same. See the problem here?

The origin of tipping is still slightly unknown, but the verified Twitter account Uberfacts sheds light on how it started to be customary in the United States.

“Tipping became popular in the U.S., in part, because restaurant owners didn’t want to pay Black Americans after the ratification of the 15th Amendment,” the tweet stated.

As the world progresses and does away with racial practices, tipping wait staff at restaurants is another thing it should consider dropping.

In Utah, tipped employees make $2.13 an hour while the minimum wage for all other employees is $7.25. The current difference is more than $5 between the two employees, which is tremendously too high to be left up to the customer to bridge the gap.

Individuals may leave small tips due to the fact that they don’t know how much they should tip depending on the type of service they are receiving and the restaurant they are in. Consumer Reports suggests tipping between 15-20% of the pretax total of the bill, and the 20% side is what customers lean toward.

I wouldn’t particularly like the idea of my salary being dependent on whether or not a customer is doing their math correctly.

The state’s minimum wage law for waiters and waitresses needs to be adjusted to have an identical minimum wage across the board for all employees. Another option is to have a 20% tip automatically included in the bill so there is no variance in the amount a waiter can receive.