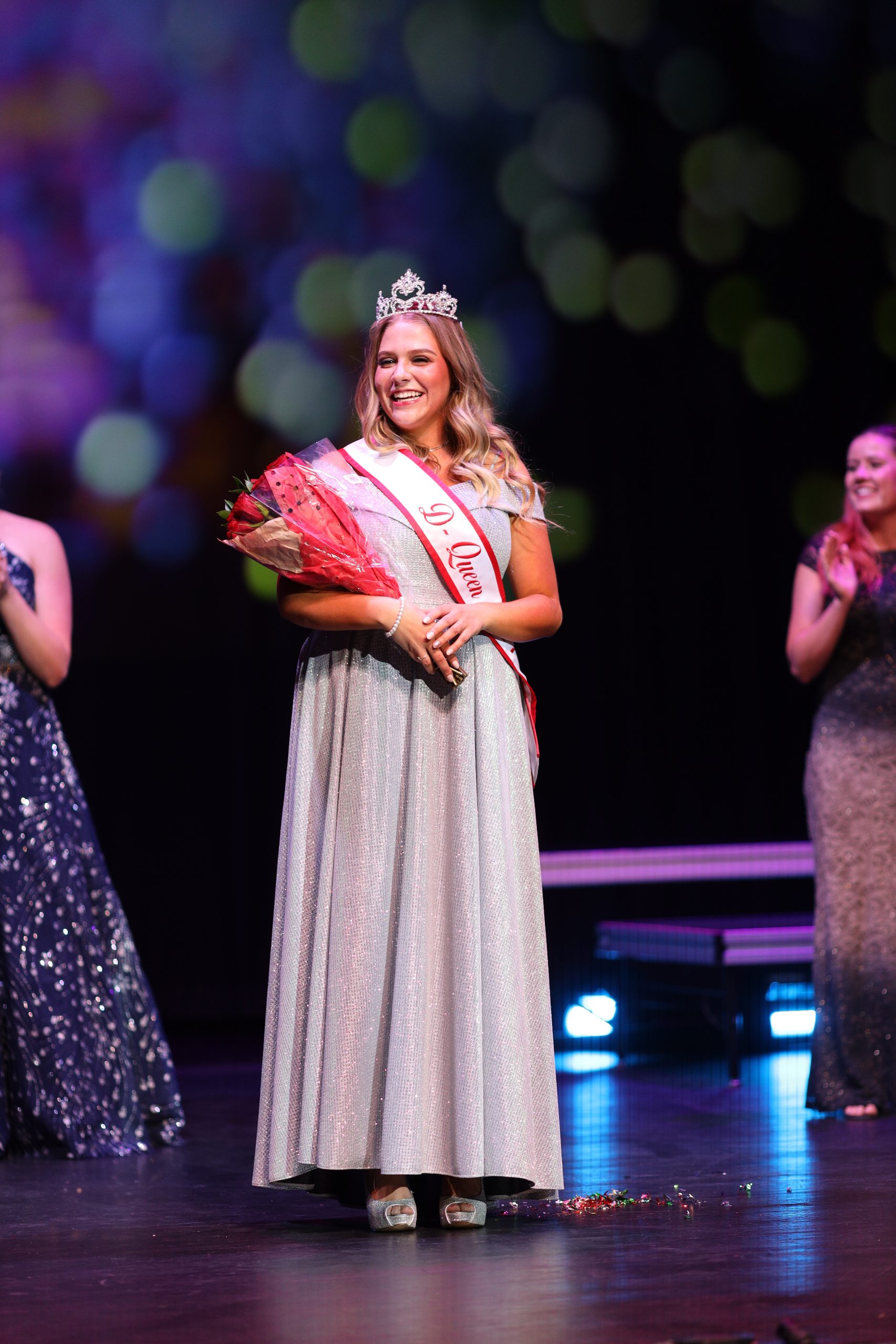 Additional winners are as follows:

After being crowned the 2021 D-Queen, Scherzinger said: “My parents have always been the biggest supporter for me. They have always pushed me, and I always come [out] on top. Even when I do fail, they bring me back and taught me that it’s not failure, but a growing opportunity.”

She also gave a special thank you to Student Life Coordinator Sarah Ramaker who taught her that it’s OK to be yourself.

Scherzinger gave a well-received vocal performance. Johnson gave a brief self-defense seminar to the audience demonstrating her skill to the judges. Samantua danced a number for the audience arousing a positive response. Hickman performed a dramatic monologue piece that made her memorable to the audience. Sansom gave a vocal number in an acapella-style loop that incorporated the audience’s voice.

Even with these distinct talents, contestants believe anyone can participate in the pageant and encourage future participants to give it their all.

“You don’t even need to have a talent,” Samantua said. “I didn’t even really have a talent, [yet] that is something that stood out to the judges.”

Scherzinger said even if you’re scared to try it, go for it if you’re interested.

“It’s the best experience I’ve had this year… it’s so much fun,” Scherzinger said. “It’s OK to be you, that’s what the pageant is about, being yourself and showing people.”

“If your heart is in the right place, you meet so many amazing people and get to grow as a person,” Johnson said.

Other contestants wanted to meet new people during a pandemic.

“I was just trying to take the opportunity to get to know other people, especially during COVID times,” Sansom said. “It was a fun experience overall.”

The contestants said they see the pageant as a way to grow. Hickman said she hopes to carry over her confidence in her future.

“Going through this gave me the confidence to hold my head up high wherever I go,” Hickman said.