OPINION | Be careful with your April Fools’ Day pranks 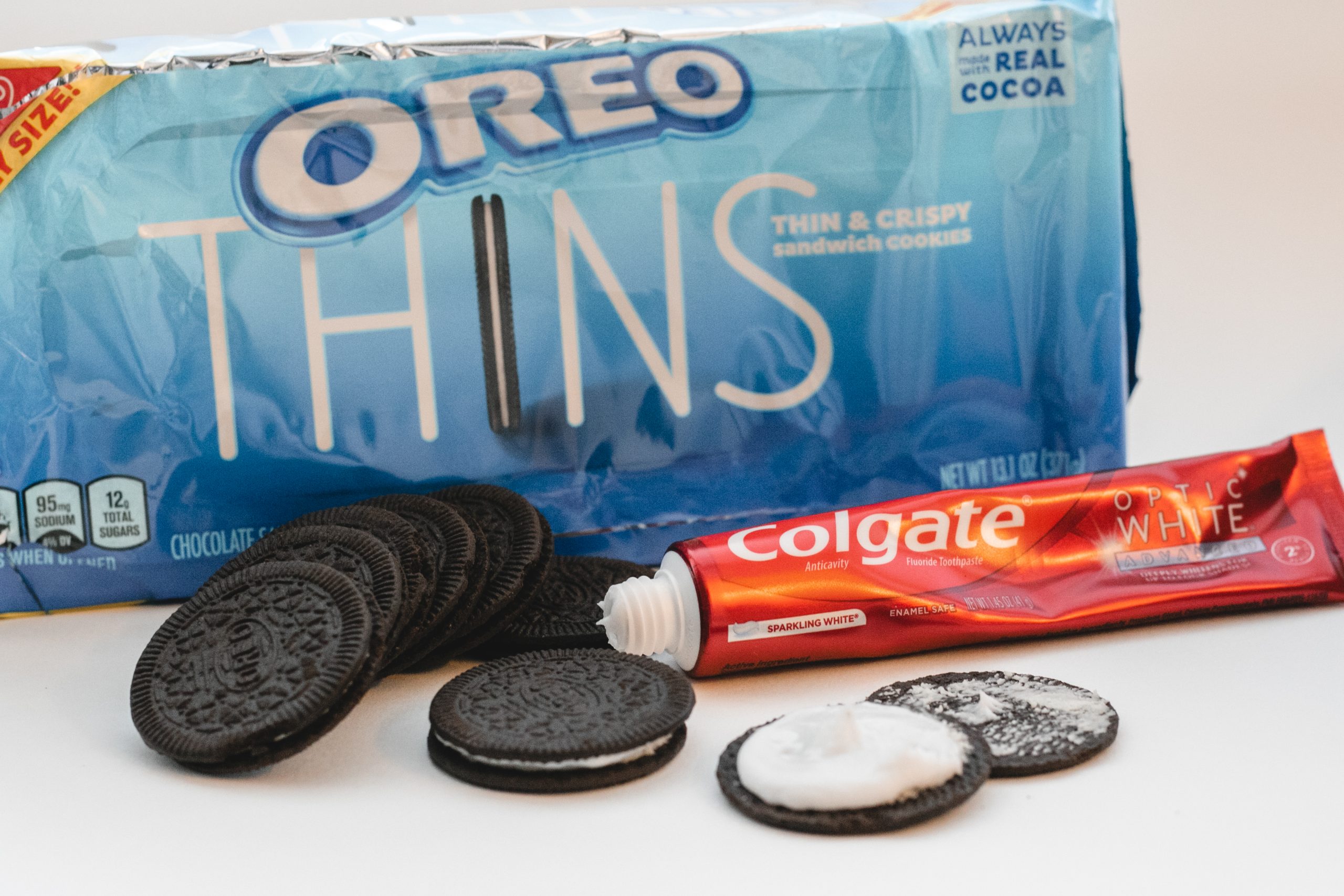 One April Fools' Day joke that may seem harmless at first glance is replacing Oreo filling with toothpaste. Autumn Nuzman says it is important to ponder your jokes to decide what is appropriate and what could be detrimental. Photo by Bailey Chamberlain.

A good April Fools’ Day prank is always fun, but knowing when to draw the line is key.

Placing Bubble Wrap on the underside of a rug, seemingly trapping a phone in an empty bottle, and using a link to “final exam answers” to pull off a rick-roll are all fun and harmless pranks. On the other hand, faking car accidents, risking someone’s job or reputation, and pretending it’s the end of the world are not fun or harmless.

I love a good prank as much as the next person, but some subjects just need to be off limits when it comes to pranking, even when it’s April Fools’ Day. Here are my recommendations for pranks to avoid and some better alternatives to use:

Don’t fake pregnancies, engagements, cheating scandals, illnesses or deaths. They’re not funny. Getting people’s hopes up for pregnancies and engagements is a potential catalyst for depression and resentment, and pretending to cheat can result in reactions ranging from distrust to your partner admitting they also cheated. And obviously, pretending to fall ill or die is an awful thing to do any time, but even more so in the midst of a pandemic that’s killed nearly 3 million people worldwide.

If you’re interested in scaring people in a less harmful way, placing paper cutouts of bugs in a lampshade or strategically placing plastic bugs might be a good idea. That said, if you try to scare me with fake spiders, don’t expect me to be a good sport. Also, be aware of the line between fears and phobias when setting up pranks like this.

Additionally, you could just tell someone you’re going to prank them and really hype it up, then watch as they nervously wait for pranks that aren’t actually going to happen.

Generally speaking, food tampering is a terrible idea, especially with the potential for allergic reactions.

But if you’re going to pull the old toothpaste-in-the-Oreos prank, at least check whether the toothpaste is safe to swallow and in what quantities. For example, my toothpaste says to seek medical help right away if more than what’s used for brushing is accidentally swallowed.

If you want to pull a more harmless food prank, choosing someone without dietary restrictions and passing chocolate-covered Brussels sprouts off as regular chocolate balls might be a safer alternative. Heck, even just swapping which chocolate is in which slot in a box for a little chocolate roulette is fine as long as you’re taking allergies into consideration.

Pranks that involve making a mess should be a no-go unless the prankster wants to tidy up afterward. If you want to place confetti on the ceiling fan, great, but only if you’re going to clean it up when we’re done.

Glitter bombs aren’t exactly the best prank to pull either. Sure, it’s a colorful surprise that’s funny in the moment, but you’ll never really be rid of the stuff once it’s out of its container. Even after thorough cleaning, I’ve found random specks of glitter in my carpet or on my clothes years after the fact.

And please, do not put bouillon cubes in the showerhead. People shower to destress and get clean, not to smell like chicken. If someone did this to me, I would not find it funny in the least.

The mark of a good April Fools’ Day prank is when the person you’re pranking finds it funny too, so try to keep that in mind and consider where to draw the line this April 1.