DSU football shuts out Fort Lewis College, proves it has moved on from Division II level 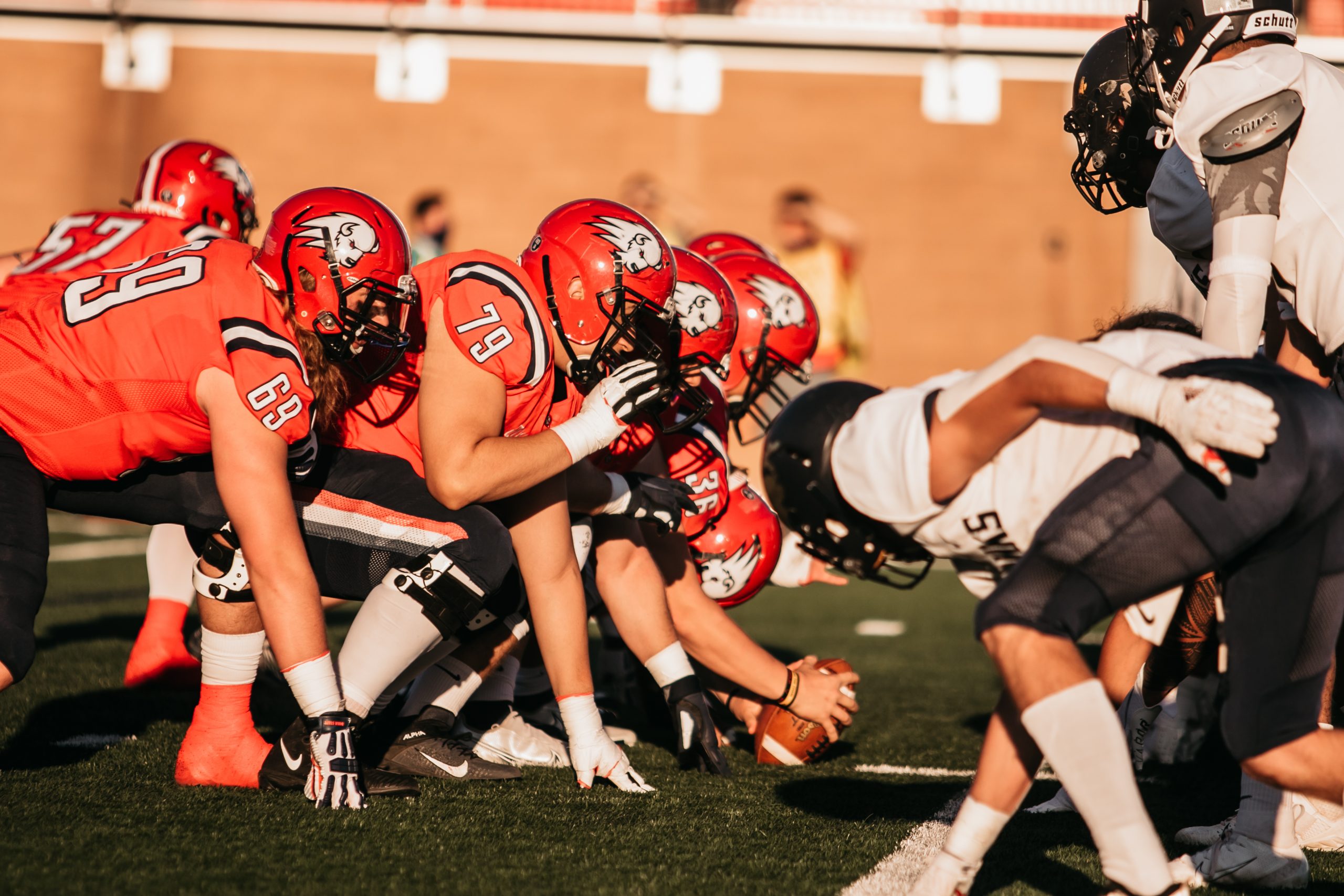 The Dixie State University football team wrapped up its season with a shutout against the Fort Lewis Skyhawks. The Trailblazers ended with a score of 60-0. Photo by Bailey Chamberlain.

“We had to make up for our last home game honestly,” quarterback Kody Wilstead, a redshirt junior accounting major from St. George, said. “We came out pretty [pumped up for this game.] We didn’t want to do what we did last time [because] it was ugly and embarrassing quite frankly, so we came out ready to go and [full of energy.]”

The Trailblazers took on former Rocky Mountain Athletic Conference foe, Fort Lewis College. The Skyhawks started the game with the ball, but on the fourth play of the first series, they fumbled the ball and safety Darius Nash, a redshirt junior business administration major from Los Angeles, picked up the ball and took it down to FLC’s three-yard line.

Nash said setting the tone on defense has always been the mindset for the team and executing that through every play to help set up success for the offense.

Unfortunately, DSU’s offense couldn’t punch in the defensive turnover and it had to settle for a field goal taking an early 3-0 lead. The Trailblazers offense struggled on their next drive still trying to extend the lead; however, defense had the offense’s back and stopped the Skyhawks offense on three consecutive drives.

On DSU’s third offensive drive of the game, it struck gold when running back Quali Conley, a freshman computer science major from Fresno, California, took it to the house for the Trailblazers’ first touchdown of the game. From the moment of Conley’s touchdown, DSU’s offense lit up the scoreboard.

Wilstead had himself a night with 282 passing yards and tying a career high with five touchdowns. Overall, the offense had 124 rushing yards, 312 passing yards, and 436 yards total.

Wilstead said the offense had a fantastic game plan heading into the game, and offensive coordinator Kelly Bills called the right plays to perfectly execute the offense’s success.

The defense was on top of it by shutting down the FLC’s offense. The Trailblazers only allowed 82 rushing yards, 38 passing yards, five sacks, and one interception.

“It was fun to see that we can put a full game together, Nash said. “Seeing everybody making plays and when we can fire out on all cylinders, it shouldn’t matter who’s in front of us.”

The Trailblazers shut out the Skyhawks by a final 60-0. DSU finished its spring campaign with a 2-3 overall record.

Head coach Paul Peterson said his team is on the rise and continues to grow, and after the game against FLC it proves that the football program does belong in the Football Championship Subdivision.

“I just want us to keep progressing the best we can and keep improving, and I think today we took a step towards that,” Peterson said.

The main focus for the team heading into the offseason is to prepare for the fall season for this year and to strive to compete with the best teams at the FCS level.

“Our [team] when we talked to them after the game, they felt the [loss to] Kennesaw State and New Mexico State, [so] we got to be able to match their size and speed, attack this little part of the semester, this summer and be ready to go in August which will be coming up quick,” Peterson said.