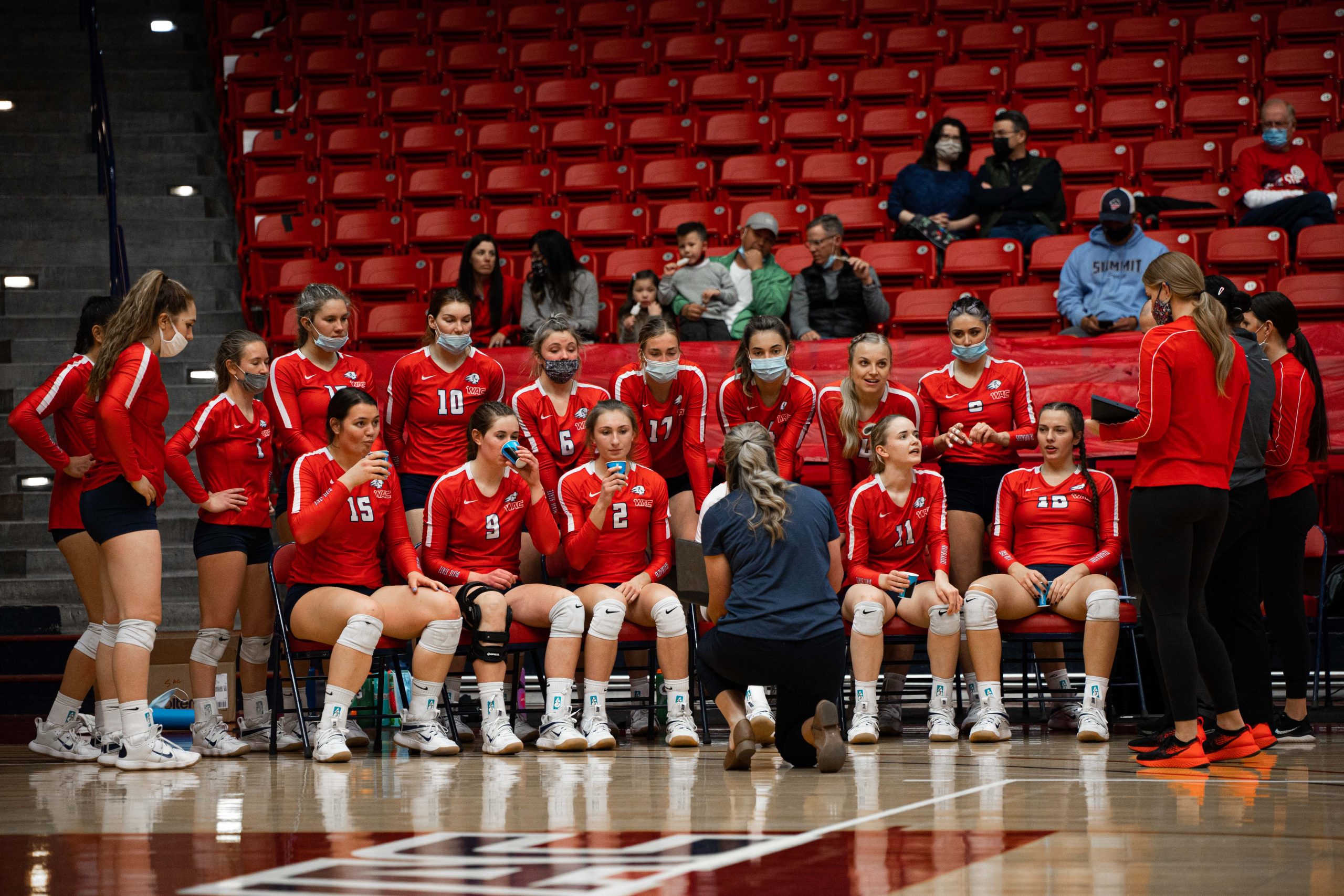 Dixie State University has officially made the jump to Division I athletics, and with that comes reflection on how teams across campus are doing.

Each team on campus has had success. Whether it’s football’s road win at Tarleton State University, men’s basketball’s 93-89 ‘Old Hammer Rivalry’ win at Utah Valley University, or women’s swim hosting the Western Athletic Conference women’s swimming championships, the accomplishments for DSU’s sports teams go on. But if one group in particular impressed in its first Division I season, it’s women’s volleyball.

Women’s volleyball, coached by ninth-year head coach Robyn Felder, went 9-8 this season with a .529 record and an 8-8 or .500 record in conference play.

The only team with a winning record

Not only did the team have a winning record as a whole this season, but the team beat future Western Athletic Conference competitor Southern Utah University 3-0 in Cedar City. Additionally, the team was able to steal sets from UVU and New Mexico State University.

Another aspect of this team is the bright future the players have. This team is incredibly young and has a bright future ahead. Starting libero Mykenna Nelson, a sophomore recreation and sports management major from Phoenix, can still play three more seasons for the Trailblazers.

Additionally, the only anticipated non-returning senior is Sydney Johnson, a business administration major from Spokane, Washington. On the team’s senior night, Sydney was the only one honored since the remainder of the seniors are expecting to come back for another season. There is a strong future for this program in the next year or two as they add some depth to the roster.

Finished No. 5 in the conference

Volleyball finished the season No. 5 out of the nine schools in the WAC this season, ahead of four schools that have been in the WAC for at least three seasons already.

This is the second-highest any team has placed on campus, the highest being softball at No. 2 in the WAC. Baseball and men’s soccer are at No. 6, women’s soccer is No. 7, and men’s basketball finished in No. 8. Volleyball took a 20-8 season in Division II through 2019 and worked hard to turn that into a winning record even in DI.

Three series sweeps through the season, two sets of 3-0 sweeps

Across the 17 matches played, DSU got three series sweeps over WAC opponents. The team earned two 3-0 wins over the University of Texas Rio Grande Valley on Feb. 1-2. Volleyball also beat California Baptist University 3-1 and 3-0 Feb. 15-16, respectively. Then, to close out the season, the Trailblazers beat Chicago State University 3-0 both March 15 and 16 in the Burns Arena.

A series sweep is no small task, but especially in the two instances where they didn’t give up a single set in two series against UTRGV and Chicago State, which showed the grit and determination coach Felder preached about her team all season.

There are many talented student-athletes on campus, but the DSU women’s volleyball team and DSU softball are two teams to keep your eyes on in the future since they have proven to be strong in the first DI season in school history.