A step further: What are the benefits of graduate school? 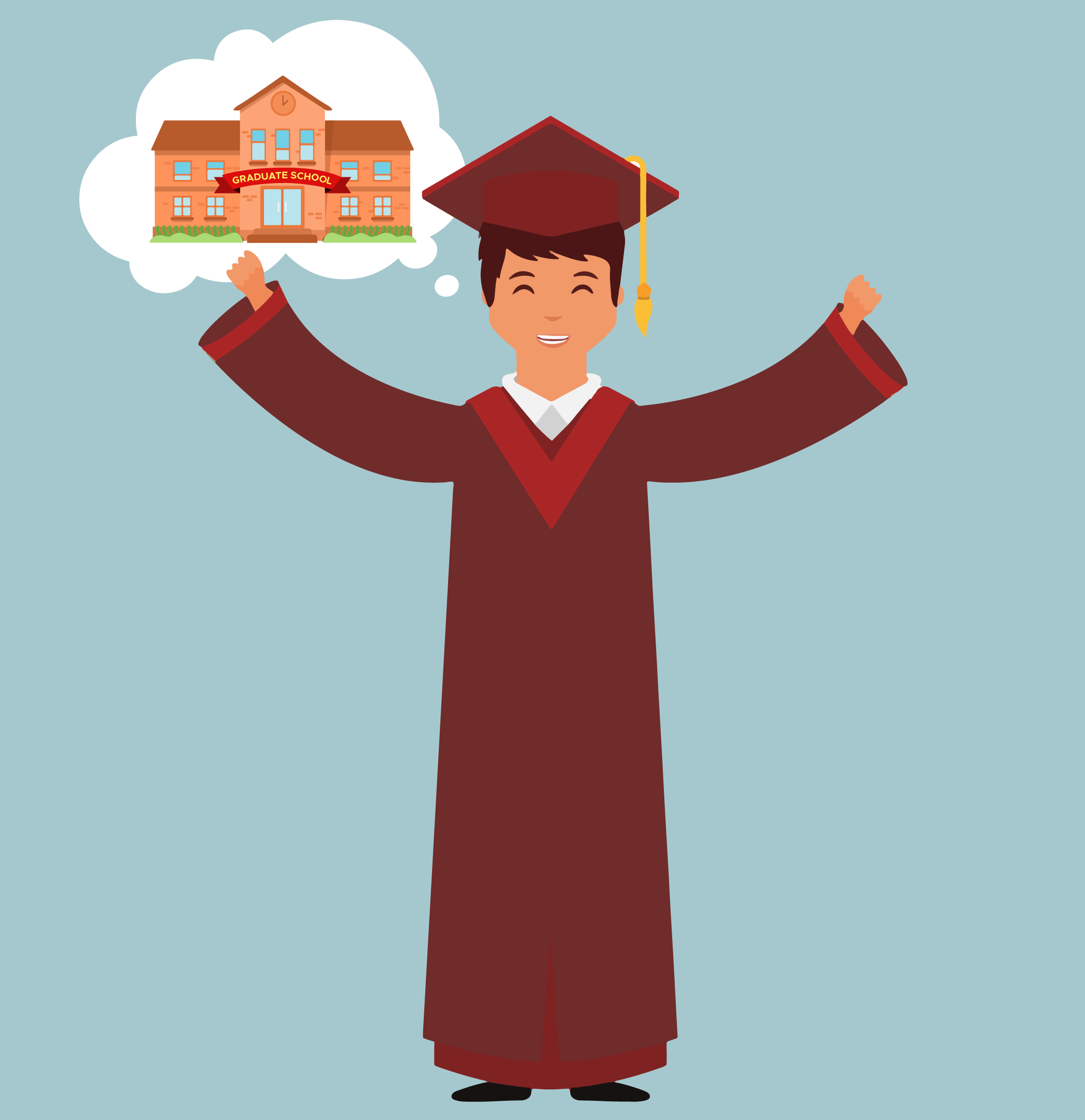 Graduate school is something that may be on the minds of students completing their bachelor’s degrees. Depending on what industry you’re in, graduate school can help you get hired, obtain a better salary and get promoted within your company. Graphic by Emily Wight.

It’s common for students to stop their college education at a bachelor’s degree, not thinking of furthering their education because they initially think it isn’t needed; but what if that’s not true?

A Harvard Business Review article said graduate school is something not a lot of students consider because of the financial toll it can have. But it seems to be something more students are required to do.

The review said in the U.S., the number of graduate students has tripled since the 1970s, and according to some estimates, 27% of employers now require master’s degrees for roles where undergraduate degrees historically sufficed. For those students whose majors only require a bachelor’s degree, it doesn’t seem like it’s worth it to go into debt.

“Graduate school is a sacrifice and a privilege,” said Joy McMurrin, assistant professor of English. “It requires a lot of time and, for most, a lot of money; but the tangible return on one’s investment — a raise, promotion or new employment — is often immediate. The intangible rewards are the most valuable, however.”

In his article Higher Education, Wages, and Polarization, Rob Valletta examines the differences in pay among workers with different education levels. He concludes that there has been increasing polarization among workers.

In 1979, workers with at least a college degree made 35% more on average than workers with no more than a high school diploma. By 2013, this gap had increased and reached nearly 80%.

With this knowledge, students may want to take a closer look at the benefits that graduate school has. McMurrin said it just may be worth it after all.

McMurrin said, “People considering graduate school will sometimes ask, ‘Is it worth it?’ My answer is this: I have never known a single person who regretted earning a graduate degree; not one.”

Graduate school may be beneficial, but it may not be the right path for every student.

“There’s definitely some pluses to it, but it’s not necessarily the next step for everybody,” said Shane Blocker, assistant director of Career Services. “You kind of have to get an idea of what those future things that you want to do are.”

Blocker said having a master’s degree can be beneficial for students when it comes to applying for jobs.

“When we’re hiring people, those master’s programs put them a step above a bachelor’s program,” Blocker said.

When the time comes to start thinking about your education and whether you want to go a step further, there’s plenty of things to think about.

Blocker said it all depends on what industry you’re in. If it can help with salary, being hired and moving up in a job, those are all things you’ll want to think about before taking that next step.