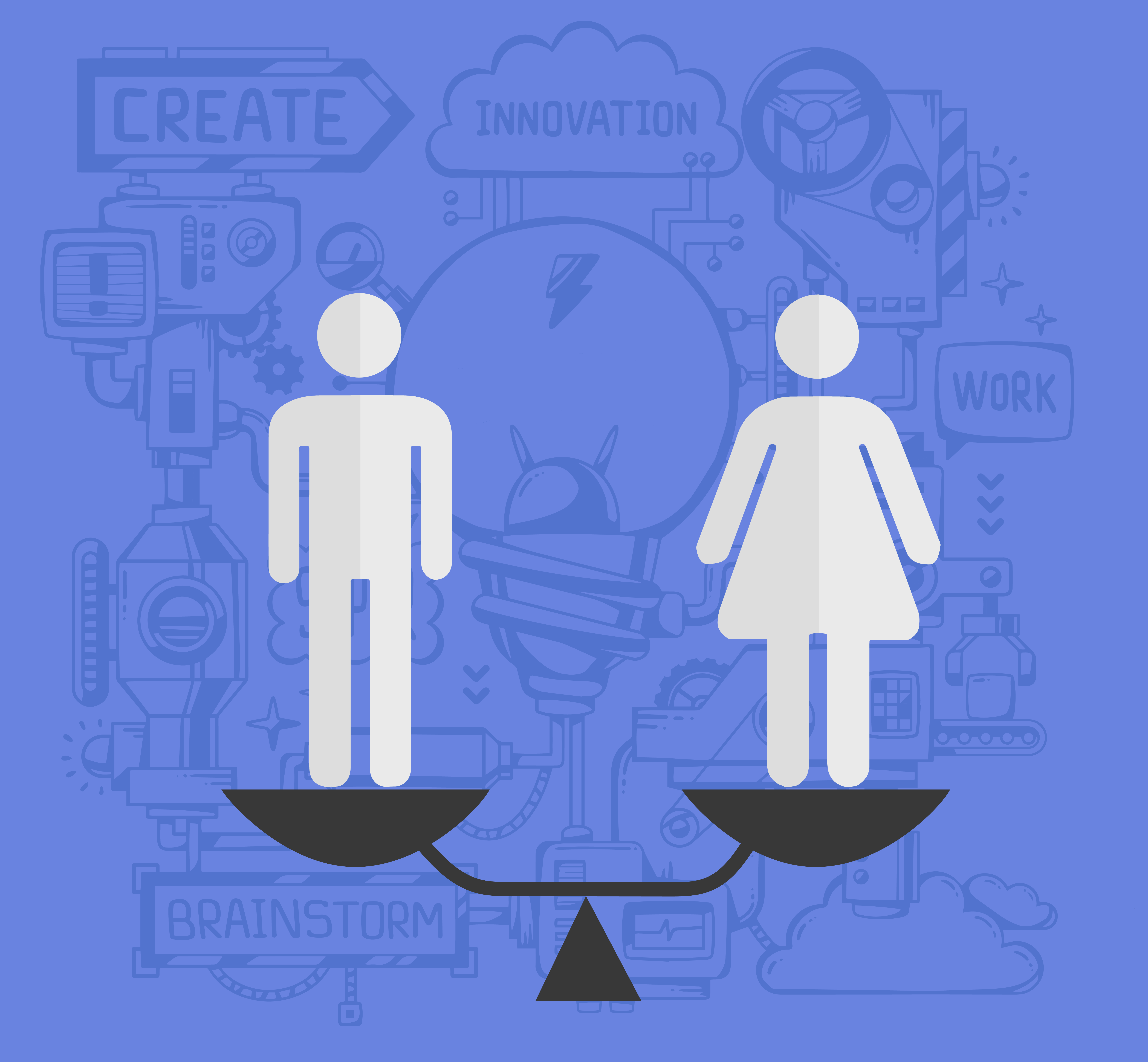 The Equal Rights Amendment would guarantee equal legal rights for everyone regardless of sex. "Today we need to work harder to not only acknowledge that women and men are equal, but we need to show the world that they are," Rachel Lords says. Graphic by Emily Wight.

Everywhere around us, we are surrounded by both men and women. We are taught by men and women, we are helped by men and women, and most of us identify as men and women regardless of what biology might have assigned. We are all people at the end of the day, all living, breathing human beings existing together.

Despite this, women are sometimes treated as less than men, and the reason is simply because they are women. We live in a generation where gender inequality shouldn’t exist anymore, but sadly it does. In fact, the United States still hasn’t passed the Equal Rights Amendment, which would guarantee equal legal rights for everyone regardless of sex. This would end legal distinctions in terms of divorce, property, employment and more.

The Equal Rights Amendment has passed in 38 states, but Utah and 11 other states have not passed this amendment to ensure equality federally for all.

The most obvious way to find gender inequality is to look at the gender wage gap. For every dollar a man makes, a white woman makes 79 cents, an Asian woman makes 90 cents, a Black woman makes 62 cents, an American Indian or Alaska Native woman makes 57 cents, and a Hispanic or Latina woman makes 54 cents for doing the same job.

As a woman myself, I find this extremely unfair and horrible. I work just as hard as men, I go through school to get my education just like men, and I am just as qualified and skilled as men, but because of my gender, I have to work harder for a career.

It’s like sitting a blonde man next to a red-headed man and saying the blonde man gets to make more because the manager doesn’t like how redheads look. There’s no solid reason, and there will be excuses made, but in the end, it all comes back to the gender of the person.

Reasons vary for this ranging from education levels to different job types and difference in experience, but it all comes back to discrimination that still goes on in our world today. I was once told in a high school history class that the wage gap comes back to the fact that women have maternity leave.

This is completely false and just one of the many things that my teacher would spout off that made me angry, but it made me wonder why he would ever say something like that to a class of kids who are supposed to learn from him.

It felt as if he meant women were being punished for bringing life into the world, punished for one of their body’s functions, and that men have no responsibility for it.

“In a world where I am told I am not enough, I and billions of other women work hard to prove ourselves everyday.”

I did not choose to be a woman with all of these forced responsibilities.

I did not choose to be a woman who gets told by those older than her that I should be excited to have a family one day instead of excited to follow my dreams.

I refuse to be punished for my biology and I refuse to have my fate chosen for me by men who think they know better than women.

This same teacher went on to say how women don’t get chosen for jobs because women don’t do as well in interviews. He reminded us of the stereotypes I fight to not let affect me, such as men present as better leaders, men are more analytical, more rational, and women are submissive and more emotionally volatile. My teacher even said if a woman comes to an interview and acts like a man she seems like a “b****.”

This was a class of young men and women, a class of people influenced by teachers they are supposed to believe. This man’s blatant sexism in class was praised as him being brutally honest with his students.

Since when was telling me that as a woman I will have to work harder to show that I am worthy of the same thing as men the truth? Why tell me I’m too weak to be as good as a man, but when I’m strong that it’s just too much? Regardless of my efforts, I will only be offered 80% of what a man makes.

We are citizens of the United States of America and we preach equality and freedom. Not all men are like this, but there are so many who prevent women from having the same opportunities.

Today we need to work harder to not only acknowledge that women and men are equal, but we need to show the world that they are. Words are no longer enough.

The United States needs to pass the Equal Rights Amendment to federally protect its citizens from injustices. Equal pay needs to be instated regardless of gender or race. Until those things start happening, we won’t be able to truly say we as a people are equal.