DSU women’s soccer falls to Seattle U in extra time 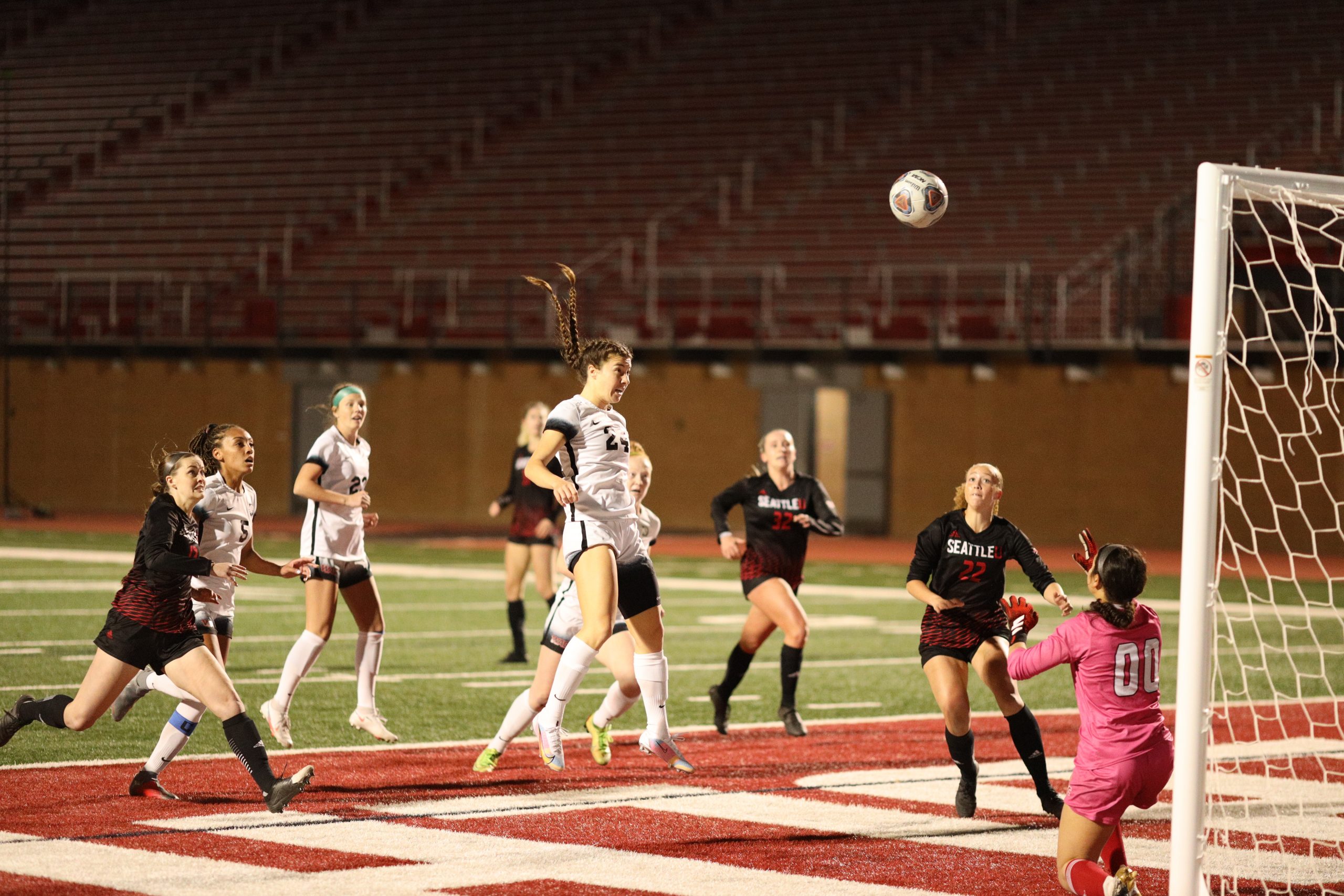 0-4-1 isn’t the record anyone hopes to have as they join a new conference and have an inaugural season to Division I play. After having its last two games canceled against Grand Canyon University, DSU women’s soccer team used this time to its advantage.

“We focused a lot on film and the distribution options of the ball,” head coach Molly Rouse said. “[Seattle U] is a very good team in our conference, and they are the reigning WAC champs. We knew they were going to be a really good team.”

As the RedHawks of Seattle University came to town, getting a win against this squad would be no easy task. SU entered the contest with a record of 3-2-1 and undefeated (2-0) in the conference.

As the Trailblazers geared up for the matchup on March 4 at Greater Zion Stadium, it looked as if a different team had taken the field from what we had seen before.

Toughness, grit and resiliency were all aspects DSU showed throughout the game as many players finished with turf-burns and bruises. Players were on the ground a majority of the game as they physical matchup took place between the two teams.

“We entered the game with the mindset of ‘we had nothing to lose,'” Rouse said. “Let’s throw everything we have at it and continue to learn and grow, getting better in our own process.”

As the physicality of the game persisted, Kennedy Warnick, a freshman secondary education major from St. George, found the back of the RedHawk net putting the first point of the game on the board with 25 minutes left to play in the first half.

“I was really excited,” Warnick said. “But I have to give most of the credit to Sophie. I was just there to clean it up and finish it off.”

The next portion of the game was all pressing defense for the Trailblazers until 16 minutes left in the game when a questionable foul was called, and Seattle U capitalized on a penalty kick tying up the match 1-1. As both teams battled hard the final 15 minutes of the game, extra time was needed for a team to claim the victory as the teams entered an overtime period.

With just over five minutes left in the first overtime period, Seattle U broke through the Trailblazer defense and shot the ball just over the outstretched hands of the keeper to end the game.

DSU remains winless on the season but continues to press its opponents until the final minutes.

“We just need to finish the opportunities we have,” said Trailblazer goalie Hollee Harrick, a freshman political science major from Baroda, Michigan, said after recording eight saves in the game.

“If we can just get over that final hump with one more push, we can score a lot more goals which would result in winning more games,” Harrick said.

DSU will take the field against the Seattle U RedHawks for a rematch March 6 at 11 a.m. at Greater Zion Stadium.