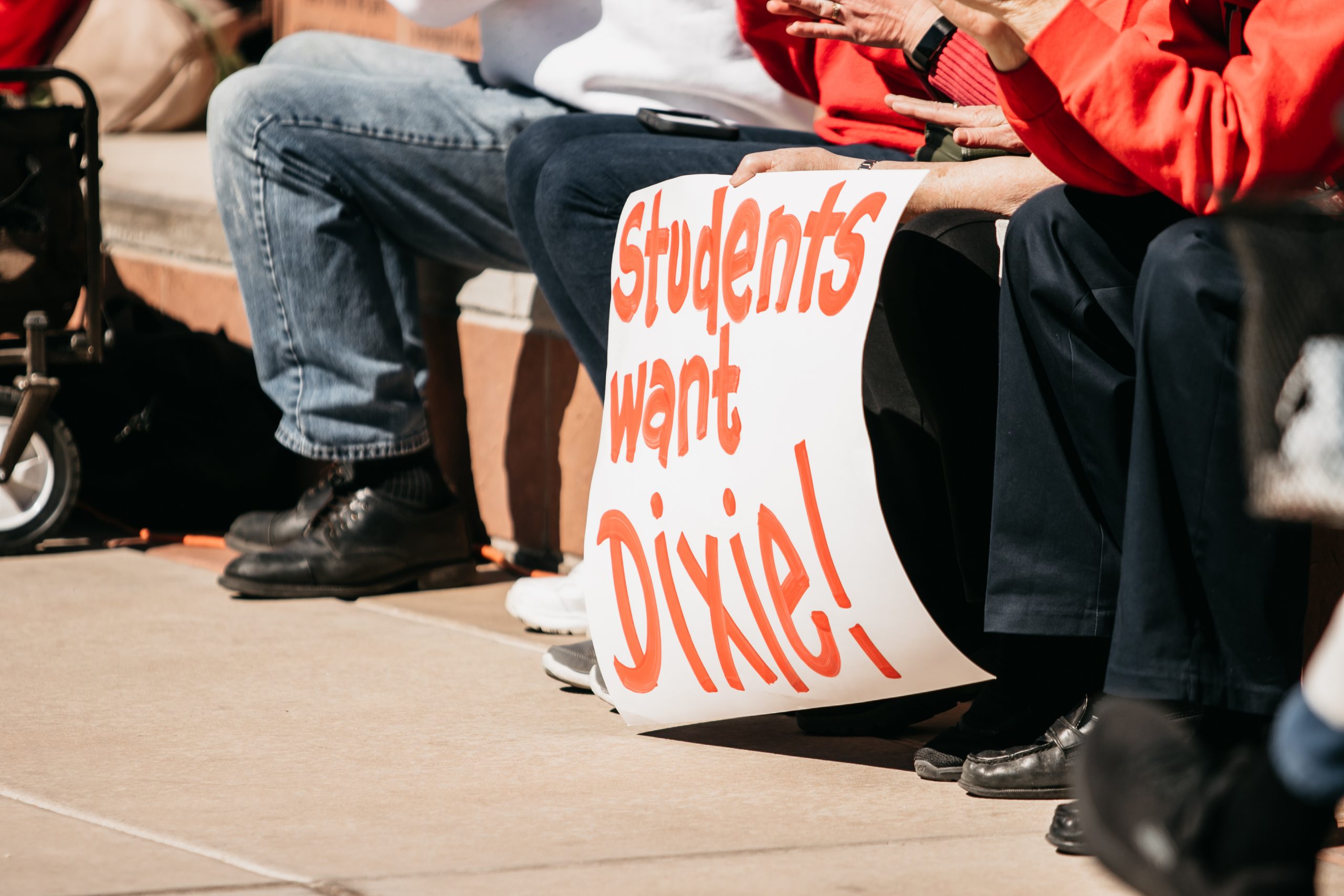 The Defending Southwestern Utah Heritage Coalition formed a protest against the name change of Dixie State University on campus March 1. The Utah Senate Education Committee voted March 1 to send a version of the bill to the Senate floor. Photo by Bailey Chamberlain.

UPDATE: The Utah State Senate passed H.B 278 March 3 in a 26-3 vote, where it was then voted on again by the House where it passed with a vote of 48-23 with four absent votes.

House Bill 278 Substitute No. 1 requires the Board of Trustees to create a heritage committee in an effort to preserve the heritage, culture and history of the local region.

The vote was six to one in favor of the bill, which will now be sent to the Senate floor to be voted on.

“One of the things we do in the substitute is we make sure there is a lengthy process the Board of Trustees will follow,” said Sen. Michael McKell, R-Spanish Fork, who sponsored the name change bill in the Senate.

House Bill 278 Substitute No. 1 was updated to cater to both those in support and those in opposition to the Dixie name change bill.

St. George Lawyer Tim Anderson said: “My concern is that as we look at the heritage [and] the tradition, the culture of southern Utah is quickly being eroded by this. We see this situation where the university is quickly walking away from the community, and that is difficult for us.”

McKell said, “The Board of Trustees shall establish a Heritage Committee to identify and implement strategies to preserve the heritage, culture and history of the region on the campus of the institution, including the regional significance of the term Dixie.”

The Heritage Committee will be implemented on campus to keep the traditions of DSU and not lose the favored history of the name Dixie. It will also allow for additional input and conversation among the community, students and faculty.

House Rep. Kelly Miles, R-South Ogden, who sponsored the name change bill in the House, said: “With this additional public input, the Dixie State University Board of Trustees, and eventually The Utah Board of Higher Education, will return to the Legislature later this year with a name recommendation that enables this great university to thrive as it takes on a regional and even national presence.”