DSU baseball team set for next level of competition 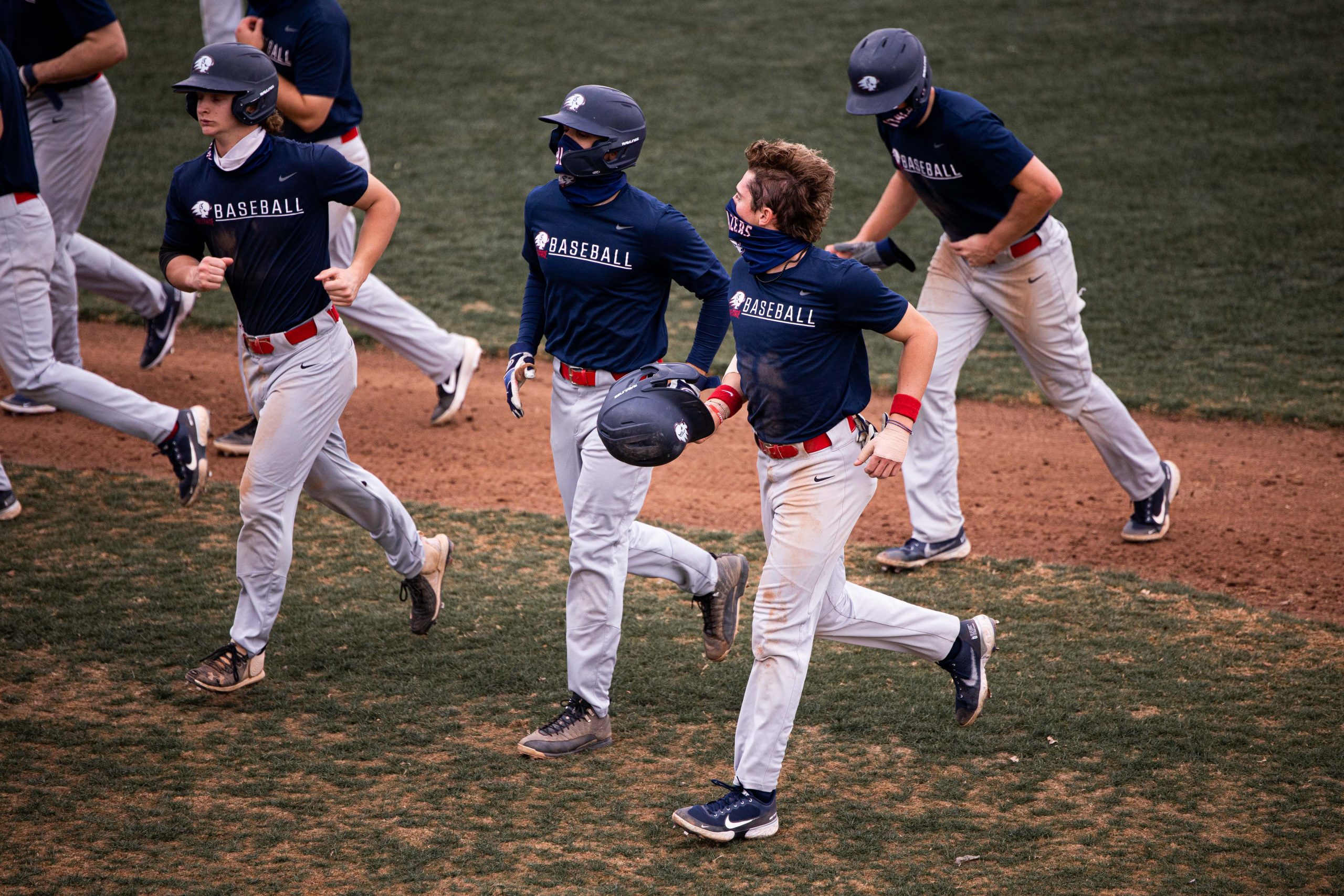 Dixie State University baseball is preparing for the start of its season. The team's first game is Feb. 25 against Washington State. Photo by Breanna Biorato.

Following the blindside hit of the COVID-19 pandemic last year, the Dixie State University baseball team will look to finish what it started this season.

The Trailblazers got off to a 15-3 start last season, and they are locked and loaded with 27 returning players this year including five fifth-year seniors.

First baseman Jake Engel, a senior business administration major from Tucson, Arizona, said he came back for a fifth year because he didn’t want COVID-19 to be the reason to hang up his cleats; he’d rather walk away from the game on his own time.

Pitcher Brayden Bonner, a senior exercise science major from Murray, said he returned for another year because he had the feeling there was unfinished business due to the team’s hot start last season.

Bonner said: “I felt like the job wasn’t done [because] we didn’t get that celebration at the end of the year like all of us being seniors and everything, getting that feeling of finishing on the right note. It didn’t feel like we finished; it felt more like we had to come back.”

The NCAA Division I Council voted March 30 to grant an extra year of eligibility to all student-athletes in spring sports whose seasons were canceled because of the COVID-19 pandemic.

Head coach Chris Pfatenhauer said it’s important that the fifth-year seniors came back for another season because of the maturity they bring to the team and to give the baseball program a better chance to transition to the DI level.

Pfatenhauer said: “It puts us in a better position to have that many more guys with that many more college at bats and innings under their belt, and innings on the mound. So, I think that maturity, you can’t replace that sort of experience.”

It’s incredible news for the fifth-year seniors to have an opportunity to play another season and the majority of last year’s team is returning, but DSU will need to buckle up for the competition that lies ahead.

Pfatenhauer said his Trailblazers were able to land the tough opponents on their schedule because of his relationships with other coaches at different colleges before joining DSU, and because the DSU baseball program was competitive at the DII level.

Catcher Cade Spurlin, a senior applied sociology major from Santa Clarita, California, said the team needs to stay in sync and do its part by pitchers throwing strikes, hitters getting runs, keeping the other teams’ defense out on the field, and minimizing errors.

Pfatenahuer said the team will have its lumps here and there, but it’s going to be a matter of his team staying on the same page competing at a high level.

Pfatenhauer said: “’We’re pulling at the same end of the rope;’ that’s our theme this year. We’ve just got to make sure that win, lose, draw or whatever is going on the field, we’ve got to stay together on the field.”

The Trailblazers will have their season-opening series at home against Washington State University Feb. 25-28 at Bruce Hurst Field.