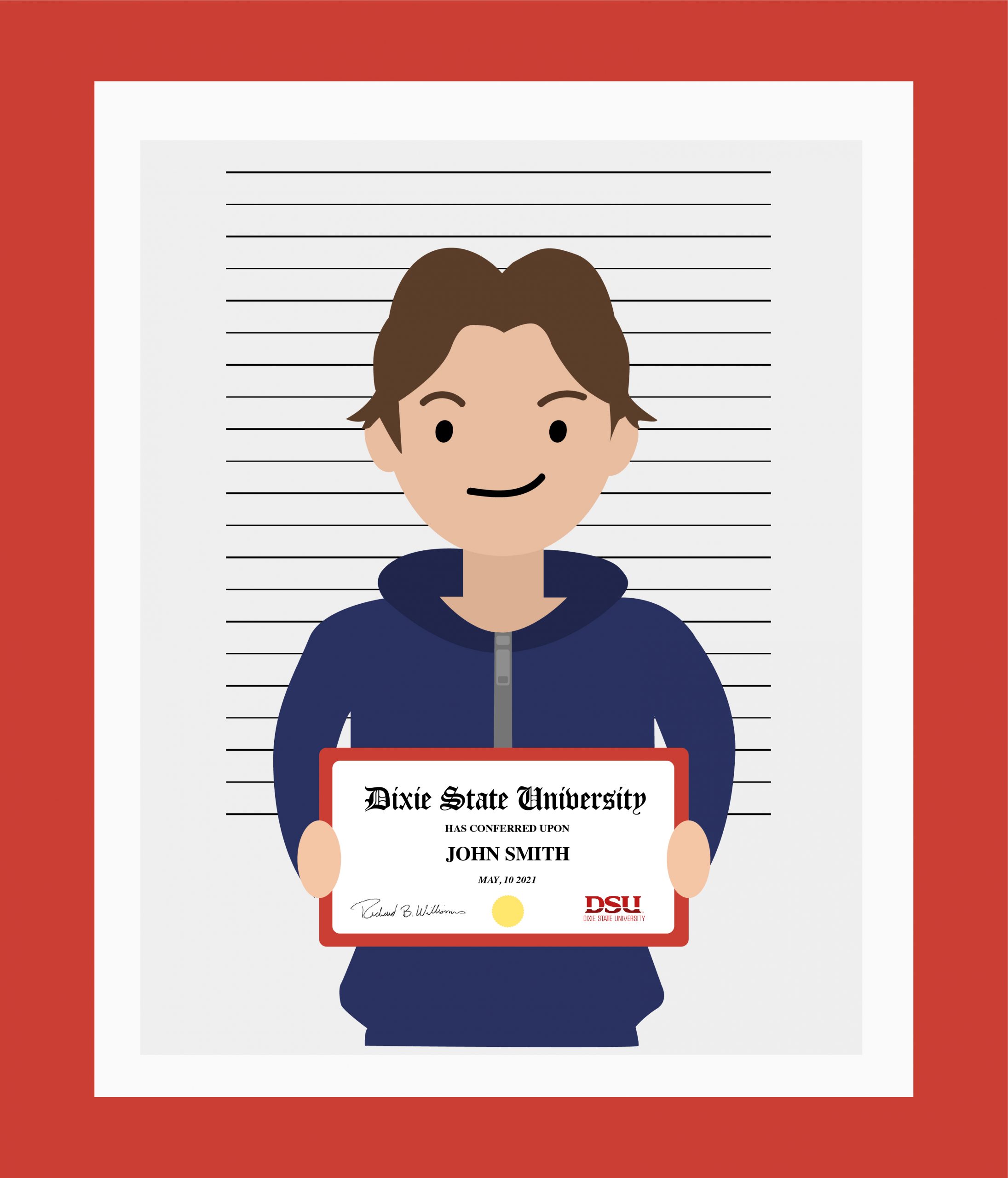 If passed, House Bill 279 will allow incarcerated adolescents to participate in concurrent enrollment at DSU. Autumn Nuzman says this will be a great opportunity for their futures. Graphic by Emily Wight.

The proposed Dixie State University Higher Education for Incarcerated Youth Program is a great tool for reducing recidivism among incarcerated adolescents and giving them increased opportunities for their futures.

House Bill 279, if passed by the Utah State Legislature, will enable DSU to provide opportunities for incarcerated adolescents to participate in concurrent enrollment and gain college credits that can be applied toward earning a certificate, associate degree or bachelor’s degree, or toward satisfying scholarship requirements.

This program is great since higher levels of education and employment are frequently correlated to decreased levels of crime and recidivism in both adults and adolescents. This is because education and employment are ways of developing bonds of attachment and commitment to conventional society, and those bonds are key to reducing reoffending rates.

Logan Reid, director of prevention at Southwest Behavioral Health Center and part-time instructor at DSU, said in the crime and deviance unit of his social problems class that the adolescents he’s worked with are less likely to reoffend when they commit themselves to their education. He cites academic failure as one of the external influences that contribute to recidivism.

Crime and the stigma associated with it can limit access to education and employment opportunities, especially when job and college applications ask whether applicants have ever been convicted of a crime. But there are usually also questions about mitigating factors such as whether the applicant worked while incarcerated or took rehabilitative measures, so a program dedicated to educating incarcerated adolescents could remove some of those limitations.

The communities these adolescents live in after their release from incarceration benefit from the increased productivity and reduced recidivism rates as well. Anything that lowers crime rates and increases the number of qualified, productive individuals is good for the community.

I’ve known formerly incarcerated people and seen how hard it is for them to get an education, apply for a job and stay productive even when their heart is fully in it, so seeing DSU provide a resource like this is a welcome shift.

DSU’s role in the program will strengthen the university’s reputation and ties to the community it serves, and it will likely bring in more students over time who might not have previously had the opportunity. The entire situation is a win-win as long as the bill passes through the Utah State Legislature, which it hopefully will given that the bill’s sponsor, Rep. V. Lowry Snow, R-Santa Clara, has previously championed other successful juvenile reform bills.

Call, write or otherwise contact your legislators and let them know how impactful this program will be for both incarcerated adolescents and the community as a whole.