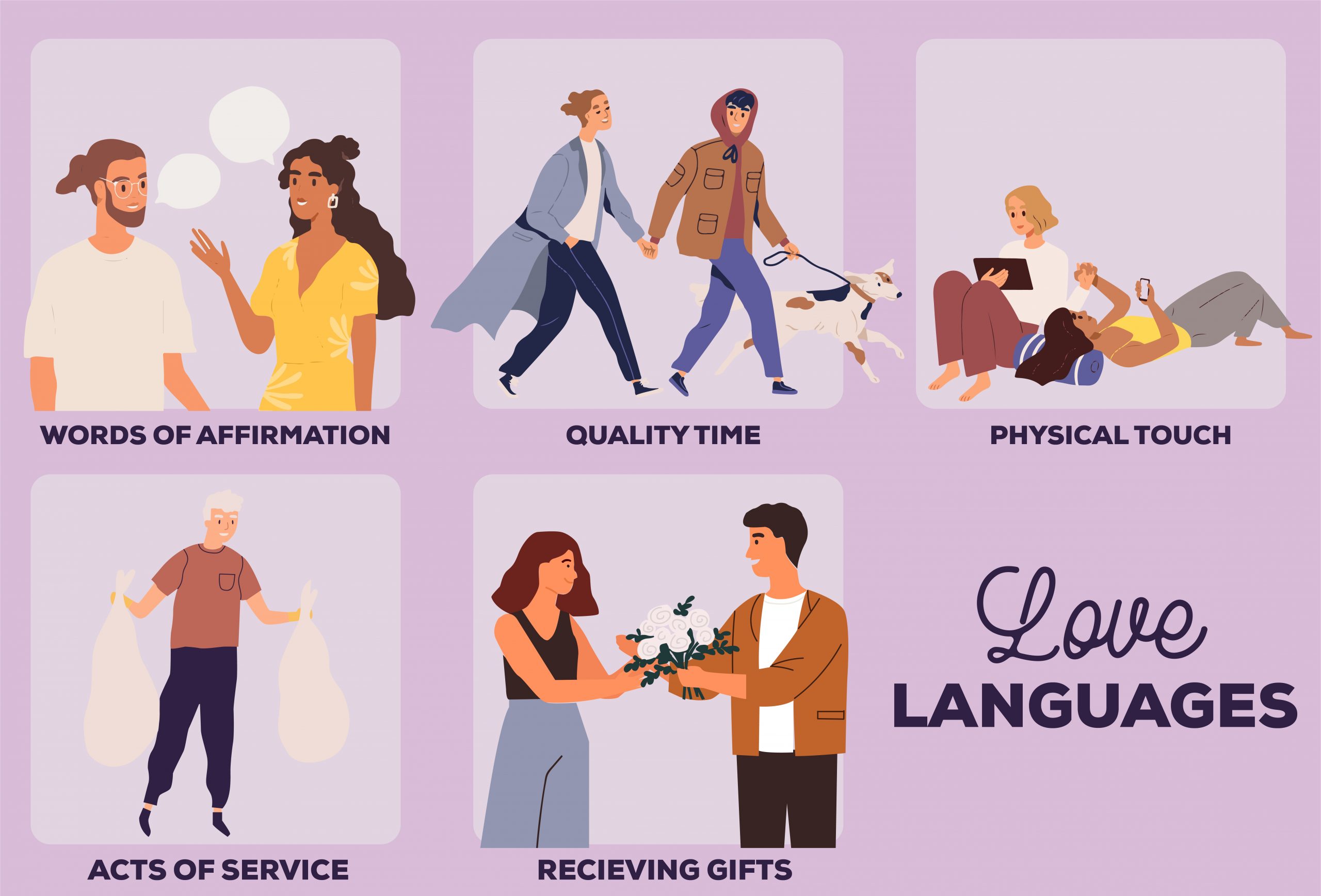 ‘Tis the season of love and sickeningly cute couples. We’ve got to ask ourselves, “How do they make it work so perfectly?” While realistically we should know nothing is perfect, sometimes people really do make it seem like happily ever after is possible.

A big part of making a relationship work out is knowing how to show love and appreciate the love that your partner gives. And as it turns out, there is a real language of love, or rather five languages of love, that we all have.

Mary Mcfadden, an administrative assistant for both the department of Education and family studies and human development, said it’s important to know someone’s love language in a relationship because you need to understand what makes someone uncomfortable and what makes them feel loved.

“One thing my husband knows about me is I have an issue with touch; it has to come on my terms and in certain ways,” McFadden said. “Because he recognizes that I am not normal in that way, he knows when to back off physically and when he can approach me physically.”

McFadden also said love languages can clash with one another and cause dysfunction in a relationship. McFadden said an example was when her daughter was dating a guy who constantly gave her gifts, and she broke up with him because he was giving her too many.

“If you don’t know the right one, you’re going to have some problems,” McFadden said. “[My daughter] felt that he thought that their relationship was going to go on longer and deeper than she thought it would be, so she ended up breaking up with him.”

McFadden said the best way to learn your partner’s love language is by observing how they express love, and by simply asking what it is.

“If you’re open to learning what the other person’s love language is, then you can recognize when they are expressing what they need, and then you supply that need,” McFadden said.

She also said she believes there is a sixth love language, which is laughter. McFadden said not only her husband, but even her kids, express their love for each other through joking and teasing.

McFadden said it has to be done right because “nobody ever just jokes in the sense of trying to manipulate someone’s actions or behavior.” She said because of that, laughter is the most important love language for her family.

Ashlyn McKenna, a junior English major from Gunlock, said her love language is quality time. She said she expresses love through serving people and noticing little things about people.

“As far as what I want my husband to do, I like when he prioritizes me and puts me first,” McKenna said. “He loves gifts and physical touch, so he loves tangible things. It’s kind of funny, different love languages that you have to learn.”

McKenna said it’s important to be able to know her spouse’s languages because if you don’t know them, then it’s hard to develop a healthy relationship.

“If I can make him feel loved, and if I can feel loved, then I think it’s all the more better,” McKenna said. “We help each other feel important.”

Jackson McKenna said he expresses his love language by “kissing his beautiful wife.”

“When [Ashlyn] gives me kisses and spends time with me and on date nights, I feel loved,” Jackson McKenna said. “When she leaves me little notes and serves me, I also feel loved.”

Jackson McKenna said it’s important to recognize when someone is showing their love, and that you need to make sure to verbally express that to them.

“I think it helps them realize that you appreciate them and that you received that love that they sent that way,” Jackson McKenna said.

“I love that he has a different love language than me because it helps me have a new perspective,” Ashlyn McKenna said. “It’s kind of become my own in a way. I just love giving him a kiss or giving him a hug or surprising him with something I saw at the store and seeing him find joy from that.”

Ashlyn McKenna said finding out someone’s love language is important to having a meaningful relationship with that person. Everyone wants to feel loved, and making sure you can love your partner to the fullest extent is not only important, but it can make you happier as well. If you want to find out your love language, there are quizzes for that.

“I think in a way it’s a selfless thing; you have to really go outside your comfort zone,” Ashlyn McKenna said. “That way, I know how to help him feel loved.”