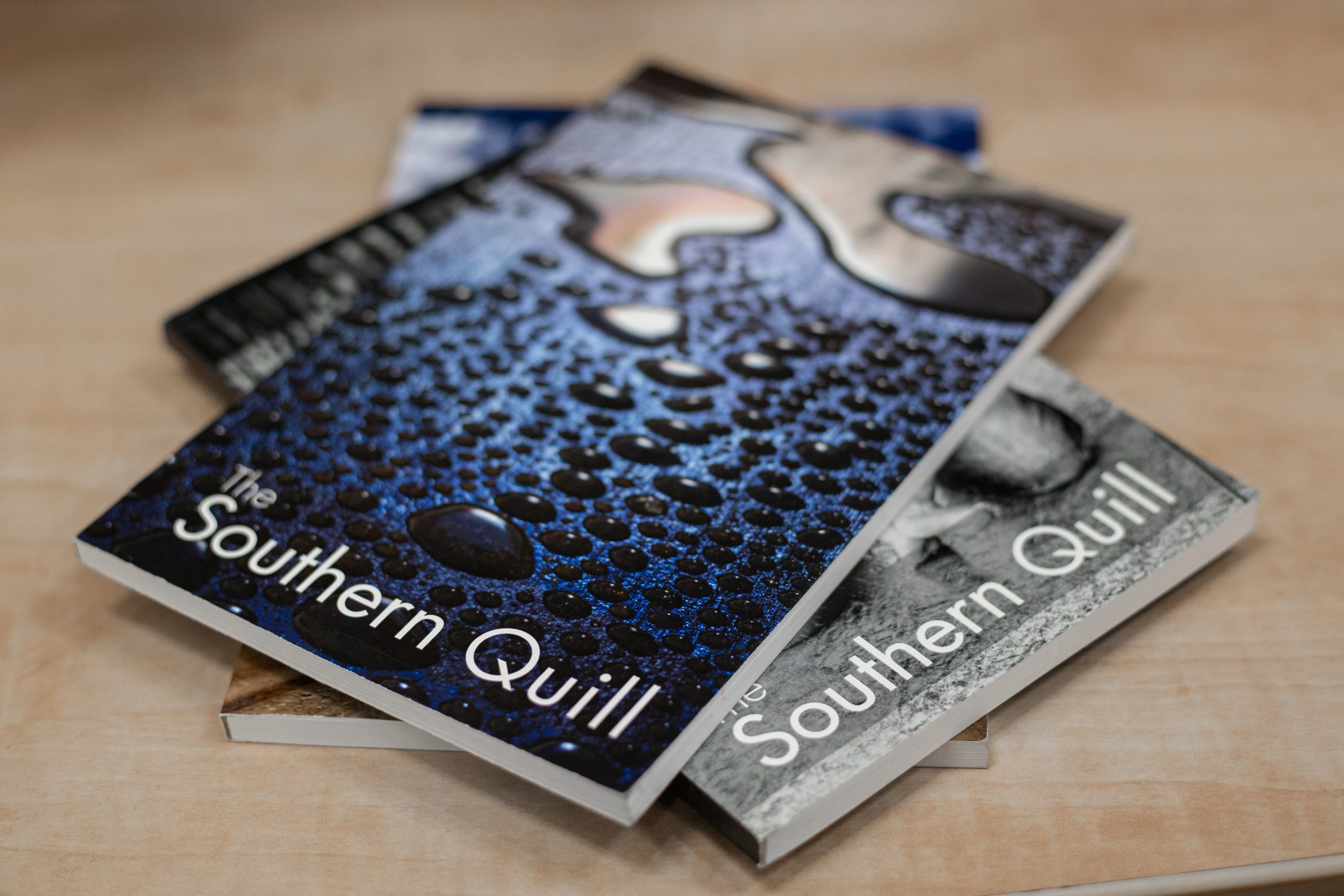 Cindy King, The Southern Quill’s adviser and an assistant English professor, said this is a unique accomplishment for a literary arts journal since some of the most notable ones in the country have been around for only 10-20 years.

Working on a literary journal like this is “a labor of love,” King said. This is because of the countless hours spent going through the stories and art and working with donors and editors.

“Seventy years is a huge accomplishment; clearly, I didn’t found the journal, and I’m standing on the shoulders of all the devoted editors that came before me,” King said. “The journal is becoming something more legitimate and we’re able to reach a larger audience now.”

To celebrate the 70th anniversary of The Southern Quill, King and the staff are working on a few different projects. The first of which is accepting work from not only Utah and Clark County, Nevada, but also five new states. The journal will now accept work from all of Nevada, Idaho, Arizona, Colorado, New Mexico and Wyoming.

“This is going to give students a larger real-world experience where we’re working with people from the region rather than from just the local area,” King said.

King said the biggest task and accomplishment is being able to upload the archives of The Southern Quill to its website.

King said: “You know, how cool would that be? Someone from 1973 who published a poem in The Southern Quill will be able to go, ‘Hey, that’s me!’”

The Southern Quill has a total of four genres — fiction, creative nonfiction, poetry and visual arts — plus a section for young adults aged 13-17.

“It’s an opportunity for students and the community to be able to get published with or without formal training in art and English,” said managing editor Mary McFadden, administrative assistant for the department of education and family studies and human development. “Number one is that you are published in an established journal… you get real-world experience working with editors… and it’s a tangible resume item that you can show somebody that says, ‘Look, I’ve been published in a journal.’”

The Southern Quill is holding its annual open mic night virtually on Feb. 26.

“It will give students the opportunity to learn about the journal and share some of their work with us,” King said. “One advantage of Zoom is that our contributors that live far away from Utah will be able to contribute to our reading.”

The Southern Quill’s events, such as its open mic poetry night and submissions, can be found on the journal’s website.