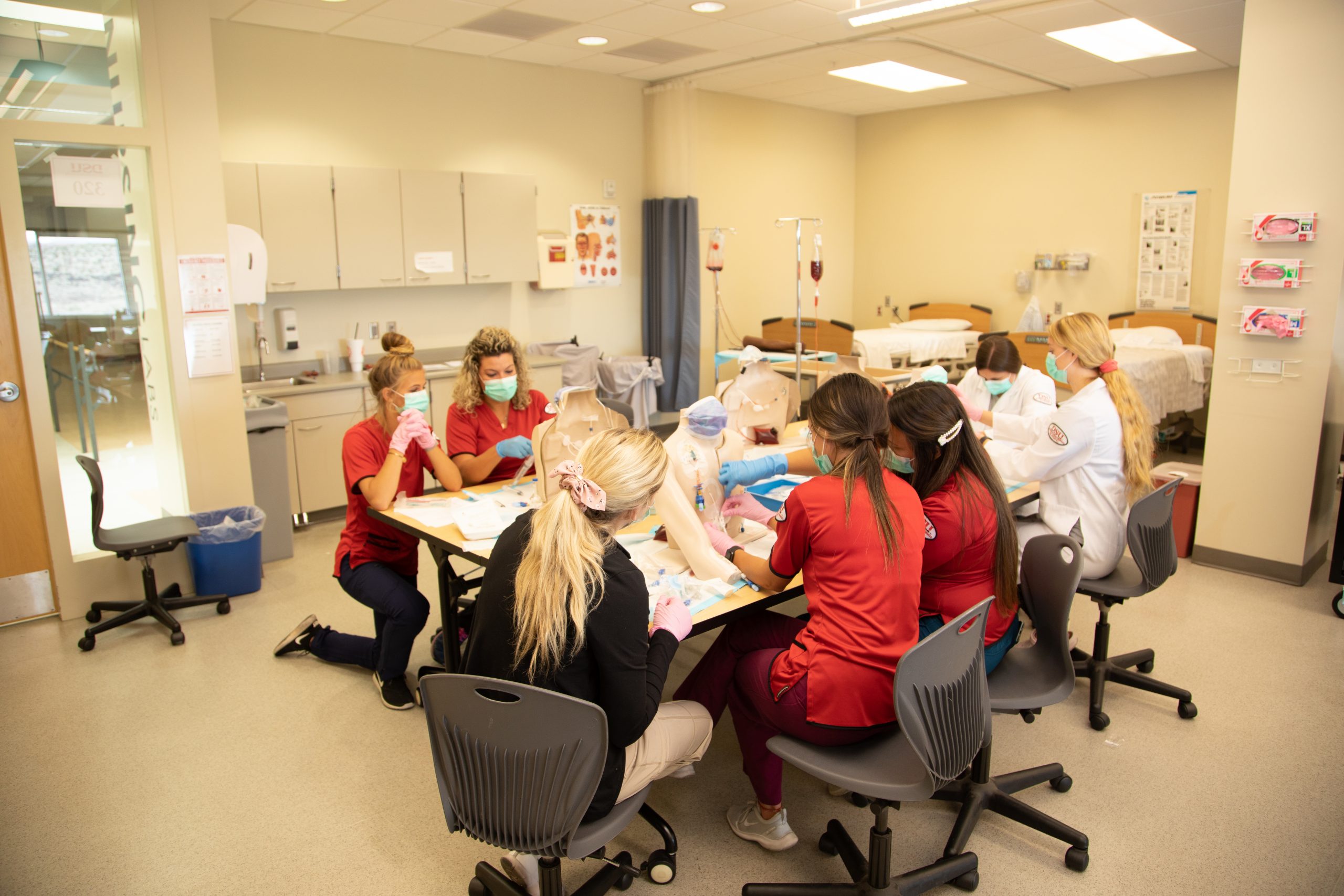 Individuals who are part of the nursing program practice their skills on dummies. While it seems the number of pre-med majors is increasing around the country, DSU's seem to remain the same. Photo courtesy of the DSU website.

There has been a dire need for medical staff in the workforce since COVID-19 broke out throughout the globe. Amazingly, since the pandemic began, there has been an influx of students pursuing pre-med and applying to medical school, something experts are calling the Fauci Effect.

The influence of Anthony Fauci, chief medical adviser to the president, on controlling COVID-19 has inspired this much-needed growth of pre-med students and medical school applicants. However, despite the significant uptick of pre-med majors across the country, Dixie State University’s pre-med enrollment numbers have remained steady.

DSU usually has 800-900 pre-nursing students enrolled at any given time, and the numbers haven’t changed much in the past two semesters.

“The nursing program is very competitive, and we typically have between 85-100 applicants per fall and spring semester,” pre-nursing adviser Amber Denning said. “I don’t think it has changed much in the past two semesters since we have such a large volume of pre-nursing students.”

Pre-med advisers and medical professionals alike have expressed how arduous applying for medical school can be, emphasizing the financial cost and plethora of science courses required to even be eligible to apply.

Nevertheless, the current pre-med and science students at DSU still see Fauci as a role model for their continued schooling.

“Our pre-med students look up to him and he has given them hope that in a world full of so much static on science, that if you stand true and speak to your truth you can cut through the misinformation and still have a positive impact,” pre-professional adviser Doug Sainsbury said. “I imagine you’ll have more of our current pre-med students interested in studying infectious disease and epidemiology because of Dr. Fauci.”

Many currently enrolled pre-med students have been unfazed by COVID-19 in regard to their academic and professional goals. In fact, some have even been emboldened by it. Kory Foland, a junior exercise science major from Frederick, Maryland, mirrors this sentiment.

Foland said, “The pandemic has helped me see that medicine is always progressing and changing, and it’s important for doctors to continue to learn and look for the best ways to treat patients.”

Furthermore, DSU’s Rural Health Scholars program is stronger than ever and is even in the process of developing a new course.

April Heiselt, program manager for the Utah Center for Rural Health, said the course is designed to give pre-med majors a more comprehensive outlook on what their options are.

Heiselt said: “Some folks are going to be very familiar with the medical field, but some may not have heard of radiology, podiatry, speech language pathology, things like that.”

The course may start as soon as fall 2021, and it will be called “So You Think You Want a Career in Healthcare.”

In addition, a virtual job-shadowing program is also being developed for Rural Health Scholars where different providers are interviewed by students about more personal things like work-life balance and finances. Heiselt said by giving students a closer look at the day-to-day lives of working medical professionals, it will hopefully take away some of the uncertainty that comes with choosing a career that can take up to a decade of preparation.