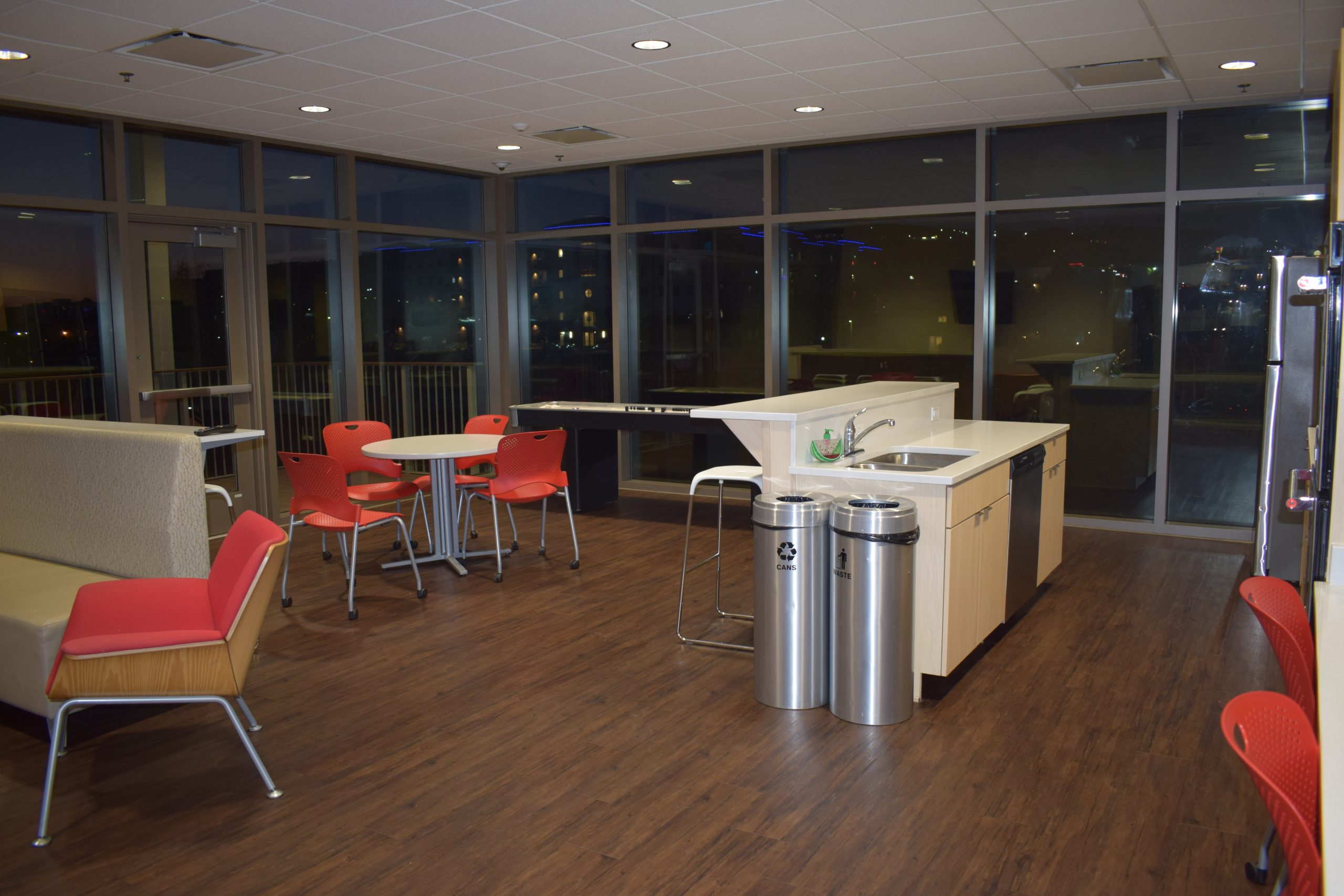 On-campus student housing requires residents to use small community gathering rooms to have guests instead of in hosting in their rooms. Bailey Chism says this is not a safer option. Photo by Bailey Chism.

Due to COVID-19, students living in the on-campus dorms have been given a no guest rule for their dormitories. This policy doesn’t make much sense due to the fact that we are all going out onto campus and having much more contact with people than we would in our own dorms.

Many students are upset over this rule — for good reason — and have found their own ways around it, like sneaking in their friends only to have them kicked out a short time later. There’s not much of a point in kicking them out once they’ve already been inside, though. After all, contact has already been made during the time students are spending together outside of classes and dorms, so there’s no stopping it at that point.

Residents have been given permission to use the community game rooms as a place to hang out with their friends. As students use those, there are going to be a lot more people crowded into a small room. That’s only going to cause more harm than good. If anything, it’s going to spread COVID-19 faster than if they were allowed to take their friends to their rooms.

After speaking with several students living on-campus, it seems to be an overall agreement that the no guest rule isn’t worth it. It isn’t going to do any good, especially with roommates that have lives of their own. If both residents are going to be around different people and tracking that back to the room, there doesn’t seem to be much of a difference in allowing them guests. With all of our in-person classes, lives outside of school, jobs and everything else we’re doing, bringing a friend back to your room shouldn’t be as big of a deal as the housing department is making it out to be.

Residents don’t think they’re getting the social life they should be getting either. Additionally, Seth Gubler, director of housing and resident life, agrees that it has affected student life to some extent.

Gubler and multiple other departments were directed by the Dixie State University COVID-19 Taskforce to create the no guest rule and implement it throughout campus housing.

“In collaboration with my department staff, we determined that limiting guest accessibility to the living units would help reduce the number of positive COVID-19 cases in on-campus housing,” Gubler said.

Although, with everything we do on a day-to-day basis and all the contact we are having with people outside of our homes, there’s no point in stopping students from hanging out with their friends in their rooms. Students are allowed to spend time with friends in their community rooms, where they are within the same distance they would be in their rooms, so why not let them? It doesn’t really make much sense when you look at the big picture.

Residents are sneaking friends into their rooms anyway, hiding from the resident assistants, and causing more problems for them in the long run. Students who I’ve spoken to are beginning to feel like they aren’t being treated as adults, but they should have the right to decide who can and can’t be in their room. If students were given a little more freedom to hang out with their friends in their own rooms, which isn’t asking for much, they would be much happier with their living situations.

In the end, as students are unable to get the full social experience of college, the desire to stay on campus is going to decrease. No one wants to live somewhere they can’t spend time with their friends. I’ve already seen multiple ads from students trying to sell their on-campus housing leases on Facebook Marketplace.

If changes aren’t made to the on-campus housing rules, DSU could very well be losing its residents over the next semester or two.