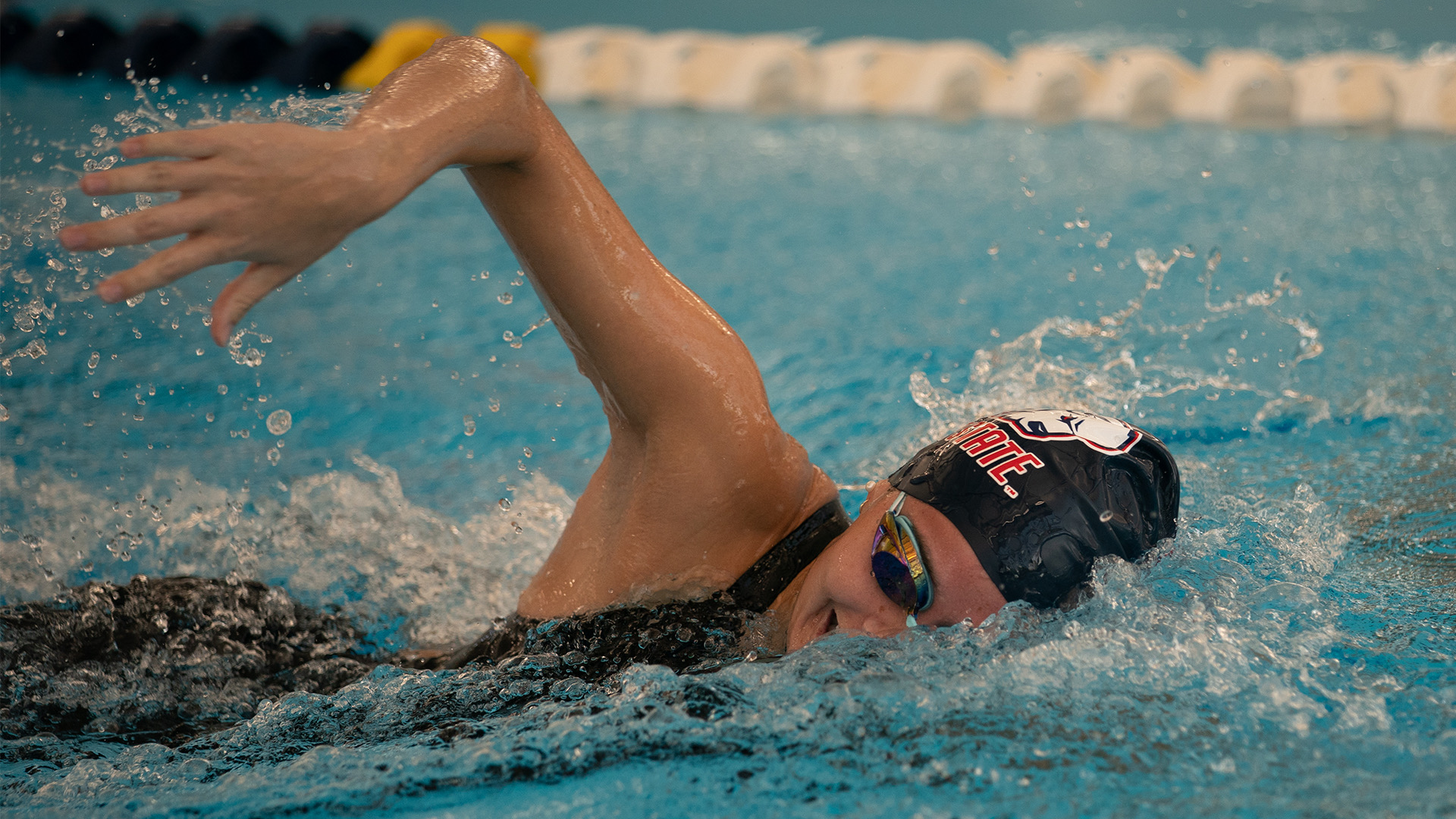 Dixie State University women’s swim has had a rocky start to Division I but has a promising future.

The team counted two losses in the Northern Arizona and Grand Canyon dual meets on paper, but for head coach Tamber McAllister, those two meets showed a lot about where her team stands with their race times.

McAllister said the times the team has are where she wants, now it is just about fine-tuning the details of competition like who is strongest on what events and racing order tactics.

McAllister said the lack of competition has made the jump to DI difficult. The team competed on Nov. 7 against Brigham Young University but then had over two months before its next meet on Jan. 15. The team has just one month and two meets before the Western Athletic Conference Swim and Dive Championships Feb. 17-21.

The abridged schedule for the 2021 swim season has made goal-setting daunting for the DSU swim team.

“If you think about the way people are successful at goals, it’s from failure and then readjusting and going at it again,” McAllister said. “So, to only get three or four chances at your goal, it just decreases your chances of reaching it.”

Kathryn Carter, a freshman nursing major from Waldorf, Maryland, said not having a proper end to the 2020 swim season to see where she stood and the uncertainty of just not knowing if competition will happen was difficult.

Akalia Bostock, a freshman biology major from Provo, said, “Goal-setting has been really hard because we just didn’t know if we were going to be able to compete.”

“This year it’s been a little bit harder to keep the excitement level up and motivation,” McAllister said. “The motivation is still there, but it wavers a lot more when you don’t have the meets as often.”

McAllister has worked to make a practice environment that helps create a competition feel and helps the team members see where they stand. The team does games and races against one another to create a balance of fun and keep the motivation up while still creating that competitive atmosphere.

“If you think about the way people are successful at goals, it’s from failure and then readjusting and going at it again.”

The incoming class of freshmen has helped with the jump to DI, with freshmen taking six first-place, three second-place and nine third-place finishes through the two meets.

“[The freshmen are] just a fun group of girls that bring a lot of talent to the team,” McAllister said. “They’re always looking forward to getting better and improving and that raises the level of the entire team.”

The DSU swim team is looking to drop its times in its final two meets before hosting the WAC Swim championships in February.

McAllister said she is excited about not only getting to host the WAC Championship, as it’s the team’s only home meet of the season, but also getting to show the rest of the WAC the “world-class facilities” at DSU, and she is hopeful that will encourage other schools to return for dual meets in the future.