Sports impacted by number of fans in stands 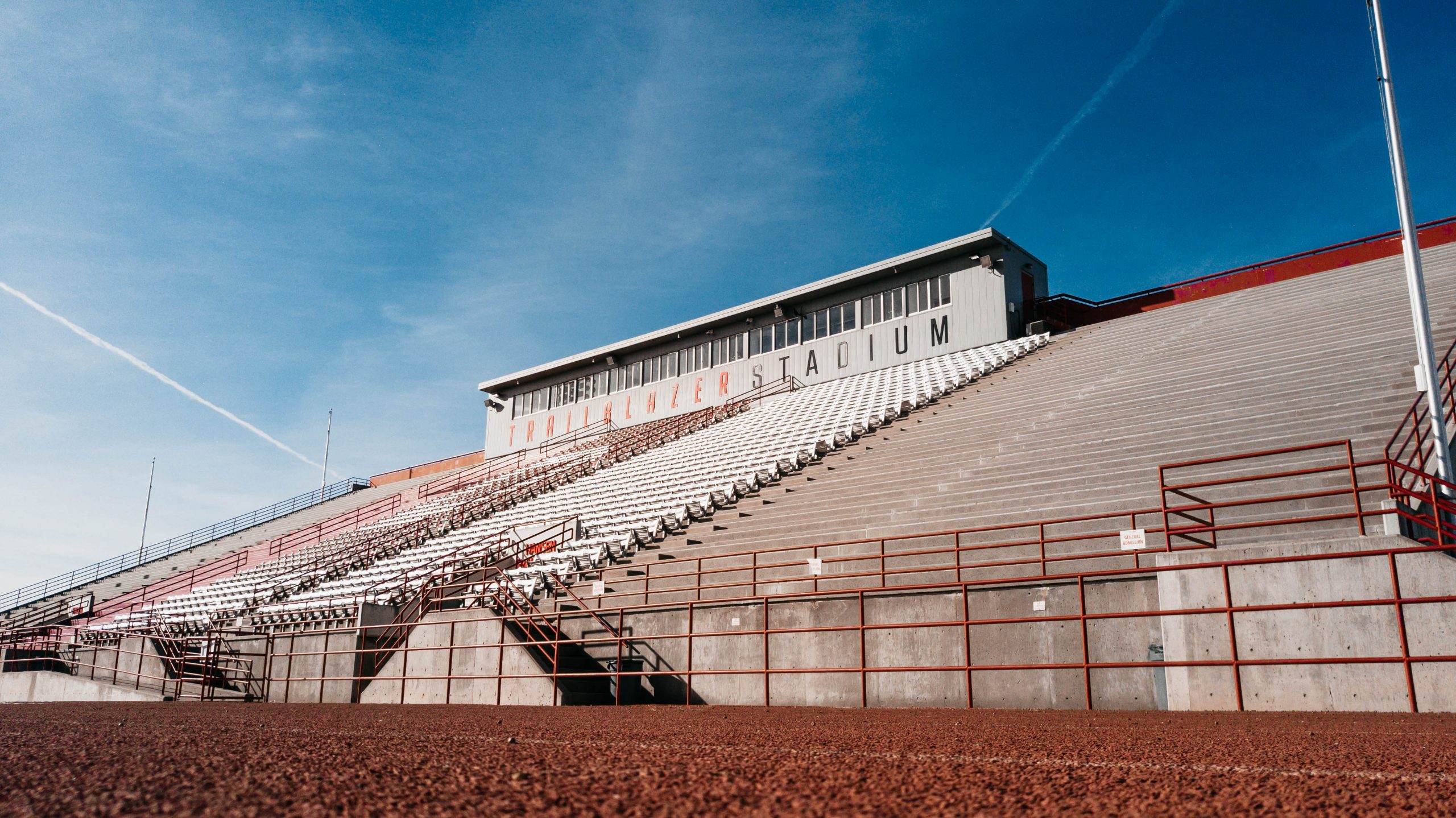 Instead of seeing packed stands for Dixie State University sports games, the teams will see a limited number of fans allowed in. The players and coaches say they are adjusting to the new normal for their sports audience. Photo by Bailey Chamberlain.

Before this 2020-2021 season, Dixie State University’s M. Anthony Burns Arena was a packed arena capable of holding 5,000 fans. This year, the arena can hold just 1,000 in attendance because of COVID-19 and social distancing regulations.

DSU basketball has held four home games so far this season, and the changes in the number of fans have been evident for both coaches and players.

“We are pretty blessed here at our home games,” said Jacob Nicolds, a junior business major from Gilbert, Arizona. “We aren’t at full capacity, but we’ve gone on away games where there isn’t anybody in the stands.”

When the Trailblazers traveled to take on the University of Denver and Gonzaga University, they took the court without any opposing fans.

“When I go to shoot a free throw in a game, and there isn’t any noise, that’s pretty weird,” Nicolds said. “I’ve never done that before.”

Not only have free-throws been different, the coaching has felt different for head coach Jon Judkins.

“[Playing without fans] is great for the road,” Judkins said. “When you go on the road, there is nothing better than to have nobody there; it’s almost like a practice.”

Nicolds also found positives while playing without any fans.

“Playing away games, it is easier in a way because you can talk a lot better with your team, and they can hear you on the floor, and you don’t have those distractions,” Nicolds said.

With one-fifth fans permitted into the M. Anthony Burns Arena, there are still quite a few noticeable differences for the Trailblazers.

“My first two years here when we’ve won home games we’ve run around and given kids high fives, which was awesome,” Nicolds said. “This year with COVID, it’s tough not to be able to do after a nice win at home.”

Judkins has also noticed the difference it makes when playing inside of a packed arena, compared to one at one-fifth of its capacity.

“Our fan base is one of the best,” Judkins said. “In DII, we were always second or third in the nation in attendance, and we have always had great support from our community and student body, so it’s hard to not see this place packed.”

Different capacities are allowed for different arenas and basketball isn’t the only sport that has had been affected by the new fan regulations.

“Every venue is different,” Athletic Director Jason Boothe said. “For basketball, it’s 1,000 or roughly 25%. Eight hundred of those tickets are distributed to boosters, season ticket holders, and player guest tickets, which leaves us room for about 200 student tickets. … Volleyball is in the [Burns] as well, so we will cap it at 1,000. Baseball is outside and there are 2,000 seats there, so we probably won’t have to monitor it too closely.”

With baseball, softball and football being held outside, there will be different regulations for the number of fans in the stands than the indoor games.

With Trailblazer football kicking off with its first home game on Feb. 27, there are still some unknowns about how many fans will be able to attend.

“There is no individual ticket game sales for basketball, but we may be able to do that for football and the other outdoor sports,” Boothe said. “We are just trying to feel our way through that, but we hope to sell tickets, and probably will be able to offer tickets for football because it is outside.”

As sports fans hope to see the action live sooner rather than later, the players can’t wait for fans to return as well.