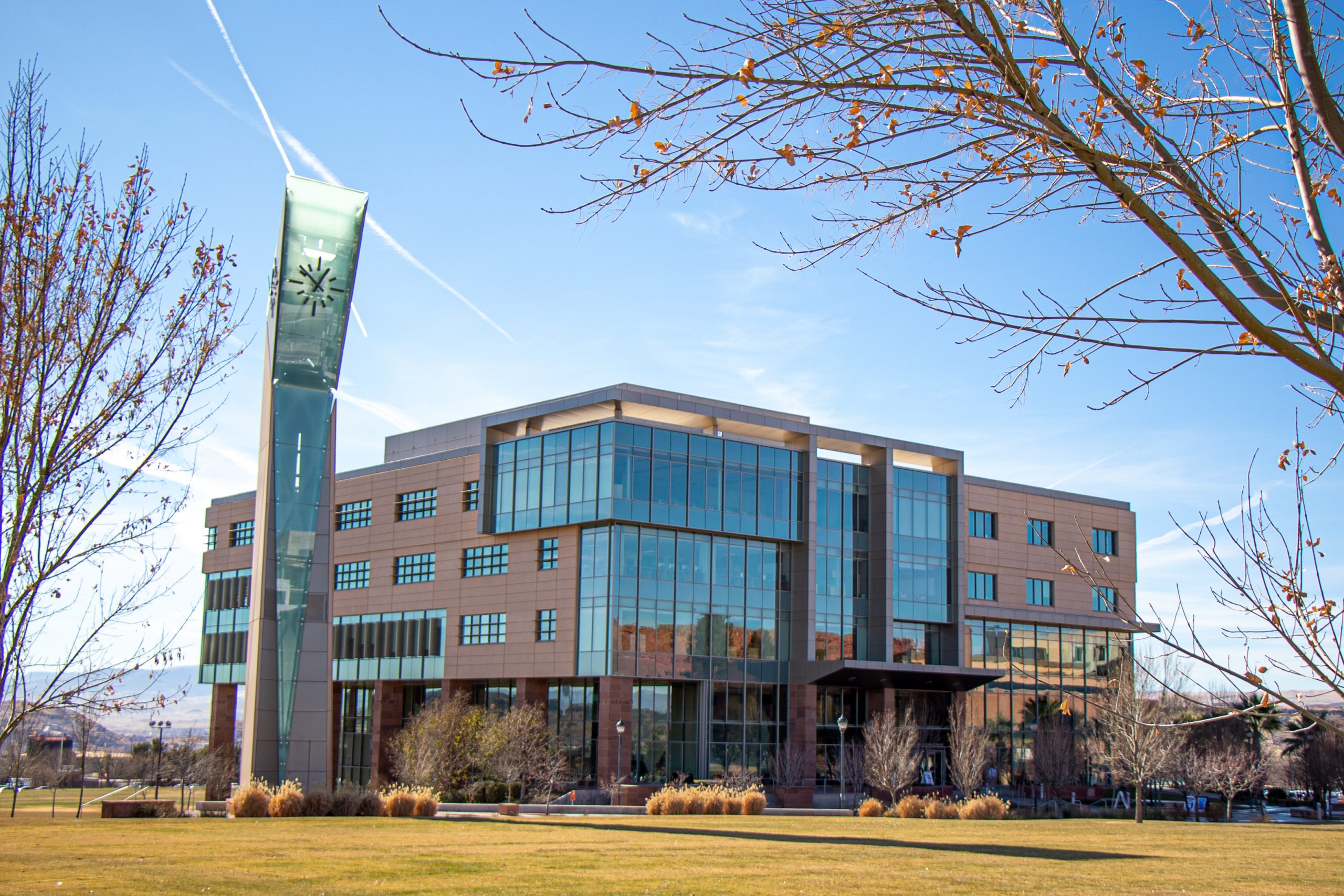 Dixie State University is in the middle of a possible name change to extract the word "Dixie" from its name. Autumn Nuzman lays out the reasons why people are against the name change, and why these are not valid reasons. Photo by Breanna Biorato.

It’s disappointing that this debate has continued to divide the DSU community considering the obvious reasons why the change is necessary.

Dixie, though perhaps not racist in its use in the local community, has a well-documented history of Confederate controversy at DSU. This poses the risk of alienating potential students who have experienced the harm associated with such Confederate use. Let’s address the reasons people continue to argue against the change:

Admittedly, the rebranding process will probably be costly, though it’s difficult to know just how costly since the DSU administration doesn’t want to talk numbers unless the Utah Legislature approves the name change.

But let’s be honest here, the costs of rebranding would’ve been significantly lower if the idea of a name change hadn’t been shot down or abandoned the last few times it was suggested, and the cost will be significantly lower now than when the university eventually expands and has its name on even more buildings and merchandise than it does now.

The longer the change is resisted, the higher the cost will be, and it’s going to happen eventually.

The argument for preserving pioneer heritage is one that continues to pop up throughout this name change debate, namely during the Jan. 11 protest when protesters were chanting, “Honor the pioneers!”

As someone who’s directly descended from at least two of the Dixie pioneers, this argument’s use at DSU needs to die.

As I mentioned in a previous article, the name Dixie isn’t part of your heritage unless you’re descended from a pioneer specifically involved in naming the region. It’s just a nickname for the local community that isn’t representative of the university’s current standards, and regardless of how innocuous it may be within the local community, its use at DSU specifically is the problem.

The use of the name Dixie in the local community may not have been intended to be racist, but the majority of its use at DSU was like a forlorn love letter to the Southern Confederacy.

Confederate imagery and traditions were introduced to DSU in the middle of the Civil Rights Movement and continued for the majority of the university’s history, and that Confederate theme combined with the term Dixie’s controversial origin does nothing for DSU’s reputation.

If the local community wants to continue using Dixie on the basis of misunderstanding and nostalgia, fine, but DSU’s reputation will struggle to be anything more than that of a glorified community college blissfully unaware of the rest of the world’s evolution if it continues bending over backward to please only its local community’s nostalgic interests.

Another argument is that people don’t want to lose the university’s traditions, though no one has specified which traditions they’re worried about. The only traditions I can immediately think of that would be impacted are the school song, a few sport-related chants, and finding a new way of referring to the “Dixie Spirit.” Seems like a small price to pay all things considered.

Your history and positive memories won’t be erased by the simple act of renaming the university; those memories will be just as intact and possibly worth even more than before since you’ll be part of the few who experienced them before the next phase in DSU’s history.

“If you don’t like it here, go somewhere else.”

The love it or leave it mentality is so toxic in its implication that you can’t love something without loving all of it. You can love DSU as an institution without loving the name associated with the more controversial side of its history.

Sending away everyone with a differing opinion just creates an unhealthy echo chamber that will be to the detriment of students who won’t know how to handle professional situations involving differing opinions.

DSU’s news bulletin on the name change from Dec. 14, 2020 states: “The [Cicero Group name change] study also indicates the institution’s continued growth … may be impeded, as 42% of respondents from the university’s recruiting region and 27% of alumni indicated that the Dixie name has a negative impact on their willingness to attend DSU or encourage a student to do so. Additionally, almost half of current faculty and staff think keeping the name Dixie will have a negative impact on recruiting new faculty and staff.”

The Faculty Senate, Board of Trustees and Utah System of Higher Education all voted for a name change. The DSU Student Association and Staff Association Board are also in favor of the change, as are the majority of current students and professors I’ve talked to about it. That should be enough.

They are the voices of Dixie State University, and they want change, so let them have it.