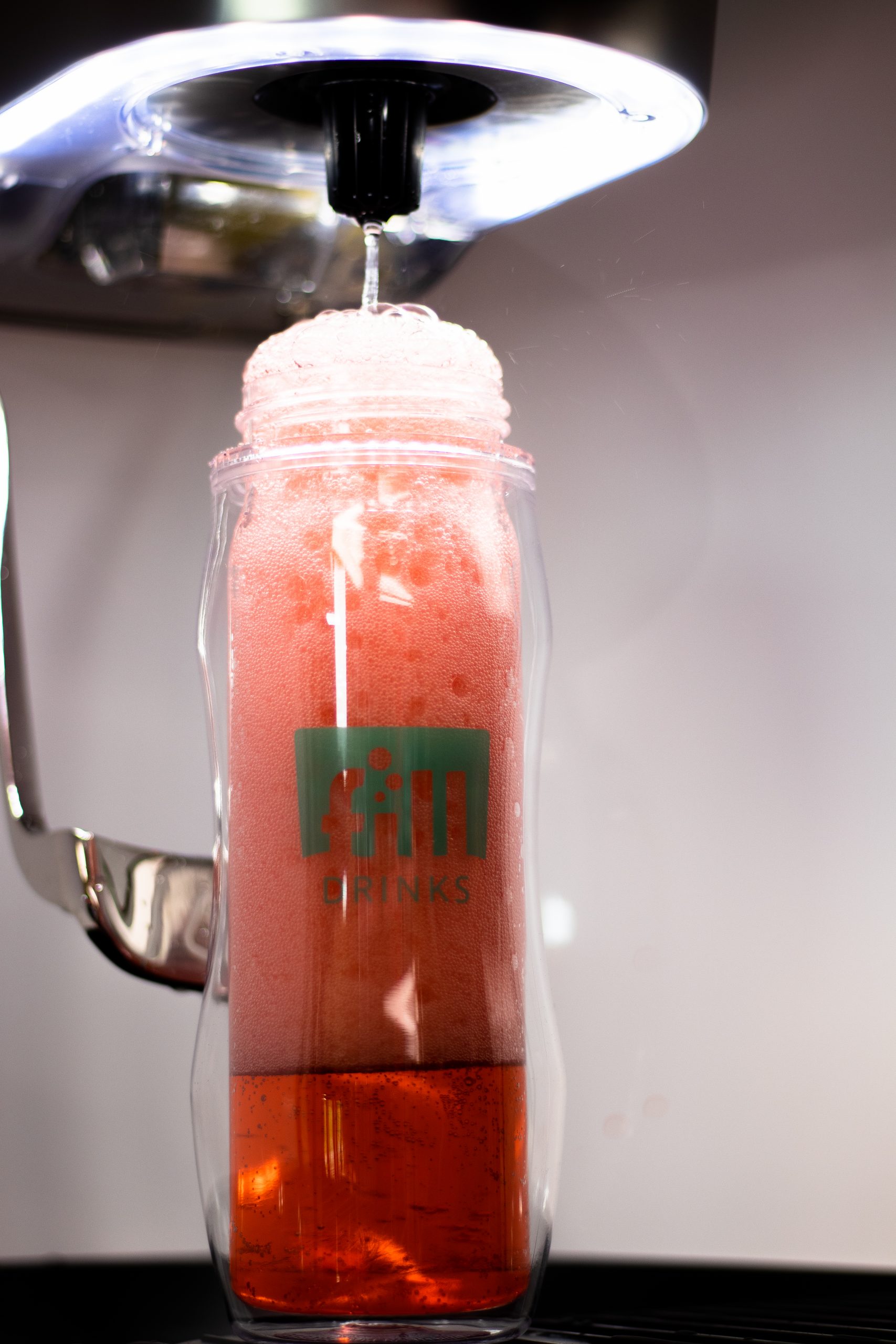 Fills Drinks is a soda subscription on campus launched at Brooks’ Stop and is continually being sold to students. Bailey Chism finds this subscription to be unhealthy and is seeking healthier food and drink options on campus. Photo by Breanna Biorato.

Soda is one of the most sugary drinks we have access to, with a regular soda containing anywhere from 80 to over 100 grams of sugar, and that’s excluding any add-ons we want.

As college students, we use soda as a way to power us through our day. According to research at the University of New Hampshire, 90% of North American adults have some form of caffeine daily. It’s easy to find a soda in any store, but there’s something on campus for students that might fuel that caffeine addiction even more.

Fill Drinks is a drink subscription service where you can get an unlimited number of drinks for $20 a month or $200 a year. Located in Brooks’ Stop, it is very similar to the Coca-Cola soda machines; there is a large variety of drinks to choose from.

It seems to be a convenient source of caffeine, but the health hazards ruin it entirely. Dixie State University needs healthier options for students on campus.

As college students, it’s quick and easy to stop by any fast food restaurant for a meal and a drink. Most of the time, that’s the first place we think to go to, especially for students who don’t have easy access to cooking supplies or even a kitchen to cook in. It has become a habit to head straight for those unhealthy options, even more so when it’s right on campus for us.

It’s going to become dangerous for us to be consuming drinks like that on a daily basis. The sugar and unhealthy calories we consume every day are slowly taking a toll on our bodies, both mentally and physically. As time goes on, students are going to feel the effect of that unhealthy food, and it can even start messing with our school performance.

A study done at the University of California, Berkeley shows that schools providing healthier lunches show significant improvement on their state test scores. This only shows how badly we need healthier options on campus. Unlimited soda seems like a really bad idea when we see how it will affect us in the end.

I used to work at a local soda shop, and it didn’t take long to figure out the effect that soda would have on our bodies.

Because the option of a free drink was available every day, I would be drinking one or more sodas a day, and it took a toll on me. As time went on, I started to feel worse and worse each day, lost more energy early in the day, had a headache almost daily, and my moods worsened. Later on, I found out it was the amount of sugar and soda I had each day.

For those students who are heavy soda drinkers, Fill Drinks would seem like a great place to go to, right? It seems to be the cheapest around if you drink soda every day, that’s for sure, but adding unhealthy habits into the equation is a very bad idea. It is an extremely unhealthy promotion of sugary drinks.

I’ve spoken to students on campus who have or had the subscription, and some have canceled because of the health habits they formed from it. The option of unlimited drinks makes it harder to resist that want, especially when they’re tired from classes and need something quick.

Well it’s definitely not the healthiest option around. It’s a clever idea, a drink subscription service, but it would be in your best interest to not have that drink service right at your fingertips.