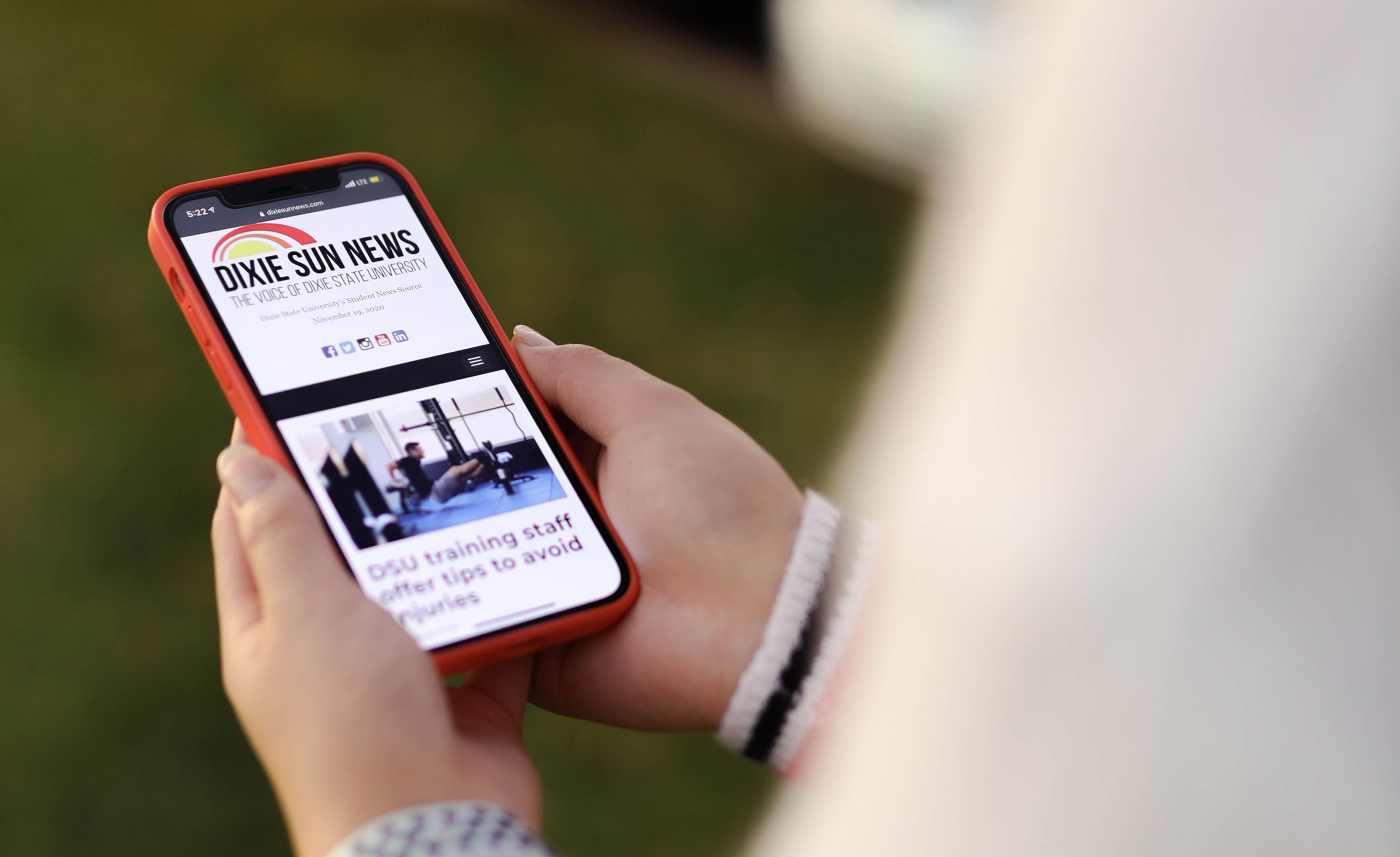 Students, faculty and staff will need to rely on web as the main source of news from the Dixie Sun News, as it is no longer printing a newspaper after fall semester due to financial issues from budget cuts and COVID-19. The last print edition will come out on Dec. 2. Photo by Misha Mosiichuk.

The Dixie Sun News is transitioning to a solely-online news format due to not having enough funds granted by the Student Fee Allocation Committee and low advertisement revenue to produce a weekly print paper.

“The university cannot bring itself to fund, independently of student fees, the newspaper,” said Stephen Lee, dean of the College of Humanities and Social Sciences. “The only way for the newspaper to proceed is to cut its costs — and again, the greatest price cost the paper faces is printing.”

According to SFAC’s website, the Dixie Sun News requested a $0.50 increase to add to their existing $0.75 student fee-funded budget. The SFAC reviews student fees every year and determines whether or not to recommend an increase or decrease to the Board of Trustees.

“I actually went to the student fee group and asked for a one-time increase to help get the DSN over a certain hump, and that was not granted,” Lee said.

Attempts to reach members of SFAC for comments were unsuccessful.

Another way the Dixie Sun News adds to its budget is through the advertisement revenue it acquires through printing a weekly newspaper.

DSN adviser Rhiannon Bent, assistant professor of media studies, said when the pandemic began and her staff stopped running the newspaper, ad revenue was shut down completely. She said this was a tremendous loss for DSN, and the future of the newspaper could have been different had the spring semester ended properly.

“Coming into this school year, I knew that it was kind of ‘do-or-die’ with ad revenue and frankly, it hasn’t picked up–really at all,” Bent said. “I mean, we’ve had a couple of ads here and there, but not nearly the kind of ad volume we were bringing in a year ago at this time.”

Bent said she is also concerned with how successful ad revenue will be once DSN transitions online. She said many companies who advertise in the newspaper prefer print ads instead of web ads.

“What people, I think, often forget is while we have the ability to sell ads on our website — and we offer that — clients don’t want it,” Bent said. “Clients want advertisement in the newspaper, so eliminating the newspaper also has potential repercussions for ad revenue moving forward.”

Lee said although it’s sad to see DSN moving on from printing weekly newspapers, journalism is evolving into a more web-based industry and this is a great opportunity for the DSN staff to produce more stories and gain more outreach.

“I think this [transition] is crucial for students who are interested in a career in journalism to understand,” Lee said. “More and more, I think that the eyes that are going to be drawn to the DSN are going to be electronic eyes, and they are going to find [it] on [its] webpage.”

Students are also embracing the transition to a solely-online newspaper.

“I read Dixie Sun News articles all online,” said Faitoto’a Faleao, a senior sports and recreation management major from Lehi. “I feel like most students I know read it that way since it would be easier and faster since we always have our phones nearby or literally in our hands.”

Chelsea Wistisen, a freshman elementary education major from Soda Springs, Idaho, said since she completes most of her classes remotely; having all of the Dixie Sun News content online will allow her to not have to go to campus to get a paper.

“I mean, it’s just so easy to go on the website and read articles instead of having to find a paper on campus,” Wistisen said. “Especially for us students who may be doing mostly online classes or other people who may not want to go to campus and risk getting COVID.”

The Dixie Sun News staff has discussed producing special print editions, but Lee said for this to happen, DSN will need to build up funds from online ad revenue in the future.