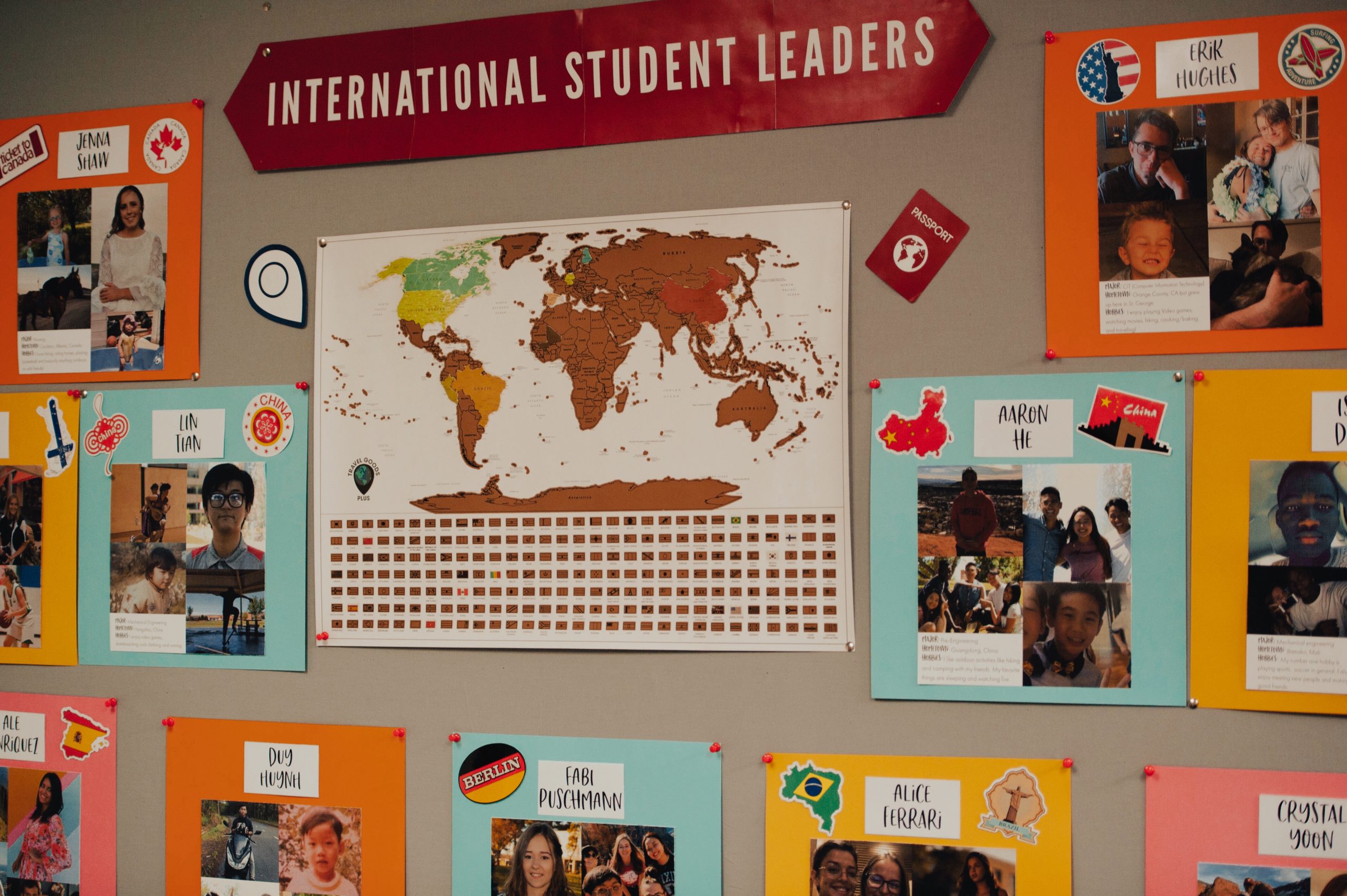 International students are honored in the International Student Center. Cultural appropriation can be offensive to cultures you are appropriating, and cultural appreciation is learning about the different cultures and celebrating them. Photo by Tianna Major.

Cultural appropriation and cultural appreciation have key differences, with one being offensive and the other celebratory.

Imagine scrolling through your Instagram feed and you see a girl whose hair is styled in cornrow braids and you say, “I like that, I’m going to wear my hair like that because I think it’s cute,” and the next day your hair is done and you’re posting a photo of yourself with the braids.

You may not see the problem with this because you just thought a style looked cute, but behind the braids is a historical significance from a culture you may not know anything about. When people from other cultures see your post, they may take it offensively because you’re appropriating their culture.

“Appreciation is celebration of another culture and/or identity without disrespecting it,”

She said cornrows are one example of culturally appropriating something. For example, when Miley Cyrus and Kim Kardashian posted photos of their hair in cornrows, it was appropriating a culture instead of appreciating it.

“Appreciation is celebration of another culture and/or identity without disrespecting it,” Toy said.

Mike Nelson, assistant director of the Multicultural Inclusion Center, said it’s like plagiarizing an essay. When you use a source in an essay, you need to give credit to the source. This is the same as wearing or doing things that you have seen from other cultures. If you are going to do your hair in cornrows, you need to investigate the culture and not just do cornrows because it looks cool.

“It’s important to be able to give credit to where credit is due,” Nelson said.

Cornrow braids aren’t the only thing that is appropriating a culture; it includes hairstyles, outerwear and things we say.

Whether it’s something someone says, wears or does, appropriation ranges from social media to in-person encounters.

Nelson said the social media campaign, “My culture is not your costume,” is an example of the effects of cultural appropriation.

Sam Tupola, a sophomore integrated studies major from Salt Lake City, said braids that originate from the African Caribbean heritage are becoming popular throughout his neighborhood.

He said even though braiding your hair or even wearing leis may look cute, it’s disrespectful because people aren’t truly appreciating what it means or what it stands for.

Not only is it taking away the meaning, but “the person [or] group that is doing the appropriation is performing a form of microaggression,” Toy said.

Although wearing clothing or doing your hair a certain way may seem subtle, it is affecting a large number of people and showing disrespect.

People can avoid appropriating a culture and appreciate it instead in a variety of ways. One way is by doing research, so you can learn about the cultures. Nelson said to educate yourself by “recognizing you don’t know.”

You can also go to discussions and workshops at DSU that are hosted by centers like the MIC.

Tupola said: “If you do find something that has cultural significance to a specific ethnicity, I would recommend to try to understand why it’s so important and why it’s so sacred to some cultures, like whatever it is… hairstyles to outerwear or anything. It would mean a lot to that community to understand why they hold it so important and it has deeper meaning rather than ‘it looks good.’”

Nelson said you are never going to not offend anyone because some groups may support things that other groups don’t, but you can do research.

“This applies to all cultural groups, and it’s not just racial groups; cultural appropriation can happen on a lot of different levels, but just know that the real harm comes from race and efficacy.” Nelson said.