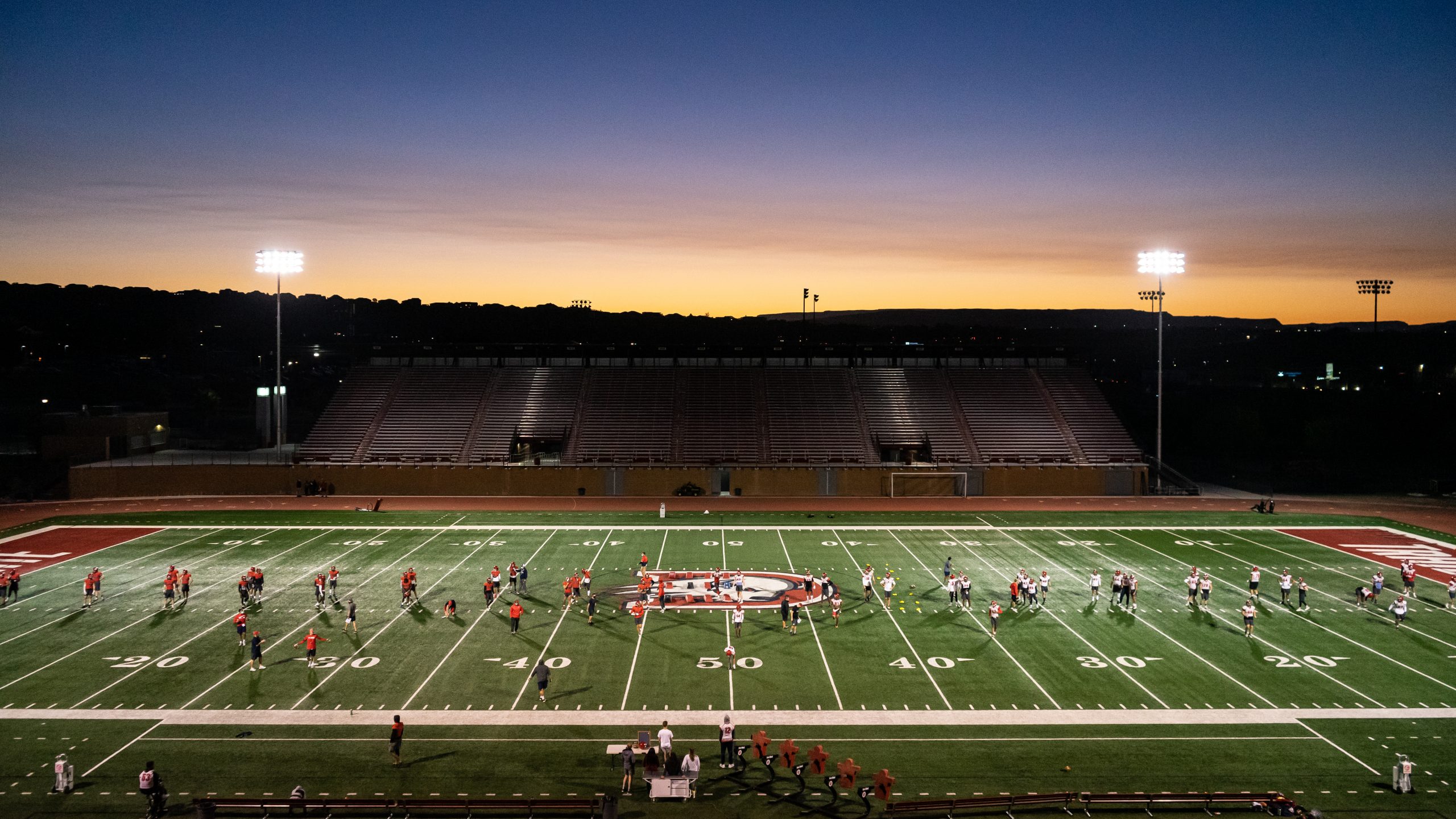 Due to COVID-19, the Dixie State University football team’s 2020 season was postponed, but it’s ready to begin the spring season.The team’s schedule is now available and will start Feb. 27. Photo courtesy of Michael Gonzalez.

The 2021 Spring football schedule has been released for the Trailblazers as they prepare to face six opponents, with the first game kicking off Feb. 27.

Dixie State university’s football program is an FCS independent program since it moved to become a Division I institution. Even before the COVID-19 pandemic pushed the football season back from fall to spring, the Trailblazers had to adapt since some of their competition is now only playing in-conference games.

“We really wanted to play some Big Sky [Conference] teams,” Peterson said. “We were on the phone with their commissioners, President Williams and Dr. Boothe went to work, really trying to advocate for us to play Southern Utah, Weber State, Northern Arizona University, and the teams that just make sense because they are really close to us. We wanted the natural rivalries.”

In-state rivalry games will have to wait until the fall of 2021, but DSU will face both unfamiliar foes and teams they have played against multiple times in the Rocky Mountain Athletic Conference.

“When I saw that the schedule was released, I was in my kitchen and got so excited,” said Devon Osborne, a senior business management major from Los Angeles. “We haven’t played football since 2019 and I’m blessed to have this opportunity to play again.”

Not only are the players feeling grateful to have a season, but Peterson also expressed excitement.

Tarleton State is in a similar position with the Trailblazers, as they too are making their jump from DII to DI. DSU squares up against the Texan Riders twice this season, and Peterson gave some insight as to what fans can expect for the first and third games of the season.

“They are well-coached, tough and just execute at a really high level,” Peterson said. “Texas football is no joke, and they’ve done a great job recruiting some great students.”

Last season, Tarleton State finished with a perfect regular season, winning 11 games in a row. They then lost in the first round of the NCAA playoffs and finished the season 11-1.

“I’m from Cali, and it’s always been a Cali vs Texas rivalry, so I’m looking forward to it,” Osborne said. “We always want to compete, so knowing that we are actually going to play when the schedule was released, the practices turned up, so we make sure we are ready for our opponent.”

For now, DSU is using this time in practice to be ready for the Feb. 27 kickoff.

“We have been out here since summer just competing the best we can and staying focused,” said Chase Hess, a senior communication studies major from Taylorsville. “There are a lot of distractions going on around us, and our team has been really strong with that of ignoring the outside world when we step on the field, and just playing football.”

New Mexico State is another independent football team that played high-caliber football teams last season in 2019. The Aggies took the turf against Notre Dame, Brigham Young University, and the powerhouse of Alabama.

“Bussing to games, flying to games, it doesn’t really matter how you get there,” Hess said. “It’s just going to be fun to be around and play ball again.”