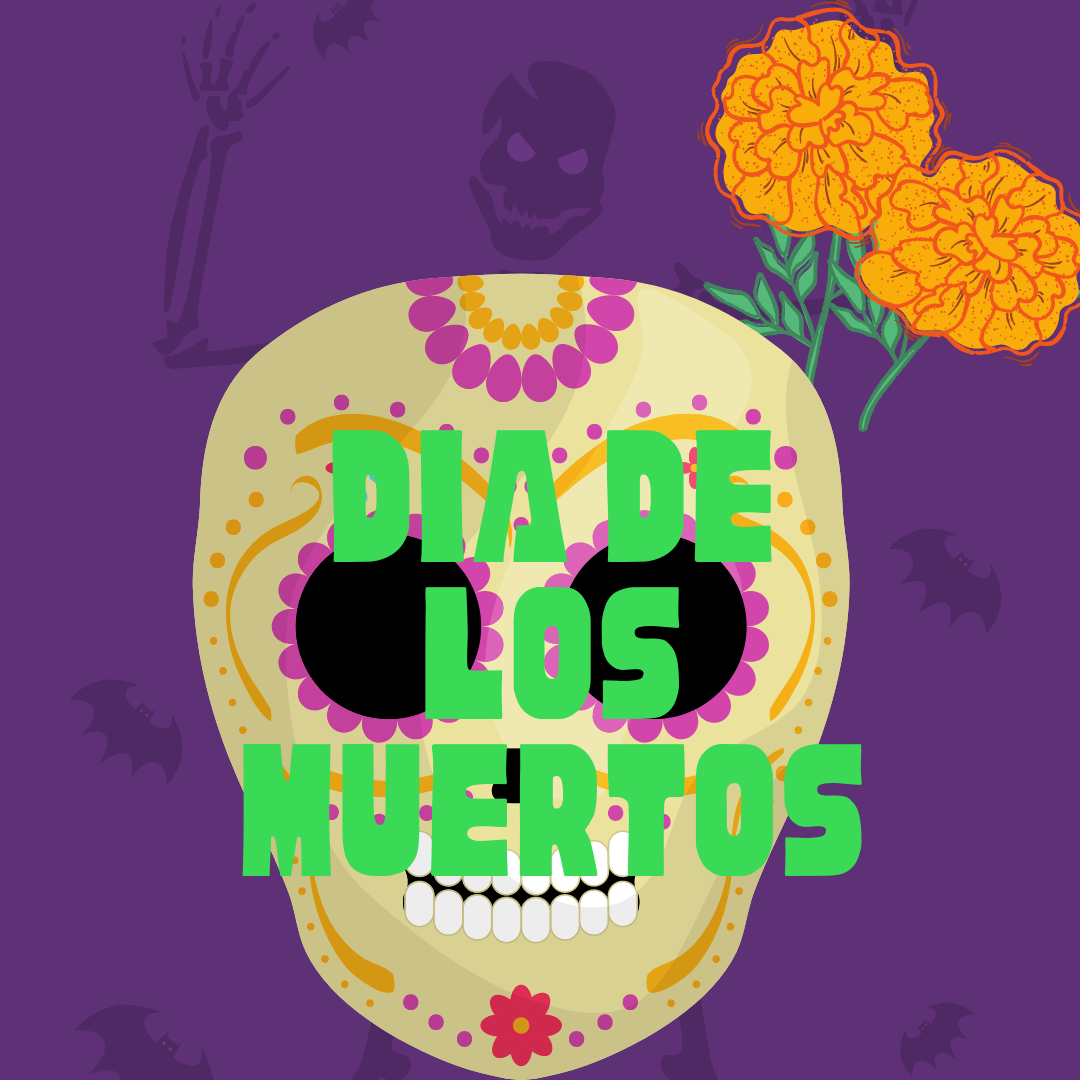 Fall comes and Halloween is everywhere, but that’s not the only holiday that is coming; there’s also Día De Los Muertos, or Day of The Dead.

Día De Los Muertos is a holiday of remembrance that originated in Latin American countries and has made its way into the U.S. It generally spans two days and is celebrated with family, including the deceased ones.

Every year, families gather to make food and lay out flowers, traditionally marigolds, to honor and remember those who have passed. Graveyards are filled with lights and marigold trails to lead the dead back to their loved ones.

Cesaria Selwyn, Multicultural Inclusion Center Coordinator for Latinx students, put together a Día De Lost Muertos celebration on campus. The Hispanic Heritage Club will be in charge of this event. They are taking over this years celebration, though there has been previous Dia De Los Muertos events at DSU.

Students can RSVP for the event to have special altars to celebrate with. The event will also include traditional Mexican food, candles to paint, and a showing of the movie Coco.

The event will have a few crafts as far as painting your own “veladora” or prayer candle that are traditionally found on altars. There will also be paper marigold flowers to make and keep for altars at home.

Coco is culturally accurate to how the holiday is celebrated in Latin American countries. It follows the story of a young boy who travels to the land of the dead on Dia De Los Muertos.

“The reason I wanted to do a Dia De Los Muertos Festival for the university, and hopefully have this be a yearly-annual thing, is because for me when I was growing up, I would say it was the most important family holiday of the year,” Selwyn said.

Selwyn said she wants to focus on bringing the culture into this event and to recognize all the different Hispanic cultures that are on campus.

“I think this is a really beautiful aspect of the culture to bring in that helps increase cultural appreciation,” Selwyn said.

The students are also looking forward to the holiday, as well as the event on campus. Carla Navarrete, a junior biology major from St. George, has family from El Salvador and still celebrates here.

“My family typically expresses this by leaving flowers on [our deceased loved ones] graves,” Navarrete said. “I love being able to celebrate my culture and show other people that part of me.”

Miranda Acosta, a junior raspatory therapy major from Las Vegas who is planning to go to the Dia De Los Muertos event, said she is used to seeing the holiday; however, does not celebrate it as much as other Hispanics.

“I love being able to celebrate my culture and show other people that part of me.”

“People usually make altars by putting pictures, favorites foods, decorations and the traditional “pan de muerto” for their loved ones that have passed,” Acosta said. “My family is from Hispanic decent, but we don’t celebrate Dia De Los Muertos as much as other Hispanics do.”

Halloween is a more known celebration in St. George and the one generally celebrated by the public; however, the two aren’t mutually exclusive.

Día De Los Muertos falls on Nov. 1 and 2 this year, but DSU has its celebration a few days before on Oct. 28 at 5 p.m., so students can learn about the culture of the holiday and make altar decorations to celebrate on their own.