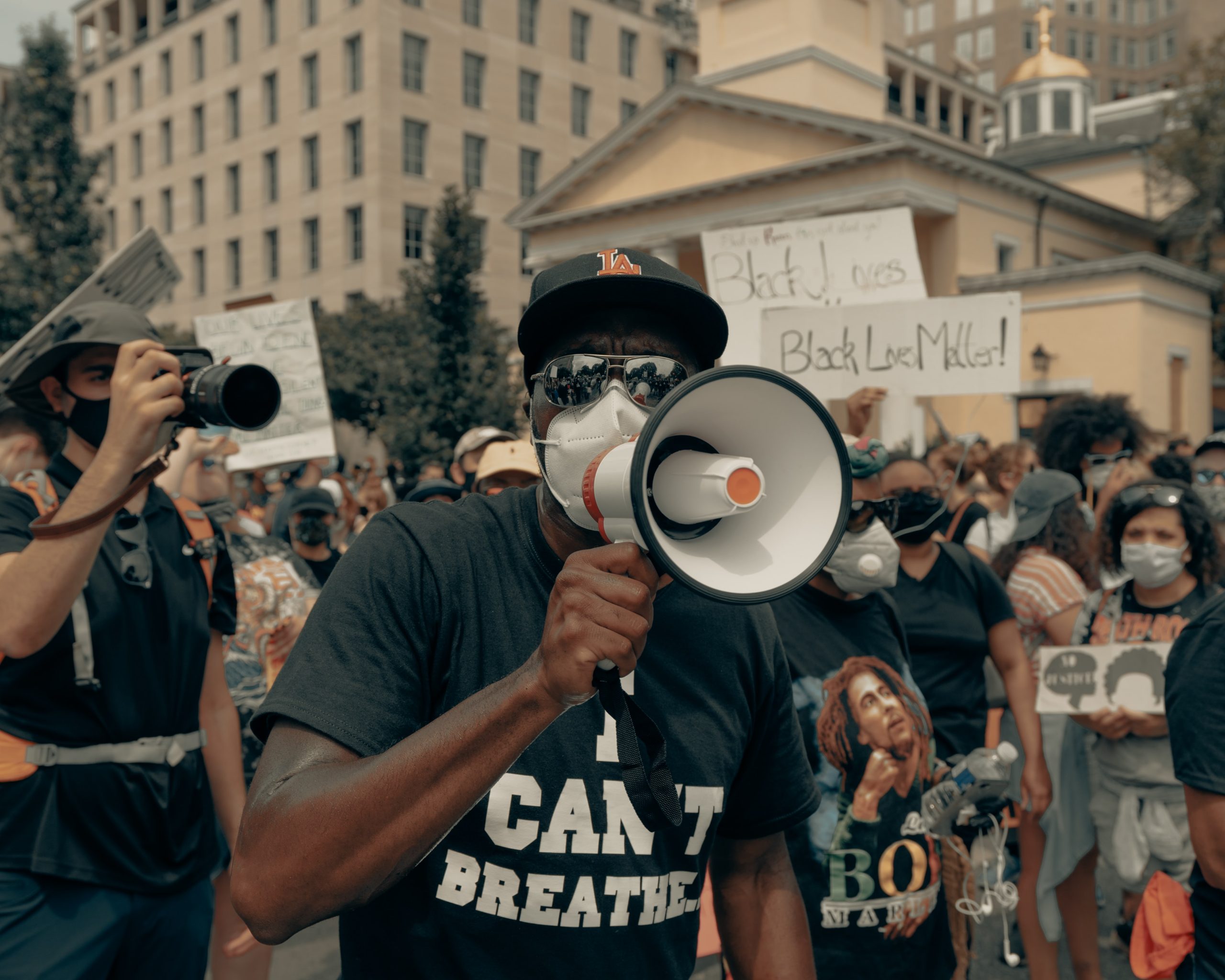 A man holds a megaphone at the Black Lives Matter protest in Washington D.C. Photo by Clay Banks on Unsplash.

Although we are told to social distance, protests are the exception. Protesting is essential.

Over the summer, protesters across the world took to the streets during a global pandemic for reasons such as racial inequality, police violence and even mask-wearing mandates.

Protesting during COVID-19 is the exception. You should still be careful, but when there’s an important issue, in-person, collective action leads to positive change.

By definition, to protest means to make a statement or gesture in objection to something. Throughout history, protests have led to real, positive change. It’s a way groups can make it publicly known that they believe something should change. Even the American Revolution included forms of protest such as the Boston Tea Party.

Collective action has been a thing for a long time. In an article about the psychology behind protesting, Nicole Fisher writes about the efficiency behind protests. When one person is talking about something, it can be ineffective in creating change. She writes, “When messaging is aligned (think hashtag campaigns), whether that be in-person or on-line, louder volume, greater funds, and more people means more time and attention on the issue at hand. Thus, our one small act feels like it carries greater weight and has more significant consequences.”

The Civil Rights Movement is an example of a protest. During the 1960s people protested racial inequality by marching, and having freedom rides, sit-ins and more. Active, in-person activism has always had a level of risk. People risked public push-back, jail, violence, and more. Violence against protesters is never OK or justified, but there is a risk. Today, there is an added level of risk with a pandemic. People risk getting sick themselves or infecting others unknowingly. There is an added amount of worry when you protest during a pandemic because you never know if someone around you is sick. That’s also a risk.

When people protest, risks are worth taking because urgent change is needed. George Floyd’s death was a tipping point for an important issue in the United States. Across the country, people came together to protest racism and call for police reform.

In early June 2020 at a World Health Organization press conference, Dr. Tedros Adhanom Ghebreyesus said: “WHO fully supports equality and the global movement against racism. We reject discrimination of all kinds. We encourage all those protesting around the world to do so safely. As much as possible keep at least one meter from others. Clean your hands, cover your cough and wear a mask if you attend a protest.”

Staying safe is still important. If you are at a higher risk of infection because of age or pre-existing health conditions, consider that before protesting. There are many things you can do in order to stay safe and still participate in protests. If you are in frequent contact with people who are considered high-risk, consider getting a test before seeing them again after a protest. If you are actively showing symptoms of COVID-19, do not join a large protest. Online activism and talking to people around you is another way to create change.

In June of 2020, thousands of people gathered for protests against police brutality in downtown Salt Lake City. I rode there with friends and we marched with the group to the police department and to the University of Utah campus. Masks were required and people stayed with people they knew.

Even with a global pandemic, if there is an issue you feel is important enough, protesting is OK.