OPINION | Celebrities should not influence voters 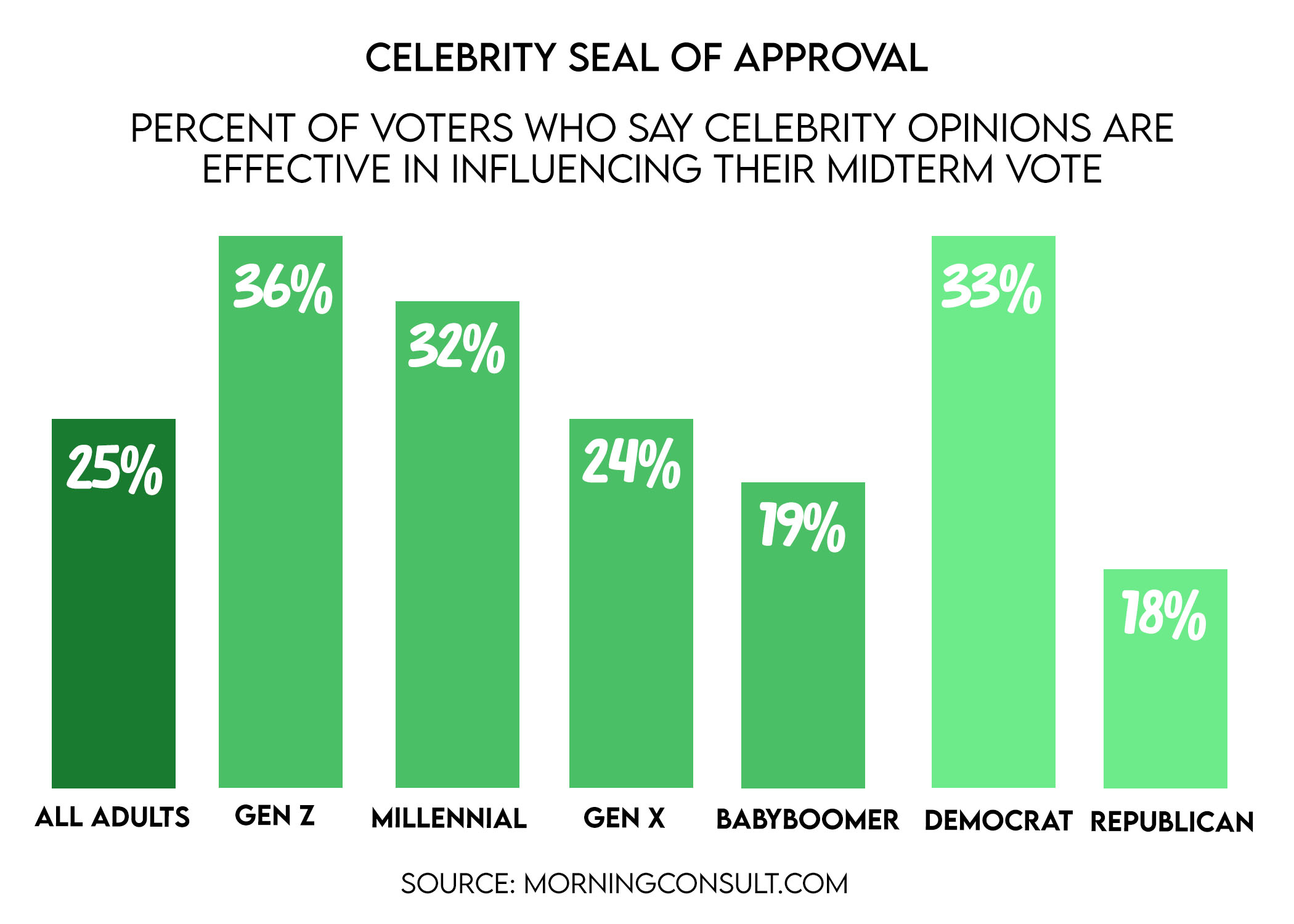 It may feel intimidating being a first time voter, especially in the tense political climate in which we all live in today; however, we need to come to our own conclusions when it comes to voting.

An article from Iowa State Daily said fanbases are just following celebrities without doing their own research on politics. While this is not the reality for everyone, celebrities need to stop being so aggressive with their endorsements.

Instead of some people going out and doing their own research, they are relying on what their celebrity idols are saying and going with what they hear on social media. The problem with this is people aren’t being accurately informed in what is happening politically in our world. If we continue to take things as we hear it, we are at risk of having no say over anything politically.

Many of the celebrities endorsing candidates on either side of the political aisle do not have any political experience, and yet they are still being aggressive in their approach to get fans to vote.

One of the big issues celebrities are perpetuating is the voting booth selfie where they are taking photos with themselves in the polling booth or are just flat out sharing photos of who they voted for.

An article from Vox said one of the issues with the ballot selfie is how it opens up the possibility for vote buying. By having celebrities post photos with their ballots, they are yet again encouraging people on who to vote for.

One of the other ways celebrities are influencing fans is the crafty way they have taken to social media to get their point across. I’ve come across social media posts and articles stating how celebrities are enticing fans with the promise of something not related to politics and in turn send them to a voting site.

For example, an article on USA Today went over how actress Kerry Washington enticed fans with a fake movie teaser and when fans clicked on the link, it took them straight to a voter registration site.

While promoting voter registration and having your voice heard is a good thing, hiding the meaning of your intended post to get fans to the voting site is misleading.

An article from PsyPost stated, “People who read about the celebrity endorsements were more likely to agree with them.”

If fans have a favorable view of certain celebrities, they are more likely to be influenced by those celebrities.

While not everyone is following what their favorite celebrity has to say, we need to start taking a step back and doing our own research on things before we feel pressured to vote a certain way. No one should be pressuring you into voting a particular way; if you aren’t sure what to do, fact-check for yourself, do the research and respect others who may vote differently than you.